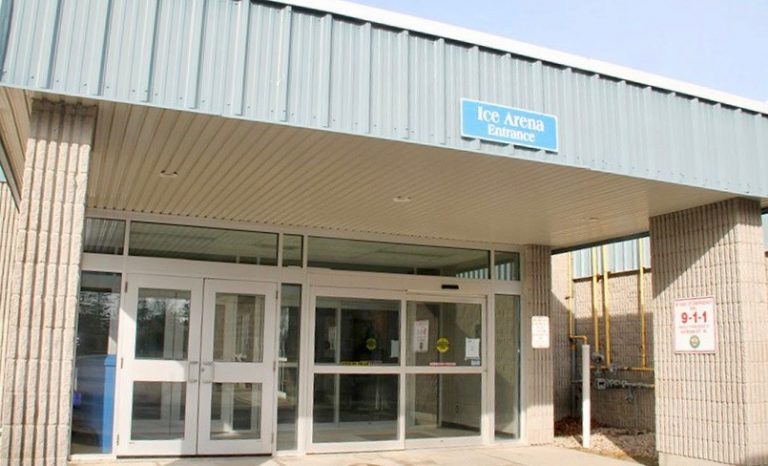 With an exception for youth participating in sporting activities, proof of vaccination will be required to enter community centres in Mapleton, including the PMD arena in Drayton, after Sept. 22. Advertiser file photo

MAPLETON – Members of the public will need to be fully vaccinated against COVID-19 (two doses plus 14 days) and provide proof of vaccination along with photo ID to enter municipal community centres in Mapleton as of Sept. 22.

In a Sept. 15 press release the township stated the new regulations will apply to the PMD arena in Drayton, the Maryborough Community Centre in Moorefield and the Alma Community Centre.

The township made the move to comply with new provincial mandates for higher-risk indoor public settings where face coverings cannot always be worn.

The release notes patrons under 18 years of age who are entering the indoor premises of a facility used for sports and recreational fitness activities solely for the purpose of actively participating in an organized sport will be exempt. The exemption will not include any spectators, parents or guardians, the township stated.

Another exemption will be made for municipal council meetings, which are currently being held in the township’s three community centres on a rotating basis.

Starting with the Sept. 14 meeting, held in Moorefield, the township has begun a return to in-person meetings after meeting mostly through online forums since the pandemic began.

Davidson told the Advertiser in a Sept. 15 telephone interview that guidance from the Association of Municipalities of Ontario states “municipal council chambers are not considered meeting spaces under the (provincial) regulations.

“So wherever we take our council meeting … as we’re moving it each of those facilities will become a council chambers and it is not considered a meeting space, it’s considered a work space,” Davidson explained.

“We’re double checking that right now because we want to make sure,” he added.

In an email to the Advertiser later on Sept. 15, Mapleton CAO Manny Barron confirmed the township will not be asking for proof of vaccination to attend council meetings.

“We feel we are an essential business, therefore, should not take that route,” Baron stated, adding vaccination will not be required for people visiting the township’s administration office.

The announcement about the vaccination requirement comes on the heels of newly-released data indicating Mapleton has the lowest vaccination rate in Wellington County.

Mapleton, with a population of just over 9,000, has a vaccination rate under 60 per cent for both first and second doses.

The Town of Erin, with a population of about 10,500 is the next lowest, with 70 to 79% of residents having received a first dose and between 60 and 69% of residents fully vaccinated.

In Minto and Guelph-Eramosa, the health unit reports 70 to 79% of residents have had their first dose and the same range are fully-vaccinated.

Centre Wellington and Wellington North have the highest population of fully-vaccinated residents, with 80 to 89% fully vaccinated, and the same number for single doses.

Mapleton’s vaccination rate is also the lowest in the entire WDGPH region.

The City of Guelph has a vaccination rate of 90% for residents with first doses and 80 to 89 per cent of the city’s population is fully vaccinated.

The lowest vaccination rates in Dufferin County are in Amaranth, Melancthon and Mono, which are at 70 to 79% for first does and 60 to 69% fully vaccinated.

Davidson said he was aware of the township’s lower vaccination rate before public health began publishing the figures.

“I’ve actually known all along without them posting it; I’ve been kept up to date along the way,” he told the Advertiser.

Davidson stated he does not know the reason for the lower vaccine uptake in Mapleton.

“Why they’re choosing not to? I’m just going to assume that it’s a personal choice.”

The mayor said the township has been promoting vaccinations since they became available and doesn’t anticipate taking any additional measures in response to the low local uptake.

“We have promoted the vaccination all along. I’ve done it through my social media. The township’s put it on their social media, other council members have done the same,” Davidson said.

“We’ve been talking to a number of different groups and we just have a number of people that have chosen not to get it at this time.”

He added the township has also participated in print media and radio campaigns promoting vaccination.