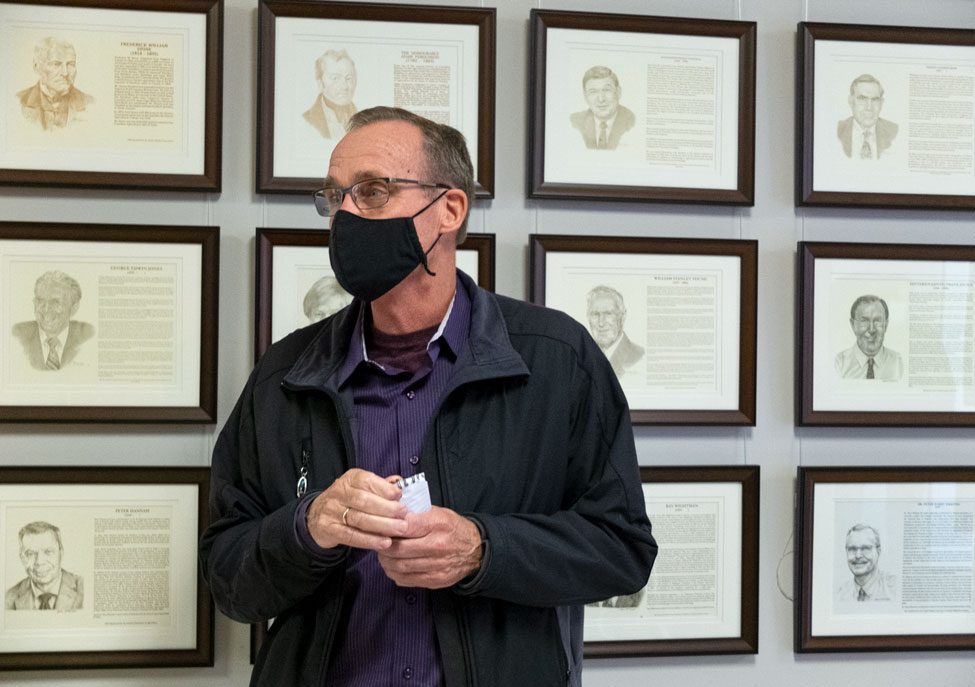 Ontario Agricultural Hall of Fame inductee Peter Sikkema speaks at the Oct. 17 unveiling of a plaque, now hanging on a wall at the Wellington County Museum and Archives, commemorating his recent induction. Photo by Jordan Snobelen

ABYONE – Peter Sikkema is having a lot of fun at 63 years old.

He admittedly still wakes up too early and works too many hours, but the extension agronomist turned university professor is right where he wants to be: guiding agriculture’s future leaders.

And after a recent unveiling at the Wellington County Museum and Archives, he now has a place on the county’s agricultural “wall of fame.”

Inducted into the Ontario hall during a virtual ceremony in June, Sikkema’s plaque was unveiled in Aboyne on Oct. 17, with a small gathering, including his wife and other family members, witnessing Sikkema’s humble recognition. 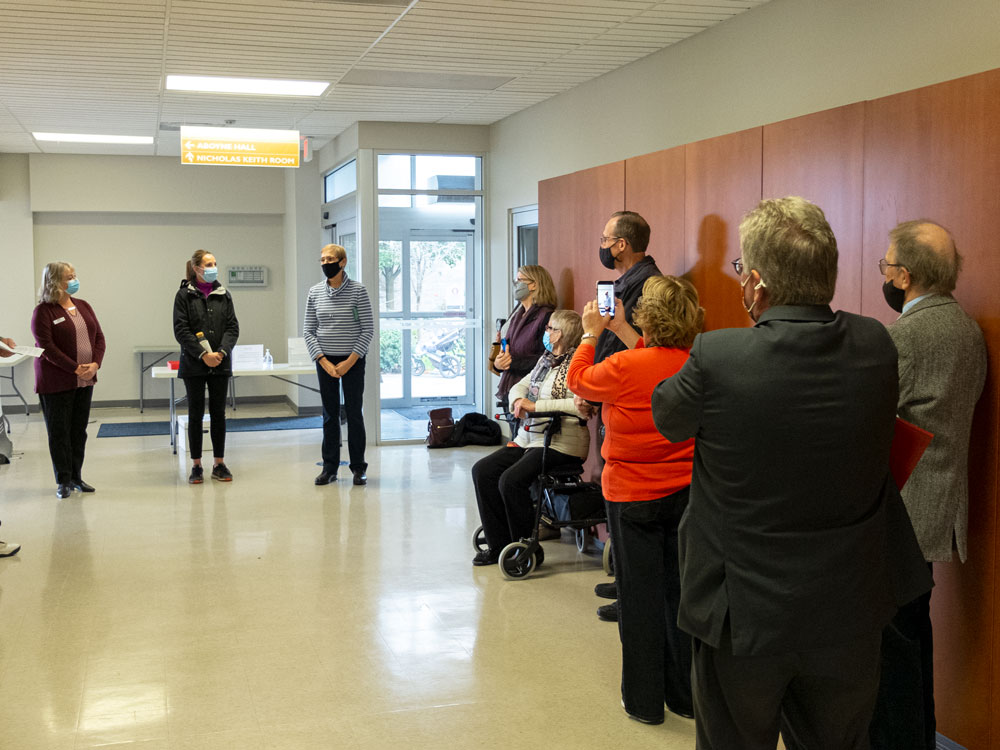 Black spoke of Sikkema’s “incredible contributions” to agriculture as a world leader in weed management, having conducted over 3,000 field experiments and over 360 scientific papers and a multitude of peer-reviewed manuscripts. 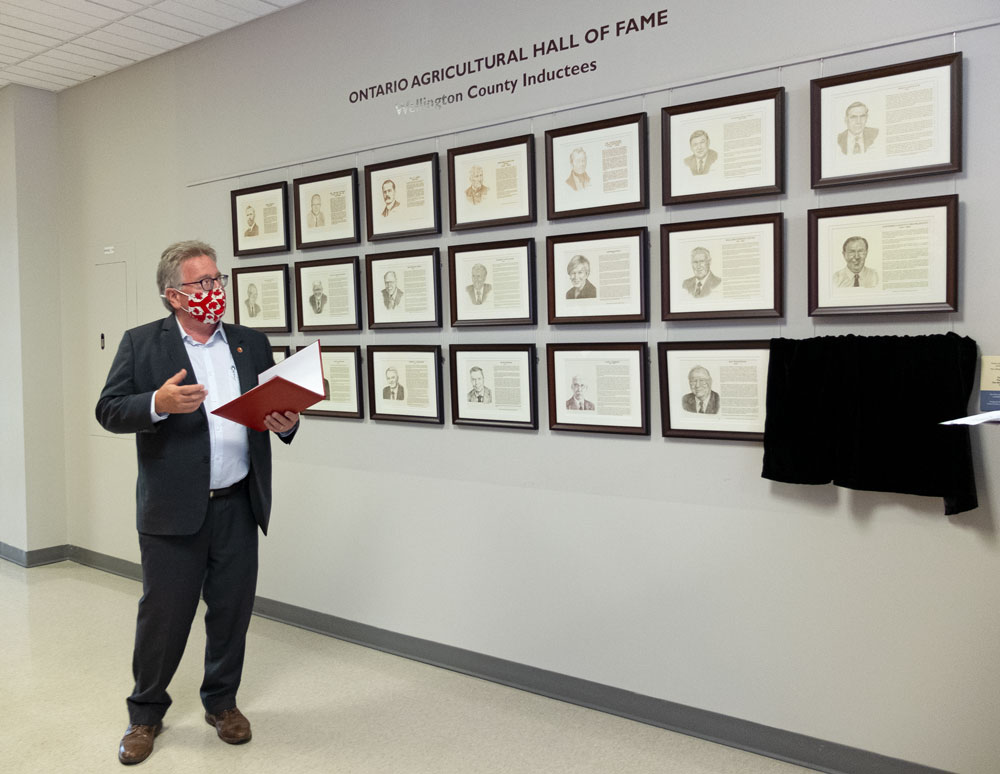 Senator Rob Black speaks in front of rows of plaques hung on a wall at the Wellington County Museum and Archives on Oct. 17. The plaques feature Wellington County residents who have been inducted into the Ontario Agricultural Hall of Fame. Photo by Jordan Snobelen

“Installations such as this ensure that the achievements of our agricultural community in Wellington County are recognized and celebrated,” Black said.

Sikkema stood before the group and spoke of fond memories growing up in Maryborough Township on Concession 7.

“It really warms my heart to be able to say that my brother and sister in law live in the house where I grew up, and they still farm the land where I spent my formative years,” he said. 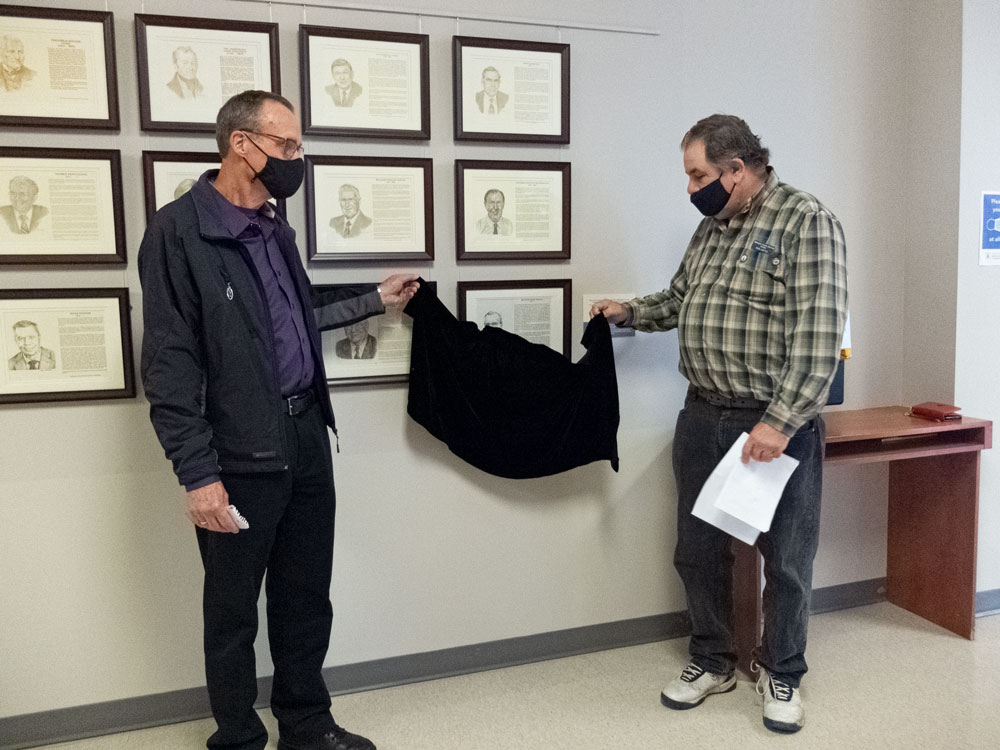 Sikkema thanked those who have worked alongside him at the University of Guelph Ridgetown Campus where he now teaches.

“I think any time somebody receives an award like this, it’s really a team award,” he said.

At the University of Guelph in 1977—when the professor was the student—Sikkema imagined he would one day work in financing, international development, or with the province’s agriculture ministry.

Instead, he worked in research at companies since bought out by Bayer Crop Science as a product development manager, with staff reporting to him from across the country.

But with a growing family, including two young children, life would demand a change.

In 1988, Sikkema began working at the University of Guelph Ridgetown Campus.

He candidly admits he wasn’t sure about the leap for the first couple years.

“I never, ever thought I would be a university professor growing up on the farm in Wellington County,” he remarked when speaking with the Advertiser following the unveiling. 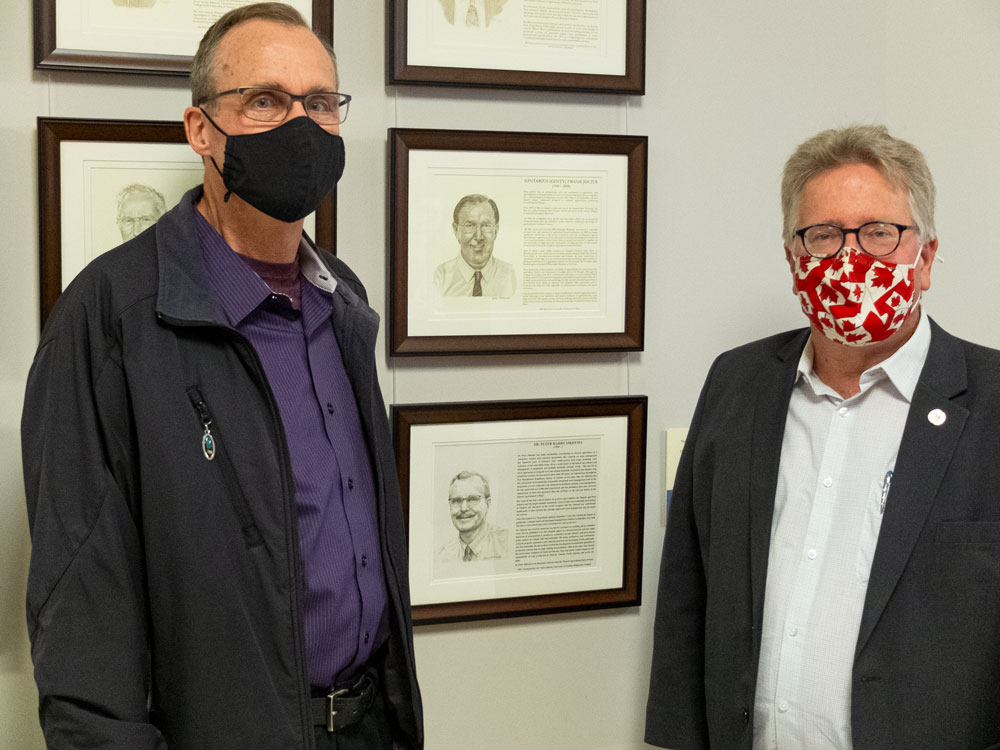 “Now that I look back at it, it was probably one of the best decisions I made, other than marrying my wife,” he said, crediting her encouragement in his earning of a doctorate of philosophy.

Part of Sikkema’s job involves helping Ontario farmers do a better job of weed control on their farms.

“You make incremental improvements every year; you just hope you can advance the science of weed management a little bit every year so that either you can reduce the cost of weed control to farmers, or improve the level of weed control,” he said.

The other part of his job, he said—with an enthusiasm unhampered over the years—is “true fun.”

“I’m just fascinated by biology, chemistry, creation … I mean, I get to teach this stuff … I’m fascinated by the subject matter, it’s just fun to talk about,” he said.

If you’re not a farmer, chances are weeds don’t command your attention quite like Sikkema’s.

But for those producing and growing food, weeds present a yearly attempt to thwart yields and compete for nutrition and resources in fertile lands.

“The impact of weeds on crop production globally is just enormous,” he said.

Sikkema said corn and soybean yields across North America would drop by half if farmers did not have weed management practises.

The future, according to Sikkema, lies in diversity—in seasonal crops, in modes of action for herbicides, tillage and cover cropping. 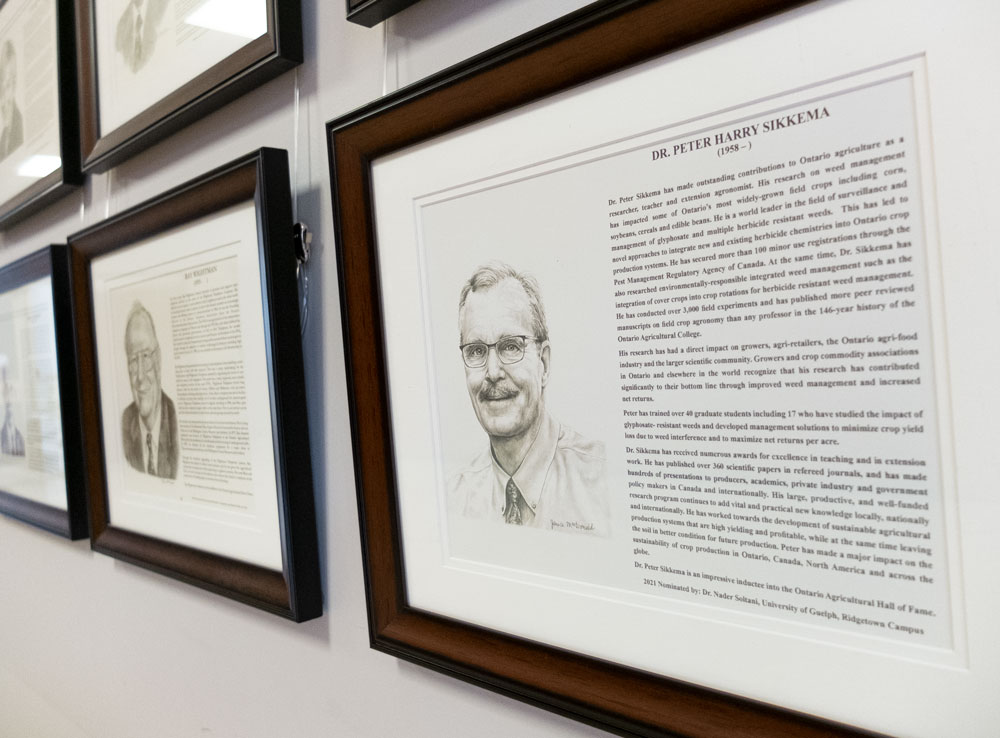 A newly hung plaque featuring Peter Sikkema on a wall at the Wellington County Museum and Archives featuring county residents who have been inducted into the Ontario Agricultural Hall of Fame. Photo by Jordan Snobelen

Afterward the new inductee stood for photos with family and officials in front of the newly-hung frame, which takes its rightful place on the wall honouring women and men who have left an enduring legacy in getting our food system where it is today.

And like the rest, Sikkema’s plaque will provide a permanent reminder to future generations of yet another resident whose contributions reach far beyond the county’s borders.

Nominations for 2022 inductees remain open until Oct. 31. Nominations can be made by submitting a nomination form, available at https://www.oahf.on.ca/induction-process/.