GUELPH – The United Way of Guelph Wellington Dufferin is putting out a red alert.

“There were still definitely wins,” said executive director Glenna Banda in an interview.

“Linamar and Sleemans exceeded their goals, so that’s cause for celebration.

“But we’re seeing what everyone is seeing. People can’t afford to give, or they have to give less.”

There’s still some time left in 2022 however, and for those who can afford it, the campaign doesn’t wrap up until Dec. 31.

“We’re asking the community to do what it can to fill the gap,” Banda said.

An Ipsos-Reid poll indicates that 22 per cent of Canadians expect to need the help of a charity in the next year and the same number have reduced their giving this year.

A Canada Helps survey indicates millennials are the most impacted, with one in three Canadians aged 18 to 34 expected to seek assistance from the sector.

Locally, United Way partner Hope House has seen a staggering increase in both the cost to deliver services as well as demand for help.

Food costs have increased 143% from this time last year and the number of visits by households has increased 50%.

United Way’s 211 helpline shows calls up across the board earlier this year – 19% for assistance with food, 16% for housing and shelter, and a staggering 34% for mental health counselling. 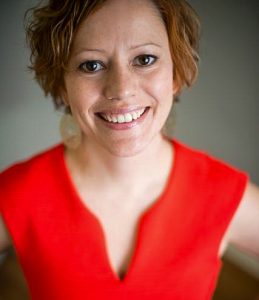 “It’s the perfect storm,” Banda said. “The need is up but the dollars are down.

“If we don’t raise what we need, we’ll have to look at reducing the amounts we can allocate.”

Banda said the board is preparing for that eventuality, but is hoping for a last-minute rush of funds.

“If everyone could donate $5 a month, we would exceed what we need,” she said.

“Our community’s social safety net is more important than ever and with so many urgent needs, we know it can be tough to choose where to give,” added United Way campaign chair Patricia Tersigni.

“However, a donation to United Way makes it possible to support a number of critical issues – poverty, mental health, homelessness, isolation, and hunger.”

Everyone in the community can make a difference, Banda said.

No donation is too small and every dollar adds up.

“The vital work United Way does alongside our community partners is not possible without our caring community of donors,” said Banda.

Donations are accepted through the United Way office (519-821-0571 or www.unitedwaygwd.com) and at workplaces across Guelph and Wellington and Dufferin counties.