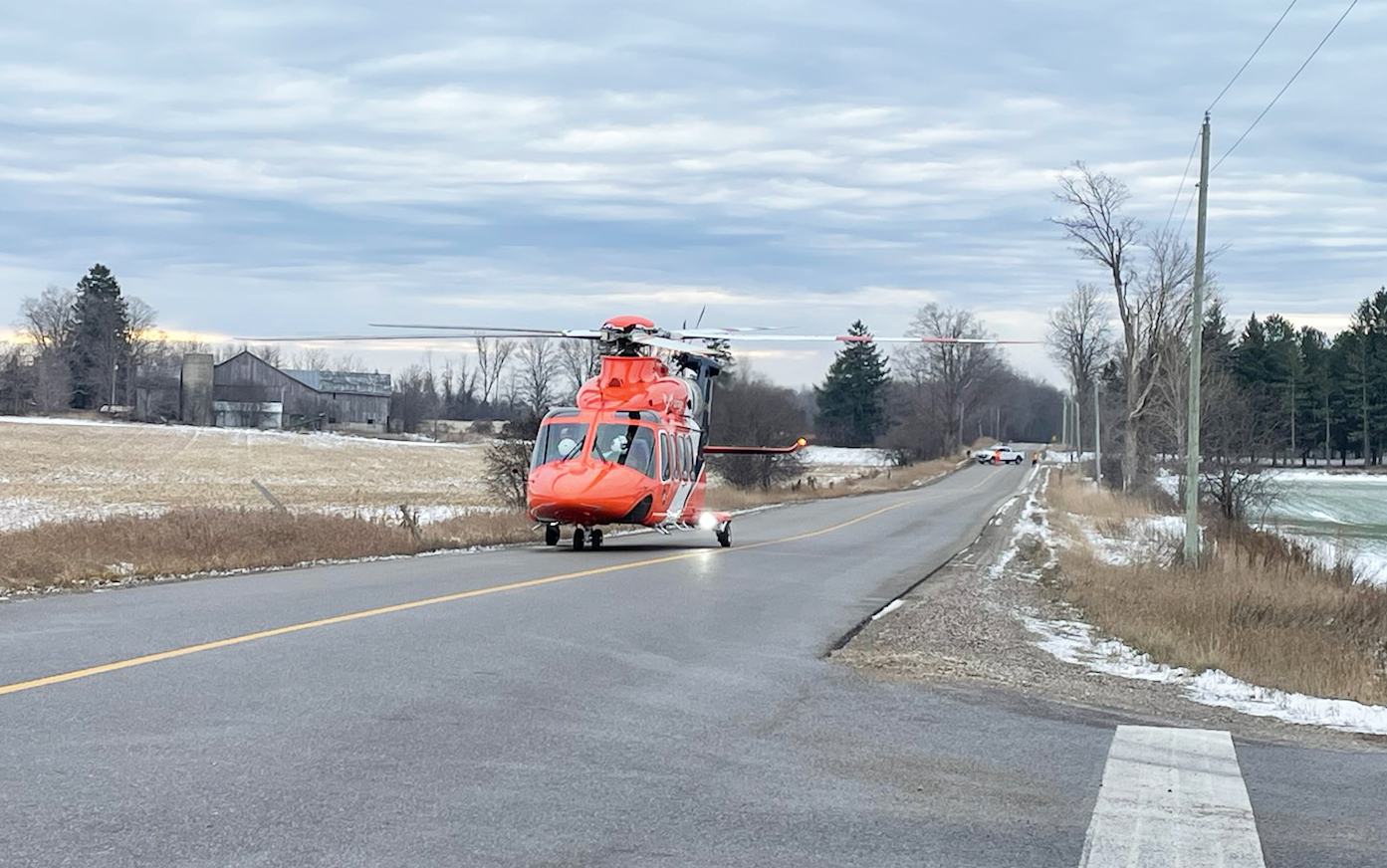 One person was airlifted to a trauma centre with serious injuries following a two-vehicle collision on Fife Road in Guelph/Eramosa on Dec. 2.
Submitted photo

GUELPH/ERAMOSA – Two drivers were seriously injured, with one transported to a trauma centre by air ambulance, in a crash here on Friday morning.

Wellington County OPP officials say emergency crews responded to the scene on Fife Road at Township Road 1, west of Guelph, on Dec. 2 at about 8am.

“Emergency services responded and a 46-year-old driver from Breslau was air lifted to a trauma centre with serious injuries,” states an OPP press release.

“The other driver, a 34-year-old from Cambridge, was transported to a local hospital with serious injuries. Traffic was delayed until approximately 10:45am.”

Police are investigating the cause of the collision and are asking anyone who may have witnessed it to call 1-888-310-1122.