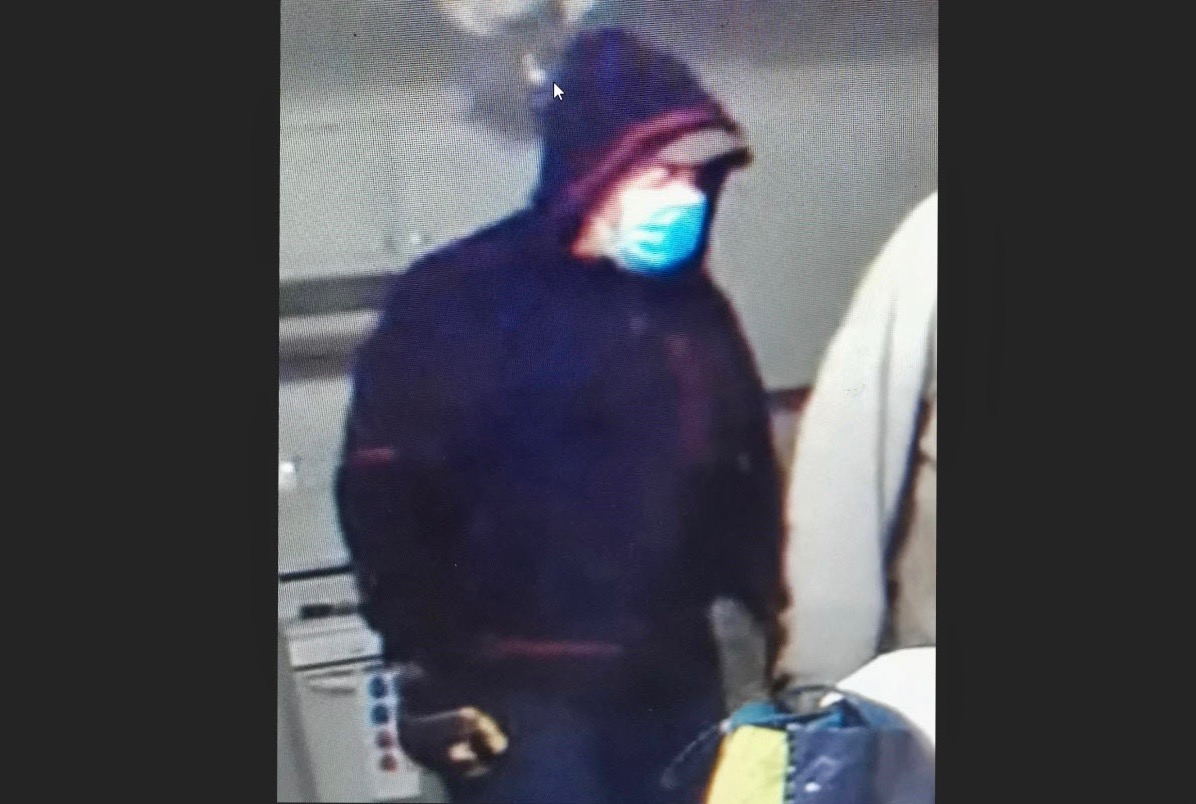 Police are looking to identify this suspect, who is wanted in connection with a break-in on April 28. (OPP image)

GUELPH/ERAMOSA – Police have now recovered a replica firearm used in an early morning break-in here, but they’re still searching for a suspect.

On April 28 at about 2:45am, Wellington County OPP responded to a report of a break and enter in progress at a vacant residence on Highway 7 near Jones Baseline in Guelph/Eramosa Township.

Police say two men were in the residence and one was armed with a handgun.

With assistance from Guelph and Halton police officers, the OPP set up containment of the area while its Emergency Response Team (ERT) and Canine Unit conducted a search of the scene.

“One suspect was arrested at the time of the incident and a second person of interest was taken into custody and later released unconditionally,” police stated in a press release.

However the gun involved was not immediately located.

Police later executed two search warrants at a residential property on Highway 7 and seized a replica handgun as well as “a large quantity of Canadian currency, opioids and trafficking materials.”

Richard Piotto, 44, of Guelph/Eramosa, was charged with break and enter, theft under $5,000, possession of a weapon for a dangerous purpose and unauthorized possession of a firearm. He was held for a bail hearing.

Susanne Hepburn, 46, of Guelph/Eramosa, was charged with possession of a Schedule 1 substance for the purpose of trafficking (Oxycocet). She is to appear in Guelph court on June 1.

Wellington County OPP is still investigating and is seeking help to identify one of the suspects. 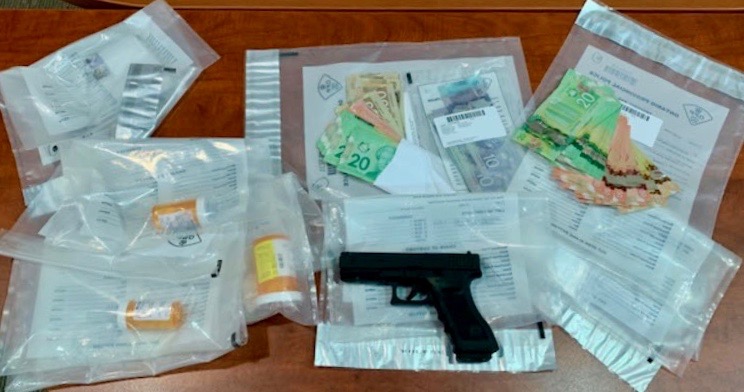 Police say officers executed two search warrants at a property on Highway 7 and seized a replica handgun as well as “a large quantity of Canadian currency, opioids and trafficking materials.” (OPP image)