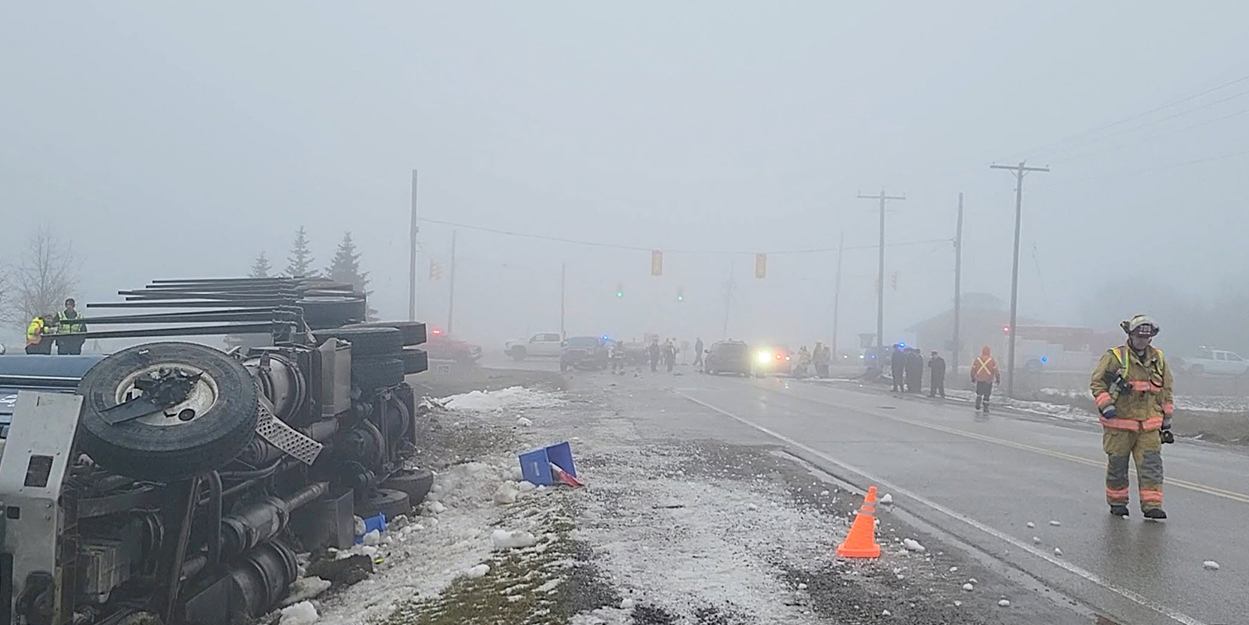 A commercial truck driver and business were charged in a three-vehicle crash in Mapleton on Jan. 17 that injured one person and damaged a nearby residential property. OPP photo

MAPLETON – A commercial truck driver and business from Aylmer have been charged in a three-vehicle crash here on Tuesday that injured one person and caused damage on a nearby residential property.

Wellington County OPP officials say emergency crews responded to the collision, at the intersection of Wellington Roads 7 and 12 in Mapleton, on Jan. 17 at about 12:30pm.

A tractor trailer carrying a load of logs, an SUV with a single occupant and a mini-van with seven occupants collided, police say.

The driver of the SUV, a 69-year-old woman from Clifford, suffered non-life-threatening injuries and was transported to a local hospital.

No other injuries were reported.

“A home adjacent the collision was impacted when debris from the collision (namely large logs being carried by the truck/trailer) damaged two vehicles, a large propane tank, lawns, and hydro services to the residence,” police stated in a press release. 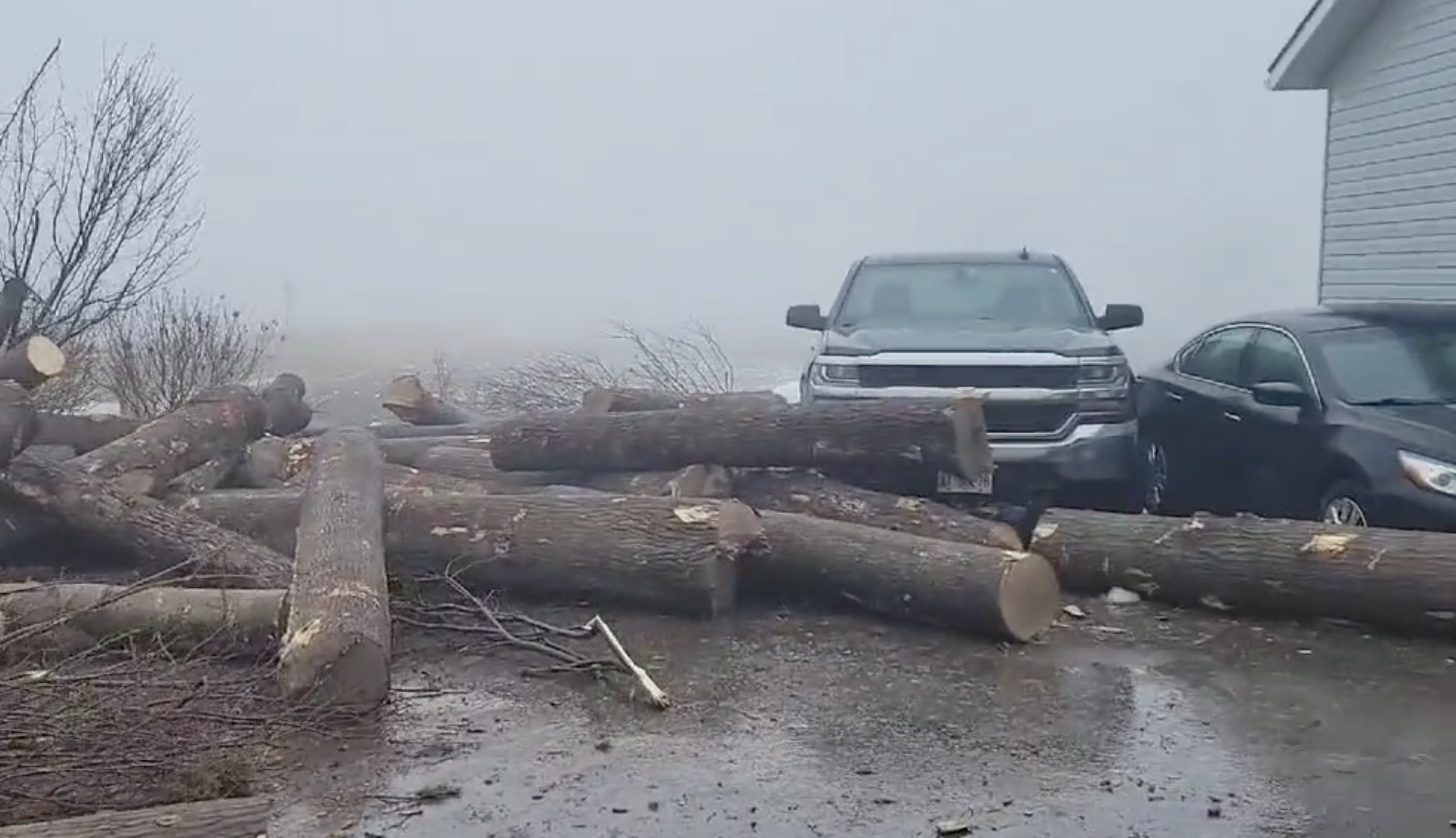 A nearby residential property was impacted by the crash, as logs from the truck/trailer involved damaged two vehicles and other items on the property. OPP Twitter image

Isaak Bartsch Neufeld, 23 of Aylmer, was charged with 12 offences, including:

An Aylmer business was charged with nine offences, including: