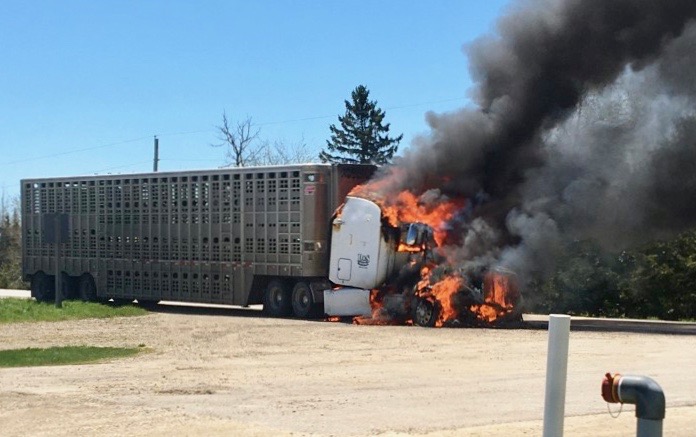 A tractor trailer was destroyed by fire on May 21 on Wellington Road 14 south of Conn. Submitted photo

WELLINGTON NORTH – “It doesn’t take long for a tractor trailer to melt.”

Wellington North deputy fire chief Marco Guidotti said that was evident on Thursday (May 21) afternoon, as a fire quickly destroyed a truck on Wellington Road 14 south of Conn.

Three trucks and eight firefighters responded to the scene, after receiving the call just after 1:20pm.

Guidotti said the driver of the truck had pulled over to fix a suspected oil leak.

Fire Chief Dave Guilbault later added the truck was disabled most of the day and the driver was working on it when it caught fire. He called 911.

The truck was “fully involved” when firefighters arrived, said Guidotti.

There were no injuries reported, he told the Advertiser, and the livestock trailer pulled by the truck was empty at the time.

The fire is not considered suspicious, noted Guilbault. 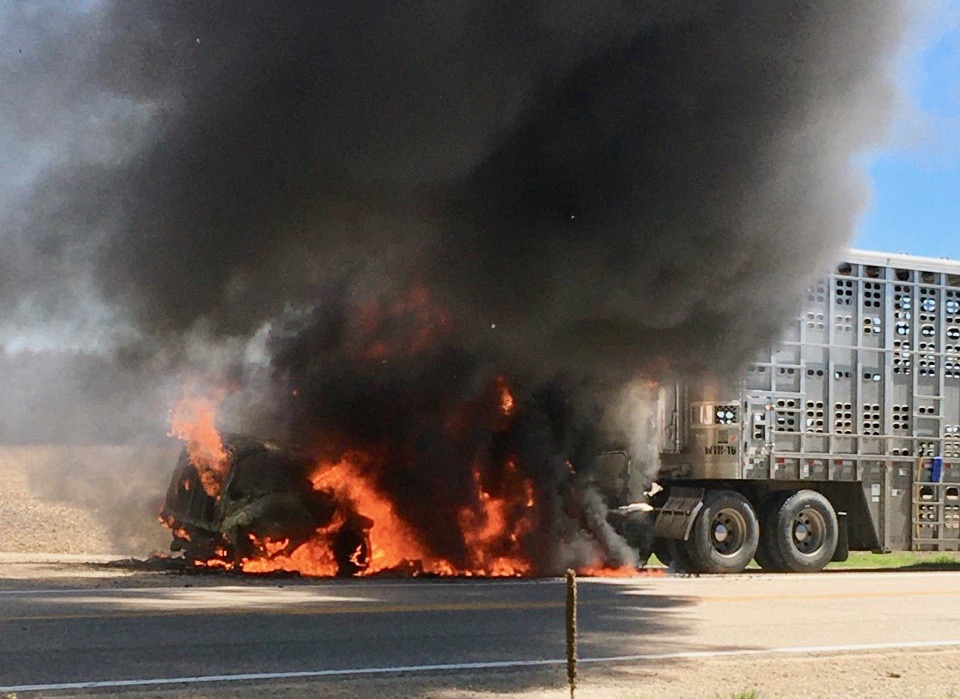