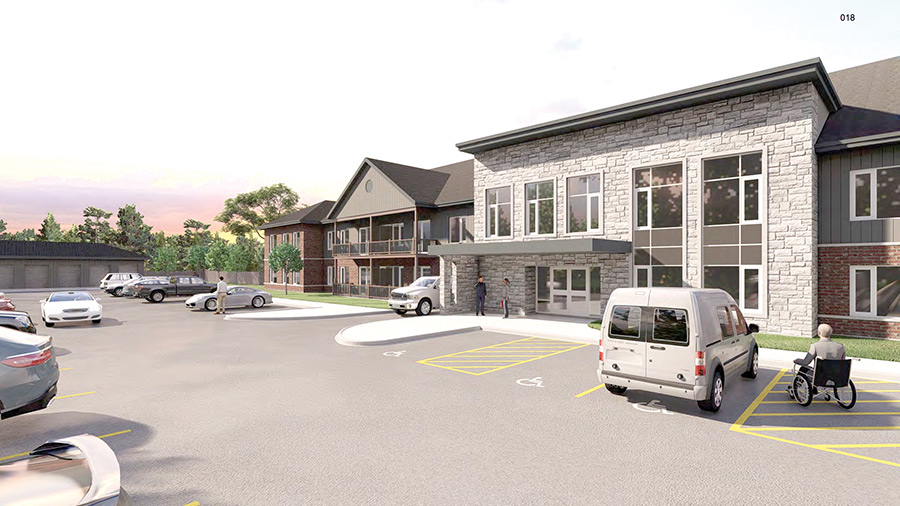 Council also heard from three additional developers looking for sewage allocation approval and considered whether or not to provide them with allocations before next April.

Council voted unanimously to direct staff to work toward entering a sewage allocation agreement that would award Arthur Green Developments Inc. 12 units for its project on 164 George Street – the previous location of the Queen’s Hotel.

Councillor Sherry Burke said, “I support the (development) at the former Queen’s building just because it’s been an ongoing project, and with all of the work done to rehabilitate the main street in Arthur, I think this is just the final piece.”

She added, “Let’s get this development moving. They’ve done some significant work in the last little while; let’s push forward with this and get the last piece in the puzzle.”

Council then voted unanimously to direct staff to work toward entering a sewage allocation agreement that would award Cachet Developments (Arthur) Inc. 39 units. This was short of the 207 units they had wanted, however.

“Cachet is a great project,” he said.

“I know they’re probably not going to be happy with the allotment that we’re talking about, as it’s only about 20 per cent of what they want to build there overall.”

“I think this is a great start for them. I think this signals a commitment from us as a municipality, to help grow that Preston Street development.”

Council was split 3-2 when it came to moving forward with the allocation of 32 units for Archcon Group Inc.’s project.

This developer is working on a two-storey, 32-unit residential project at 773 Princess Street in Mount Forest. The development is geared to people aged 55 and over.

Yake raised concerns over the process being rushed with this development.

“It looks like a nice development, but I just have a hard time approving it before the public process. It just doesn’t sit right with me,” he said.

Burke said, “I just don’t think that this development is as far along as I’d like to see it.

“I just can’t support sewage allocations for this development at this point.”

“I struggle with (the idea of) turning this one away until next April, because I believe it’s a good application in a location that desperately needs redevelopment from its previous use,” he said.