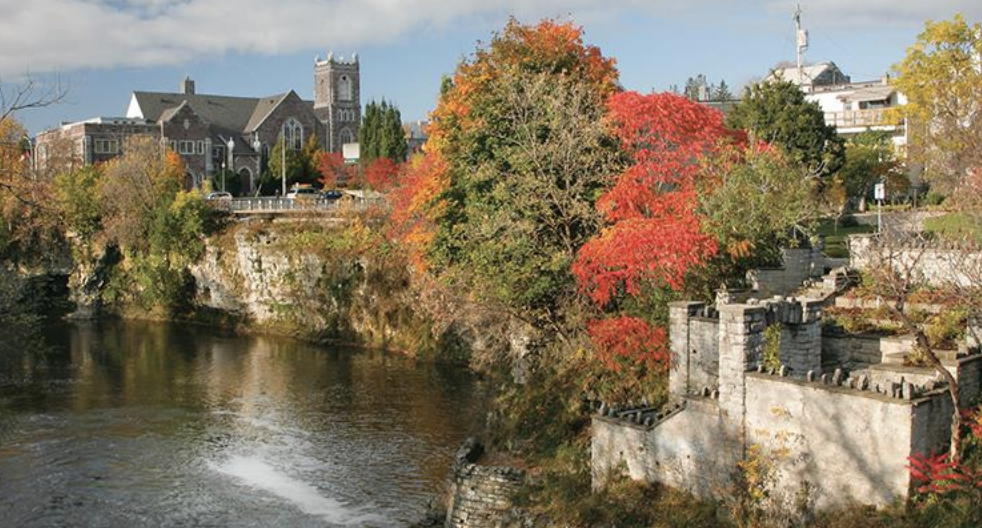 ABOYNE – Centre Wellington staff and consultant ASI Heritage have been working on identifying and mapping cultural heritage landscapes (CHL) in the township since 2019.

On Jan. 18 they brought the project to the public for a workshop to figure out the best tools to protect those landscapes.

Having CHLs identified in the official plan with guiding policies is a first step, but broad, sweeping statements won’t offer much protection if a developer wants to significantly alter any of the identified areas.

“Enabling tools” are site-specific and can spell out with great detail and clarity what is allowed and what isn’t, Sciarra said.

“These landscapes are often complex and require many tools to protect them,” she added.

About 30 local residents attended the session at the Wellington County Museum and Archives, where they divided into groups, examined four or five of the identified areas, and discussed the planning tools that might be most appropriate for each specific CHL.

That feedback will be shared with staff and the consultant as they prepare the OPA.

CHLs are groupings of heritage features – buildings, structures, spaces, views, natural or archaeological elements – that are valued together for their meaning or association.

With CHLs, the whole is greater than the sum of its parts, officials say.

They are important for history, for tourism, for environmental stewardship, for recreation and to the fabric or character of a community.

The 18 CHLs, described in detail at connectcw.ca/CHL, include:

They are very different from each other and require different protections to maintain their heritage value.

Victoria Crescent, for example, is just a tiny street in Elora.

But it is filled with heritage homes and churches, backs onto the Grand River, links with Victoria Park and offers a glimpse of what life was like when the village was new.

To put a highrise there would not only upset the neighbours, but would alter the cultural heritage of the street, officials say.

The Grand River, by contrast, is perhaps the main feature of Fergus, Elora and Salem and it needs to be protected on many fronts – environmentally, maintaining views of the river and access to the river among them. 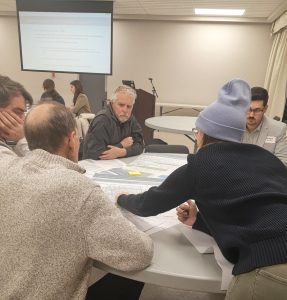 About 30 people participated in a workshop about Community Heritage Landscapes on Jan. 18. Photo by Joanne Shuttleworth

Some of the CHLs are under more threat from the wrecking ball than others.

Workshop participants, along with a facilitator, talked about which of those tools seemed applicable to the CHL under discussion.

Consensus was that historic Elora, Fergus and Salem might benefit from the community planning permit system, which would be very specific about maximum height, density and land use and could even delve into aesthetic aspects of a proposal.

Once the system is in place, it’s very easy for staff to determine if a proposal meets the requirements.

But establishing such a system requires considerable time and community input to develop.

“You need a strong policy to turn down an application,” said township senior planner Marianna Iglesius.

No decisions were made at the meeting and participants did not take a stance one way or another on which tools to use where.

The consultants will draft an Official Plan Amendment, which will go to council. Then there will be another public meeting before anything is written in stone.

Sciarra said that even though Bill 23, the More Homes Built Faster Act, does have impacts on heritage preservation, she didn’t think the bill would render CHLs irrelevant.

“The projected growth will only increase the need to figure out what’s important about these CHLs and how to protect them,” she said.

“It’s actually fantastic that the township is this far along.” 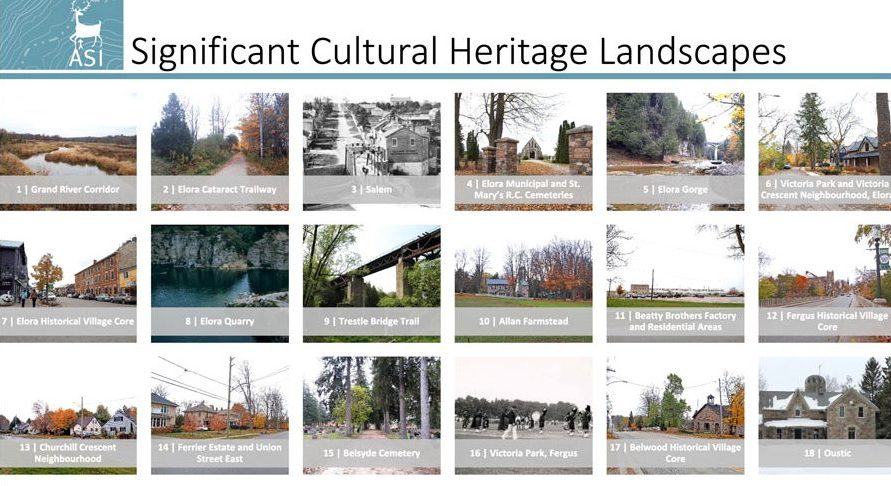 The township has identified 18 cultural heritage landscapes in the township. On Jan. 18, the public was invited to weigh in on how to protect them. Centre Wellington image