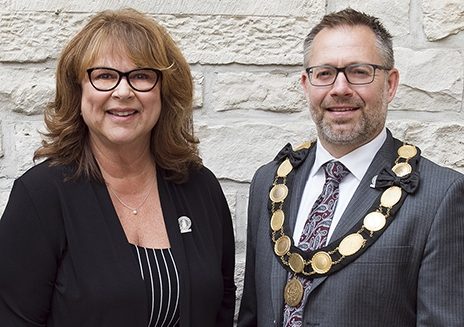 ABOYNE – Thinking of running for a local council seat?

The municipalities of Wellington County have organized a free informational workshop for prospective council members.

The workshop, which will feature presentations from a long-time local politician and an expert on municipal law and planning, will be held on April 21 at 7pm in the Aboyne Hall of the Wellington County Museum and Archives.

The session is aimed at potential candidates, their spouse or partner, and anyone interested in learning more about municipal government.

The event is open to everyone and no registration is required.

Topics to be covered include:

Former Wellington County Warden Lynda White will be one of two speakers at the workshop.

White was elected county councillor for Ward 4 in 2000 and retired from municipal politics in 2018. She was elected warden in 2004, the county’s 150th year.

The other presenter, John Mascarin, a partner with the law firm Aird and Berlis LLP, is widely regarded as a leader in municipal, planning and local government law, states a bio provided by organizers.

Described as “a prolific author, editor and speaker,” the bio indicates Mascarin is often called upon by the media to comment on current issues.

“His vast experience and depth of knowledge enables him to solve municipal law and governance issues, while strategically identifying impending challenges,” the bio states.

Promotion material for the workshop notes that, depending on the nature of the COVID-19 pandemic, the workshop could be moved to a virtual event, if required due to public health restrictions.