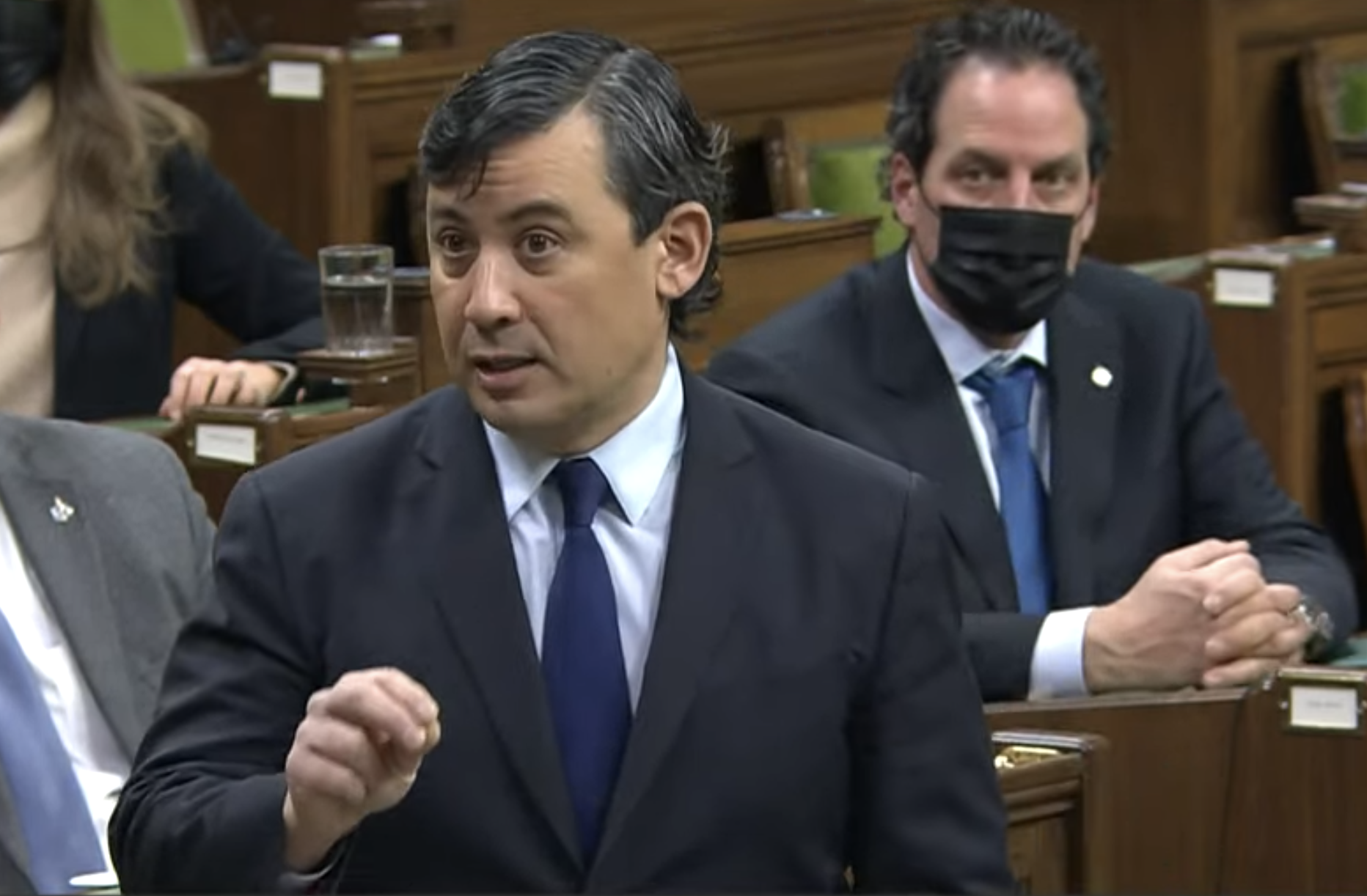 OTTAWA – Canada’s leaders discussed COVID-19 protests and gave impassioned speeches during an emergency debate in the House of Commons on Monday night as anti-vaccine mandate protestors occupied downtown Ottawa into an eleventh night.

Prime Minister Justin Trudeau emerged from days of silence for the in-person debate, after having tested positive for COVID-19 on Jan. 31. 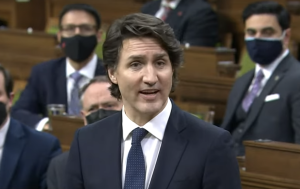 He called for unity, respect and urged protesters to leave.

“It has to stop,” Trudeau said.

“If Canadians individually or in groups want to protest by walking up and down Wellington Street, or by standing around the centennial flame in front of Parliament, they are free to do so … but what Canadians do not have the right to do is to blockade,” Chong said.

Freedoms, the Centre Wellington resident stated, are limited “by what harm they do to other people” and “how they interfere with other people’s freedom.”

He accused Trudeau of using divisive language and rhetoric, pitting Canadians against one another and went as far to say the PM’s “disparaging terms” and “rhetorical fuel” were dividing friends and families.

“And while many have fanned the flames of division in this country,” Chong said, “they are not the head of government.”

“The prime minister’s rhetoric in the last six months is unbefitting the high office of this land that he holds,” Chong continued.

He then turned his attention to the protesters, who, on Jan. 29, descended on the nation’s capital, bringing with them a hodgepodge of anti-government, anti-mask and anti-vaccine rhetoric, as well as media grievances, stretching far beyond the truckers’ cause.

“It is time for the protesters to go home to their families and their communities, we have heard their concerns,” Chong asserted.

In his third minute speaking, the MP called on the law to be upheld, saying, “the governments in this country have delegated the enforcement of the law against blockades to the police.”

He also said the state is authorized to use lethal force to uphold the law and encouraged citizens to settle differences through the legal system or at the ballot box.

All bear responsibility for the country’s divisions, Chong said, offering Trudeau a brief reprieve. He advocated for reflection on the current state of affairs.

“I grieve for my county,” the impassioned MP stated before directing his attention back to his adversary. 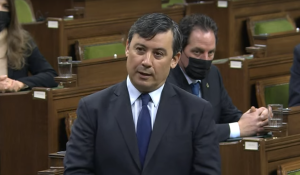 “Instead of peace, order and good government, we have chaos, disorder and poor government,” Chong said.

He concluded the final two minutes of his speech by heaping a laundry-list of criticisms against the Liberal leadership, ranging from scandals to household debt, before saying, “it’s time we got serious.”

Nanaimo-Ladysmith NDP MP Lisa Marie Barron accused Chong of standing by silently while ignoring the harassment and assault of citizens against a backdrop of racism, anti-semtism, hate and fear.

She asked, “When he will begin standing up for those opposed, experiencing hate and racism?”