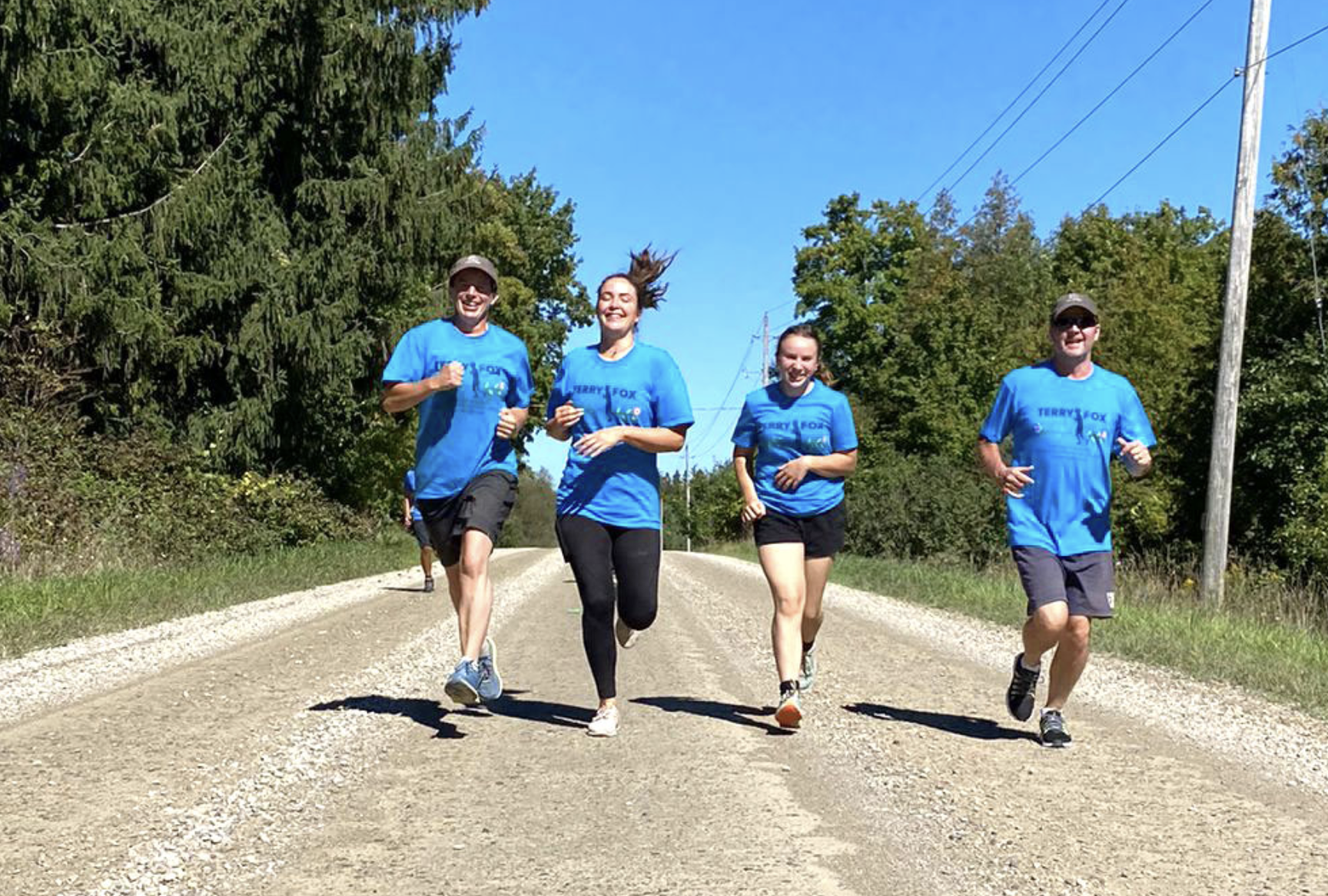 Running in honour of The team of MCL Salon, in Elora, and Lookout Farm, of Belwood, combined their fundraising efforts to support the Terry Fox Run in 2021. Advertiser file photo

WELLINGTON COUNTY – Several municipalities across Wellington County will be partaking in the annual Terry Fox Run this weekend.

The run will be held on Sept. 18 in different locations within the county and will take place in-person after two years of being held virtually.

Drayton Terry Fox Run organizers have planned 2km, 5km and 10km routes that participants are welcome to walk, run or bike to complete their run.

Registration begins at 12:30pm and the run starts at 1:30pm at the old arena/fairgrounds on Elm St.

“We are very excited to be hosting this event in person again this year. It is guaranteed to be a fun day, we will have live music, face painting, ice cream, a barbecue and more,” states organizing committee member Melissa Gleeson.

“Looking forward to spending time as a community while raising money for a great cause.”

Registration for the Terry Fox Run is online at www.terryfox.org. There are also signs throughout town that provide a QR code to sign up or donate to Drayton’s run.

In Erin, organizers have planned to gather at different points in town, including Centre 2000, Dundas Street and Main Street.

Registration begins at 8:30am and the run will start at 9am and conclude at 12:30pm.

The distances will be marked along the route and are accessible by bicycle.

Fergus Terry Fox Run organizers have planned a route that will begin at Forfar Park (Gartshore St. and Forfar St.).

Registration opens at 9am and the run starts at 10am.

The run will conclude at 12pm.

The distances along the route will be marked and are accessible by bicycle and wheelchair.

A “do-it-your-own-way” Terry Fox event will be held in Mount Forest this year.

There will be no designated start or finish locations, but participants are welcome to walk the track at the local fairgrounds or bike or walk around town.

Local organizers will be set up outside No Frills on both Sept. 17 and 18 from 9am to noon, with stickers and certificates for participants. Shirts will also be for sale and organizers will be accepting pledges and donations. A quilt made from vintage Terry Fox Run T-shirts will be on display.

All event details are subject to change.