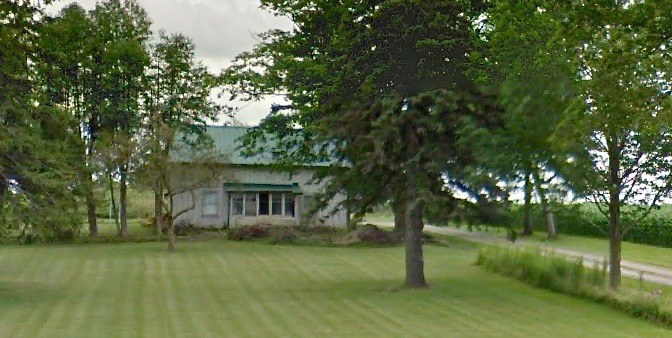 This abandoned house on Speedvale Avenue West in Guelph-Eramosa was destroyed by fire on June 20. (Google image)

GUELPH-ERAMOSA – Police and fire officials are investigating and the Ontario Fire Marshal’s office has been notified after a suspicious fire destroyed an abandoned house here on Saturday evening.

Members of the Guelph Fire Department responded at about 6:10pm on June 20 to the blaze on Speedvale Avenue West, near Wellington Road 32, just west of Guelph.

“Firefighters arrived on scene and found smoke showing” from the side of the house, states a press release from Scott Barden, Guelph’s acting platoon chief.

“Hand lines were deployed but fire quickly spread in the house. The floors became compromised and a defensive fire attack was taken.”

Guelph fire fighters were assisted by tanker trucks from the Puslinch and Maryhill departments, which supplied additional water, and Thoume Construction was also on scene with an excavator, Barden explained.

The fire was extinguished and there were no injuries to firefighters.

“The cause of the fire along with an estimate of damage is still under investigation,” stated Barden.

A press release from the Wellington County OPP stated, “No one was injured, however the structure is considered a total loss.

“The fire appears to be suspicious and the Ontario Fire Marshal’s Office has been notified.”