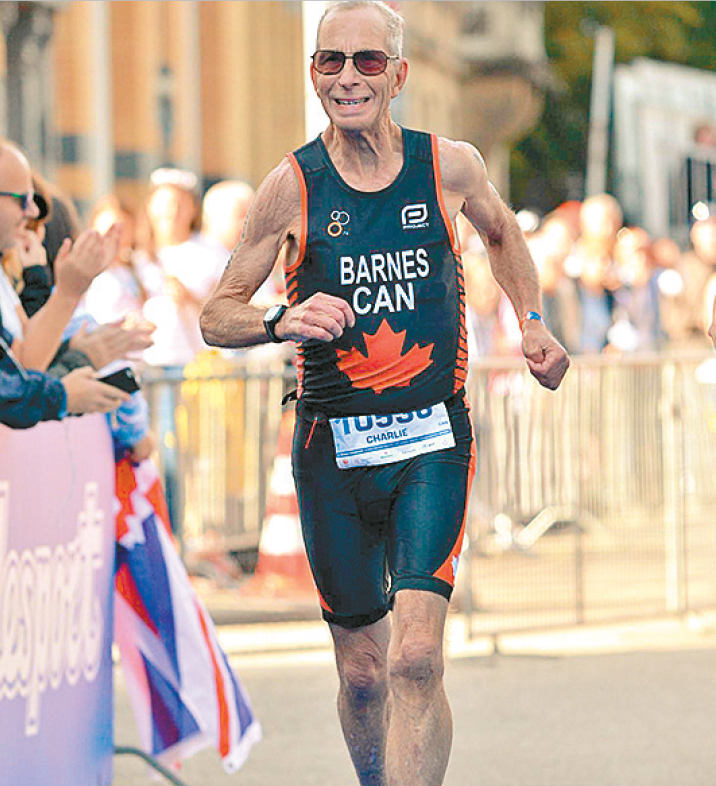 81-year-old Charlie Barnes of Milton will be inducted into the Guelph Sports Hall of Fame on May 15. He was a track and field athlete in high school and university, but did not run his first triathlon until 1999 at age 62. Every summer since 2003 he has competed in triathlons, marathons and 100 mile rides, raising more than $100,000 for the Juvenile Diabetes Research Foundation. He has been on Team Canada three times, winning a bronze medal in the 80-84 age group at the World Triathlon Finals, in Rotterdam in 2017 (above). He was a founder of the Guelph Triathlon Club and helped with TriKids races in Fergus and Elora.  Submitted photo