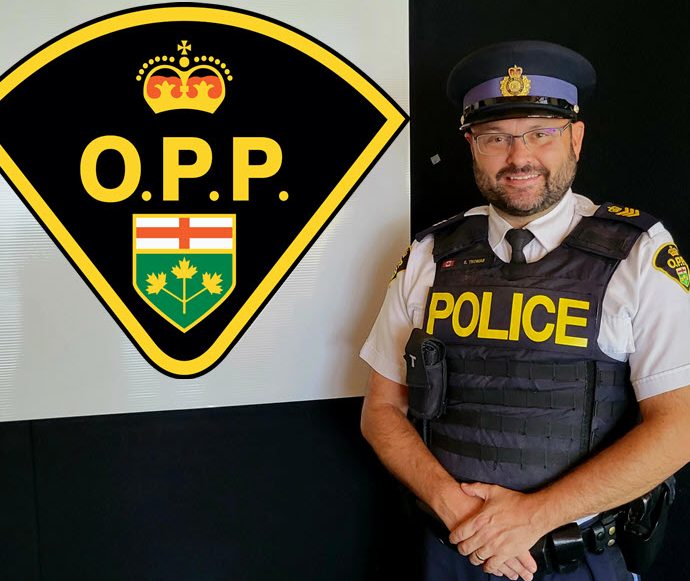 Richardson has returned to Grey-Bruce OPP, where he spent two decades of his career prior to coming to the Wellington County OPP in 2020 following the retirement of Scott Lawson.

Inspector Thomas, a 17-year employee with the provincial police service, spent most of his career in Wellington, working in patrol, as a breath technician, a crime-scene and a coach officer, according to an OPP press release.

Later promoted to detective constable, he worked in the Community Street Crime Unit and as a supervisor and local detachment operations manager.

“Wellington County is and always will feel like home, and I am honoured to be able to continue to work alongside the dedicated and professional officers that make up the Wellington County OPP,” Thomas stated in the release.

“I look forward to continuing to collaborate with our community partners and stakeholders to promote the safety and well-being of all who live, work, play or visit here.”

Thomas was not immediately available for an interview.