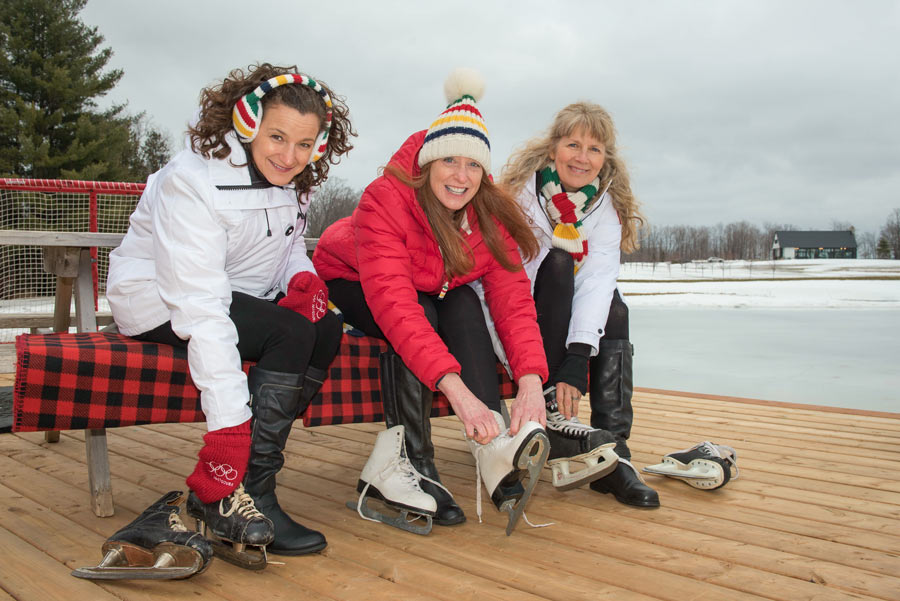 Holiday music - The trio Boreal will be coming to the River Run Centre on Dec. 20 and 21.
Submitted photo

GUELPH – On Dec. 20 at 8pm and Dec. 21 at 2pm Guelph and area audiences will be treated to folk vocal harmonies trio Boreal’s highly acclaimed seasonal concerts Songs for the Snowy Season  in the Borealis Music Series, presented by the River Run Centre.

Award winning Guelph-based singer-songwriters Tannis Slimmon and Katherine Wheatley will be joined by their new bandmate Orillia’s Angie Nussey to perform their show Songs for the Snowy Season.

With glorious voices, stunning harmonies, humourous stories and top-notch song writing, Boreal celebrates the coming of winter and the spirit of the holidays.

Nussey, Slimmon and Wheatley have dug up old songs and written new ones about winter.

Their lyrics conjure up vivid sights and sounds that so many Canadians would recognize: pine branches bending low, squirrels’ footprints in the snow, winter’s hush, the heave-ho of shovelling, the sound of slap shots off the boards and the angel truck drivers who lead us home in blizzards.

Their love of harmonies, their combined songwriting skills, their tour de force voices, and the joy they feel singing with each other all make for an unforgettable event.

“Join their legion of fans and friends who make it a tradition to come every year to welcome winter at one of Boreal’s shows,” officials say.

Boreal’s Songs for the Snowy Season will take place on Dec. 20 at 8pm and Dec. 21 at 2pm in The Co-operators Hall at the River Run Centre in Guelph