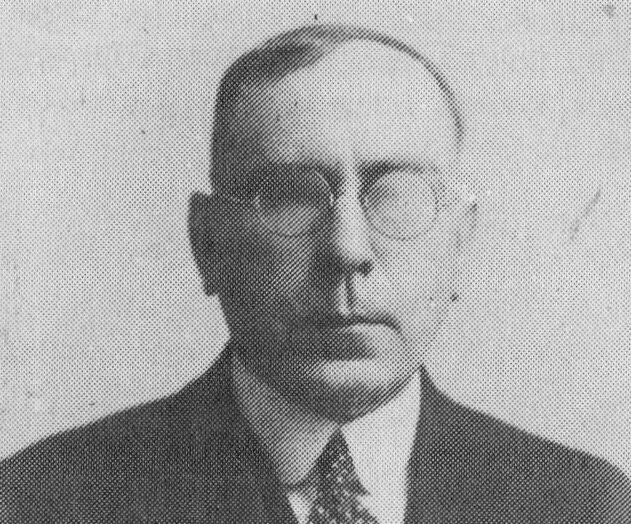 TORONTO – Longtime Arthur Enterprise owner Rixon Rafter will be among the first inductees to the Ontario Community Newspapers Association (OCNA) Hall of Fame.

Rafter is being recognized posthumously for his “devoted service to the community” over 45 years, despite being blind.

The OCNA announced in late April that nine individuals will make up the inaugural Hall of Fame class. They will be formally inducted in a ceremony this fall.

“The [OCNA] launched the Hall of Fame Awards earlier this year, and received a number of nominations outlining the achievements and initiatives of a wide variety of newspaper pioneers,” OCNA officials stated in a press release.

The previous five inductees announced to date are:

Rafter, like Carr, was nominated by the Wellington Advertiser.

“Wellington County has been blessed with some great newspaper spirits – Rixon Rafter was one such personality,” said Advertiser publisher Dave Adsett.

“The fact his sight had failed in his youth and he was undeterred from his goal to run a newspaper is an example to all that disabilities can be overcome.

“The respect he earned from industry leaders and politicians of the day add to the reasons he is worthy of the OCNA Hall of Fame.”

Born in 1885, Rixon Rafter  lived to become recognized as a pioneer in weekly newspapers, despite losing his eyesight as a youth.

Rafter retired after 45 years of devoted service to the community.

He had a printer to do the mechanical work in the shop, but Rafter dedicated himself to gathering news, writing editorials and securing advertisers.

It is rumoured that on many occasions he wrote entire columns and reported on council meetings without taking down a single memo.

His mind and memory were the only notebook he needed, states the OCNA announcement.

“Writing is a special art and the fact he took few notes with clarity is amazing,” noted Adsett.

“Now this is by no means the first time that a blind person has risen above his disability to a place of success and influence in the world affairs, but such prominence has usually been attained in some field where the sense of hearing or of touch was of more importance than that of sight,” stated the award citation.

“But Rixon Rafter, of [the Arthur Enterprise], chose a profession which no blind man in Canada had ever chosen before him.

“He spent a lifetime as the editor of a small-town weekly paper.”

In accepting the award, Rafter said, “I will accept it, not because it might show any accomplishment on my part, but only in hope that it might reveal to sightless people an avenue of opportunity open to them.”

Adsett said, “The humility with which Rafter accepted his award … showed his incredible character.”

Rafter died in 1963 and is buried in Greenfield Cemetery just outside Arthur.

The Rixon Rafter Scholarship Fund was created to honour his achievements. It is available to Canadian students who are legally blind and pursuing post-secondary education.

“This is why the Ontario Community Newspapers Association is thrilled to announce Rixon Rafter as an inductee of the OCNA Hall of Fame,” states the OCNA announcement.

Officials noted the Hall fo Fame “recognizes and celebrates individuals who have made exemplary contributions to Ontario’s community newspapers.

“Inductees are respected community news professionals who have remained passionate about the industry throughout challenges, opportunities, and changes.

“They are leaders who have helped community newspapers adapt and grow.”