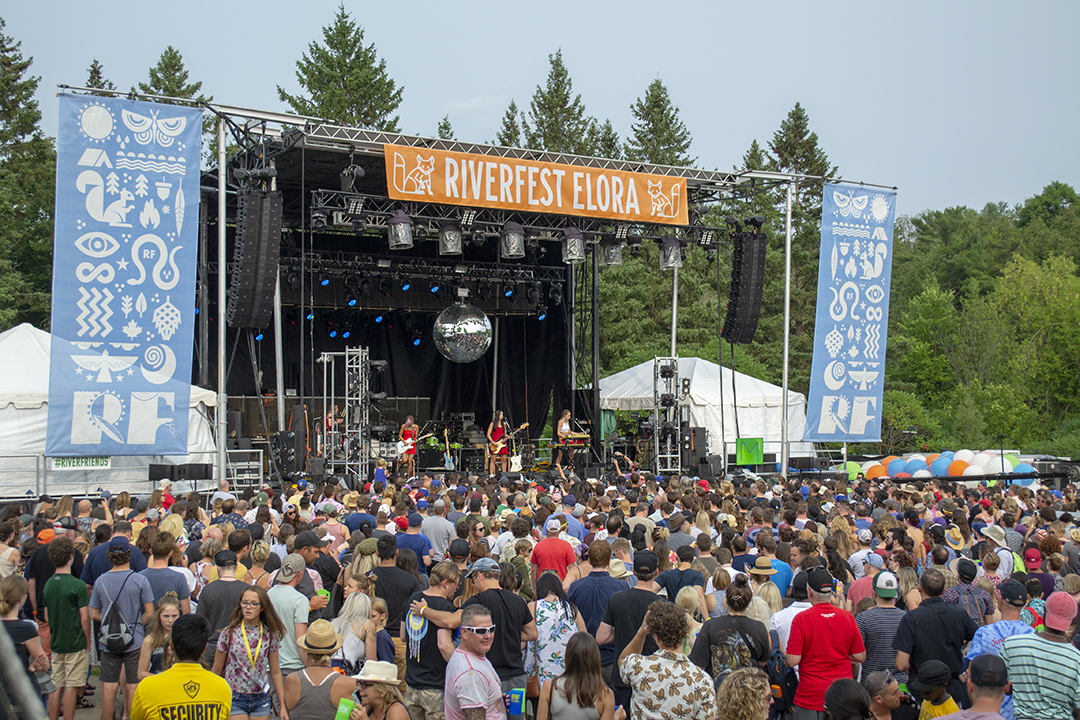 Festival fun - Thousands of people packed Bissell Park last summer for Riverfest Elora, the 10th annual edition of the popular festival. Organizers have announced a lineup of more than 40 bands for the 2019 edition, which runs Aug. 16 to 18. Advertiser file photo

ELORA – This summer, visitors and locals alike will celebrate the 11th instalment of Riverfest Elora.

“This year we have arguably some of the biggest acts we’ve ever had,” said Spencer Shewen,
artistic director and festival manager.

Taking place the weekend of Aug. 16 to 18, Riverfest will once again take over Bissell Park in Elora.

With more than 44 acts scheduled, this year’s headliners include: Jessie Reyez on Friday night, City and Colour on Saturday night and the Mighty Mighty Bosstones on Sunday night.

“Jesse Reyez is going to be one of those artists that three years from now people are going to be like ‘remember when she played Riverfest? That was crazy that she did that,’ because she’s just blowing up,” Shewen said.

He added Riverfest is lucky to have booked City and Colour.

“He’s only playing because he wants to play it,” Shewen said. “He doesn’t have to play it so we’re really grateful he’s agreed to come.”

Shewen and festival president and artistic director Jon Ralston said there are a lot of new artists this year.

“We paid a lot of close attention to … we call them baby bands, the newer up and coming stuff this year,” he said. “There’s a lot … it’s a deep lineup.

“There’s a lot of artists that people are going to be able to discover this year and probably will listen to for a very long time.”

Ralston added,  “I think we caught a lot of them at a point where they are about to get a lot bigger.”

However, Riverfest is about more than just the music.

For the second time the festival will partner with the McGinn Brothers Big Game in support of Big Brothers Big Sisters Centre Wellington.

This year’s charity ball hockey tournament will take place on Aug. 16 at the Centre Wellington Community Sportsplex. Kids of all ages can play to compete for a spot in the final game with their NHL heroes.

The event is free and spectators can bid on auction items, get autographs, listen to live music and watch the ball hockey action.

Riverfest will once again participate in the Keychange Pledge, a European initiative that aims to empower women to transform the future of the music industry. The movement encourages festivals to achieve a 50:50 gender balance by 2022.

For tickets or information visit riverfestelora.com.