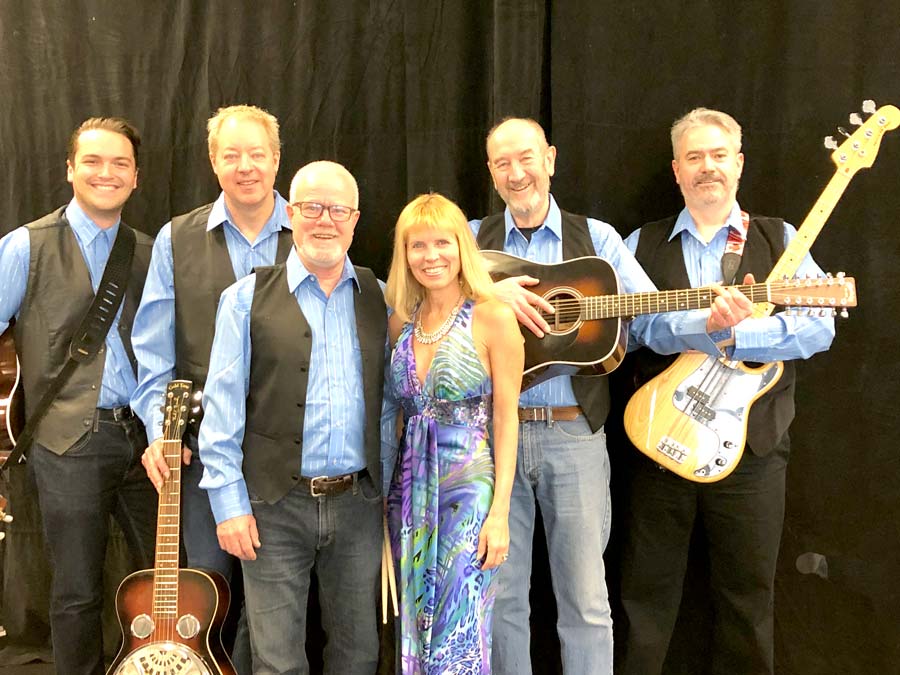 One year after presenting  Across the Pond: the British Invasion, the theatre is back with another impressive offering, the world premiere of Early Morning Rain: The Legend of Gordon Lightfoot.

The show, which runs until March 1, is a resounding success thanks to the impressive talents of creator Leisa Way (of Way-To-Go Productions) and its five other musicians/singers, all of whom except one also performed in Across the Pond.

Way, as audiences have come to expect, again delivers solid vocals and an infectious smile.

Lead vocals are shared by all members of The Wayward Wind Band, including Liam Collins (guitar), Fred Smith (lead guitar, banjo, mandolin), Bobby Prochaska (bass),  Bruce Ley (piano, guitar) and Don Reid (drums). All five are brilliant, both vocally and instrumentally, and offer an impressive variety of style and range.

Some of the obvious highlights include Black Day in July, The Wreck of the Edmund Fitzgerald, Carefree Highway, Sundown and Canadian Railroad Trilogy.

As someone born after many of Lightfoot’s hit songs were released, this reviewer can attest the show is not just for older adults. Younger audience members, and indeed more casual Lightfoot fans, will appreciate the band’s ability to change tempo and offer contemporary takes on some of the folk/country/rock tunes.

Nowhere is that more apparent than during If You Could Read My Mind, perhaps the production’s best number. It amalgamates Lightfoot’s original 1970 masterpiece and its familiar, measured tempo, with later cover versions of the song (for example Viola Wills in 1980 and lesser known Stars on 54 in 1998) characterized by harder hitting rock/pop vibes.

Much credit should be given to Way and Ley for the conception and arrangement of the production, which features not just the massive aforementioned hits but also lesser known songs – and one or two even Lightfoot fans may hear for the first time.

Early Morning Rain provides a fun-filled evening of first-rate entertainment by immensely talented musicians – but really, it’s much more than that. It’s a welcome dose of “Canadiana” and an important reminder of Lightfoot’s contributions to this country and the music industry, and of his stature as one of the most talented and prolific songwriters the world has ever seen.