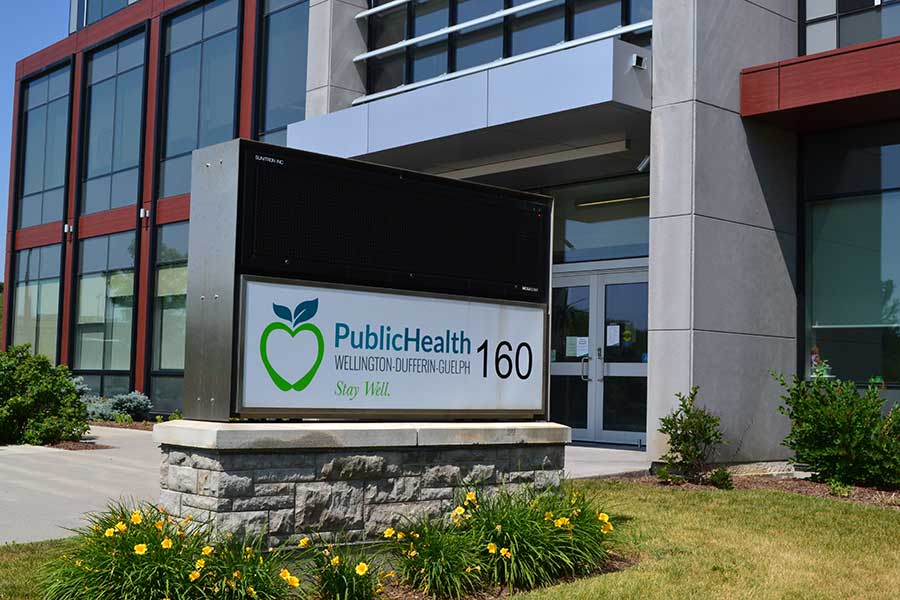 The region’s active case count now sits at 52, down from 59 cases on July 5. Active cases in the region peaked with a record high of 679 on April 18.

As of July 10, under one per cent of COVID-19 tests are returning positive for the virus.

There are six people hospitalized due to COVID-19 as of July 8, with four in intensive care at either Guelph General Hospital or Headwaters Health Care in Orangeville (Wellington County hospitals do not have ICUs).

WDGPH estimates the Delta (India) variant as the most prevalent variant of concern (VOC) in the region, representing an estimated 60.5% of VOCs between July 4 and July 10.

Wellington County had eight new cases over the weekend, bringing the total active cases in the county to 25, up from 21 on July 5 and 14 the week before that. The record high of 122 was set on April 19.

Active cases in Guelph have declined to 18 from 32 reported on July 5 and 39 the week prior.

Dufferin County has three newly reported cases after several weeks without any new cases. Active cases are down from five reported on July 5, now sitting at a total of three.

The COVID-related death toll across the region remains at 125, unchanged from last week.

WDGPH previously reported 41 COVID-related fatalities in Wellington County. That number has since dropped to 37, due to a change in the algorithm the health unit uses, which now localizes cases and fatalities based on addresses, rather than a general area.

With more accurate address information, four fatalities have been reassigned out of the county to either Dufferin or Guelph. 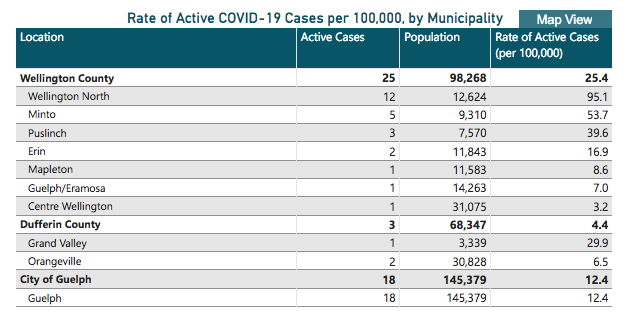 In Wellington County 72.4% of eligible residents have received at least one dose as of July 12, lagging behind 74.4% in Dufferin County and 84.7% in Guelph.

WDGPH has faced challenges with vaccine rollout in the county and public health staff are actively working on strategies to increase vaccination rates there.