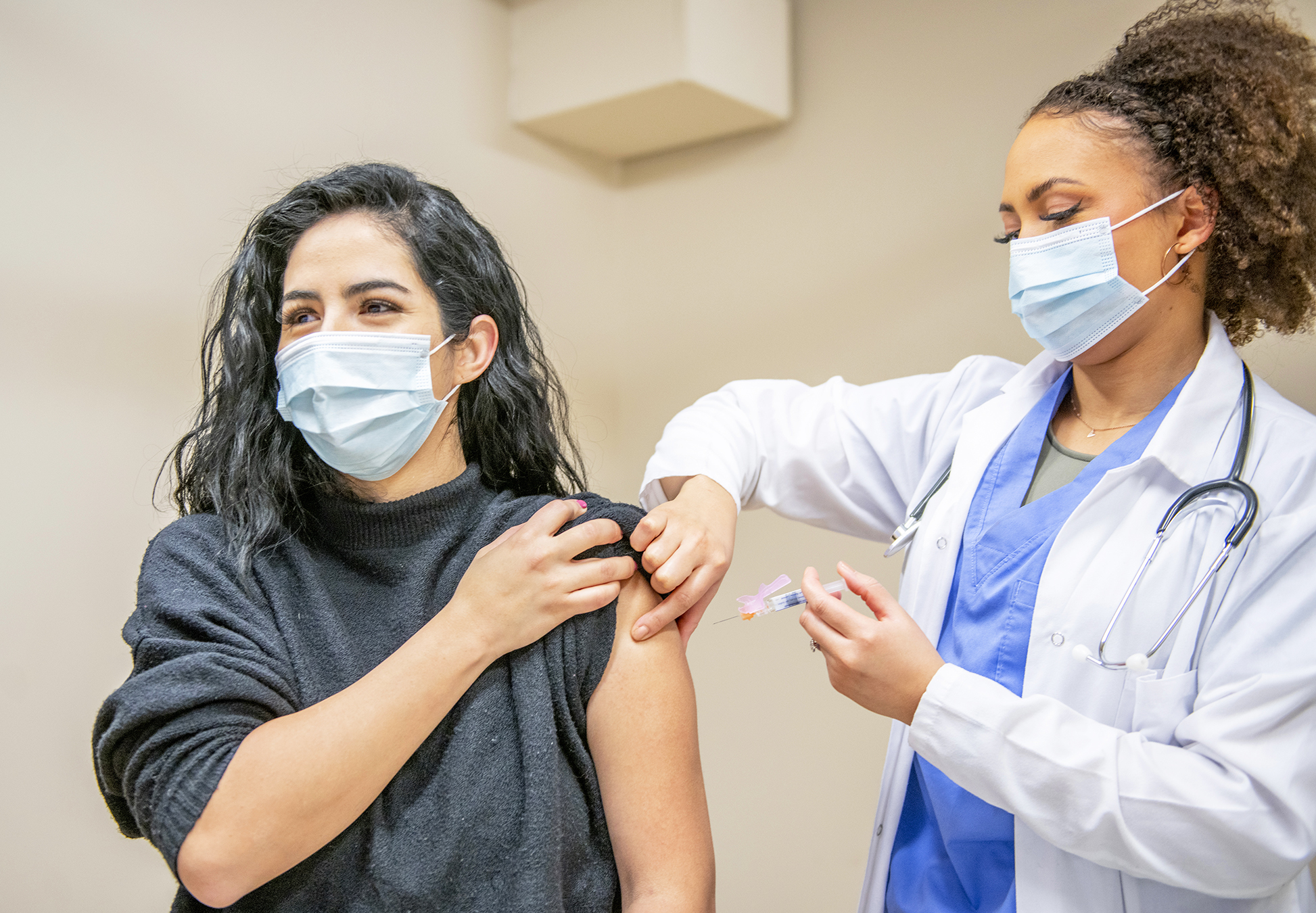 About 75% of residents in the Wellington-Dufferin-Guelph Public Health region have now received at least one dose of a COVID-19 vaccine. Public health officials are working on vaccinating those who may be hesitant. (Metro Creative Graphics photo)

“We have a team that is just completely embedded into the data of who our population is, where they reside, ages, those kinds of demographics,” said WDGPH director of community health and chief nursing officer Rita Isley, who is currently responsible for vaccine clinics and case and contact management.

Based on demographics, the public health unit has a “really good understanding” of where pockets of unvaccinated people are, Isley recently explained in an interview with the Advertiser.

The Advertiser requested to see a heat map to better understand vaccination rates and trends, but WDGPH ultimately decided against providing the maps.

In an emailed follow-up to the request, Wilson said “certain socio-cultural groups” could be identified, adding “some of our vaccine hesitant communities have specifically asked us to not centre them out.”

During an earlier phone call, Wilson also divulged that WDGPH “purposely” chose not to share map data with the public in the interest of protecting certain communities from stigma associated with hesitancy.

Other public health units, like Toronto Public Health, have released highly detailed demographic information of the rollout of vaccines across their health region.

“We can do pop-up clinics or have sort of targeted messaging, targeted mass mail-outs … to really try to get at those individuals and then we can monitor the progress using the heat map,” Wilson explained.

The health unit’s own target to have 75 per cent of the eligible population at least partially vaccinated “by June” was not met, with that threshold only surpassed as of June 22 with 202,351 residents aged 12 and older vaccinated with at least a single dose.

“I would say that we’ve made every effort humanly possible to to vaccinate our population as quickly as possible, based on the vaccine supplies that we’ve received,” Isley said.

She added the WDGPH region had “one of the lowest” allotments of vaccine in the province, preventing the health unit from achieving its targets.

“Unfortunately, supply chain dried up really quickly and we had some bumps in the road with regards to vaccines coming in,” she said.

“Overall I’m very proud of my team and the rollout that we’ve done to date because we have been extremely successful in responding to and adapting to all of the changing environments.”

Though the City of Guelph has surpassed an 80% vaccination rate, Wellington County lags significantly behind at 69% as of June 22.

The largest concentration of unvaccinated residents sits in Wellington North, according to Isley.

Determining exactly why the county or Wellington North is lagging, Isley says, is complicated due to contributing factors such as vaccine hesitancy, a lack of knowledge on how to access vaccines and a simple lack of desire to go through the steps.

Isley also said 10% of the population “on average” are anti-vaccination and will “never ever seek a vaccine”— a population whose philosophical beliefs, she says, are very difficult to shift.

“Our focus initially was to really get anyone that was eager to get vaccinated, vaccinated as quickly as possible … and then our next focus is on the vaccine hesitancy,” Isley said.

“Now, we’re going to try and make it as easy as possible for that population to be able to ask the questions that they want to ask and to be able to access the vaccine.”

Efforts have been ongoing but will ramp up in the coming weeks as the health unit works to make getting a jab as easy as possible through pop-up clinics, working with family health teams and taking to social media to advertise extra dose availability.

On June 14, WDGPH began using social media to post an open callout for anyone to come to the Fergus sportsplex to receive either their first or second vaccine dose without having to register and wait for an appointment email confirmation.

The tactic worked, bringing in 116 people to receive “extra” doses which came from refusals, cancellations/no-shows and additional doses drawn from vials.

“We’re seeing on average, about 100 or so extra doses at our clinics, depending on which vaccine were drawing up,” Isley said.

For those less convinced, Isley said misinformation is swaying some, while others are waiting to see if there’s any real adverse effects to the general population from receiving the vaccine.

“And I can appreciate that. I mean, we’ve never seen a vaccine release like this in our lifetime,” she remarked.

So public health experts, realizing some level of government distrust will be present in harder-to-reach communities, are turning to “vaccine champions.”

“So that at the very local grassroots level, I can go out in my neighbourhood and talk with my neighbours who I know are questioning whether or not to get the vaccine,” Isley explained.

The champions will answer questions and encourage skeptics to seek out unbiased information rooted in science.

Members of every stripe, from faith leaders to local businesses to neighbourhood groups.

“We’re working with every community partner that we possibly can get our hands on,” Isley said.

For more information on vaccine myths and facts visit the WDGPH website.