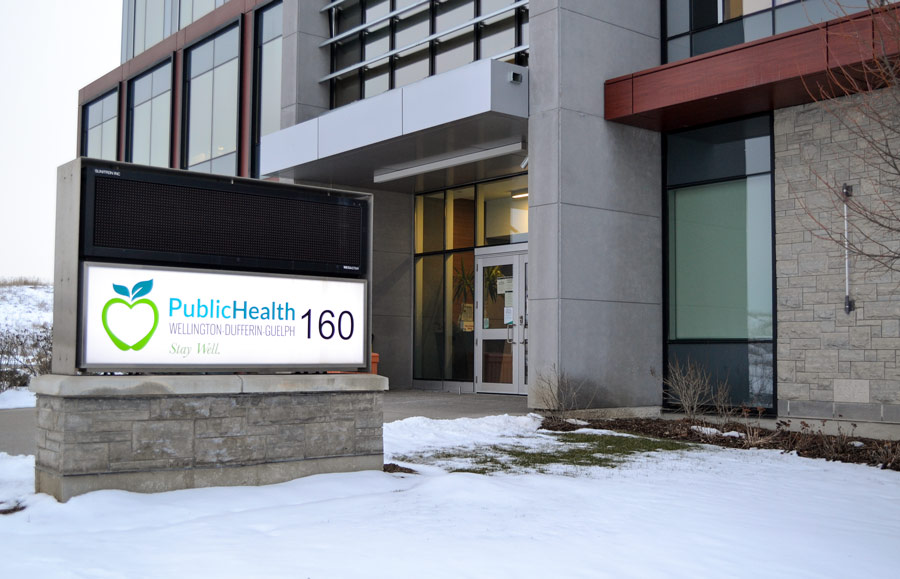 GUELPH – To date there are no coronavirus (COVID-19) cases in Wellington, Dufferin or Guelph, but there are now three confirmed cases in nearby Waterloo Region.

On March 5, health officials in Waterloo region confirmed a woman who returned on March 3 from Italy has tested positive for the disease.

She has a mild case and after treatment at hospital, has been sent home to self-isolate. Public health in the Waterloo region is investigating whether other passengers on her flight have also become ill.

On March 12, health officials confirmed two more Waterloo residents tested positive for COVID-19: a woman who returned from a cruise and a man who had returned from a trip to Las Vegas.

“It is not unexpected that a case would be confirmed nearby. We could see cases in our area in the future,” Chuck Ferguson, manager of communications for Wellington-Dufferin-Guelph Public Health (WDGPH), wrote in an email.

“The case in Waterloo confirms we are right to put emphasis on COVID-19 but is not alarming in terms of being unexpected. The case is being followed closely by that region’s public health officials and we are working with any contacts that person may have had with individuals in our area. The risk to the public remains low.”

So far WDGPH has tested at least 30 people for the illness since the outbreak began in January and is preparing to do more tests if and when cases emerge in this region.

Dr. Matthew Tenenbaum, associate medical officer of health, has been appointed the emergency preparedness officer for public health and is heading up the agency’s internal emergency system to deal with COVID19.

In an update to the board of health on March 5, Tenenbaum said the health unit is taking staff from lower-priority files to staff a call centre, develop a communications and logistics plan, and liaise with health care partners and providers.

Tenenbaum said the science on the disease is still emerging, but research indicates it is spread through “droplet-and-contact” transmission – more like the common cold or influenza than measles, which spreads through air-borne transmission.

He said health officials believe the incubation period is five or six days, “but we treat it like it’s 14 days.”

Tenenbaum noted 80 per cent of people who get the virus have mild symptoms, while 5% become critically ill, and 2% are at risk of dying.

Those statistics are based on reported cases, however, and the percentages will likely change when more data is collected.

It is also believed the virus can live on surfaces for nine days, Tenenbaum said. So, the best advice in terms of prevention is to wash hands frequently and thoroughly, keep your hands away from your eyes and nose, and to wash and disinfect high-touch surfaces like phones, doorknobs and light switches.

“People who are ill and have a travel history should be tested and self-isolate until they know the result,” Tenenbaum said. Those who test positive will be given more instructions and may be admitted to hospital if required.

“It’s troubling when you have a case with people who haven’t travelled or who don’t have a link to people who have travelled” to affected areas, said Dr. Nicola Mercer, Medical Officer of Health.

“In cases where we can’t link to an individual point source, that would be a tipping point for us.”

Ferguson said public health is meeting with community partners, hospitals, primary and long-term care facilities, and schools to ensure plans are coordinated and roles are clarified.

“We are also working to ensure wdgpublichealth.ca/coronavirus is the most up-to-date and reliable source of information on COVID-19 available,” he said.

Meanwhile, Wellington County posted signs and issued a press release on March 6 asking the public to stay out of county facilities if they have a fever, cough or difficulty breathing; have travelled to an affected area in the past 14 days (including mainland China, Hong Kong, Iran, Italy, Japan, Singapore or South Korea); or have been in contact with someone who has a confirmed or probable case of COVID-19.

Symptoms of COVID-19 appear very much like the flu or the common cold: sneezing, coughing, fever, and respiratory problems.