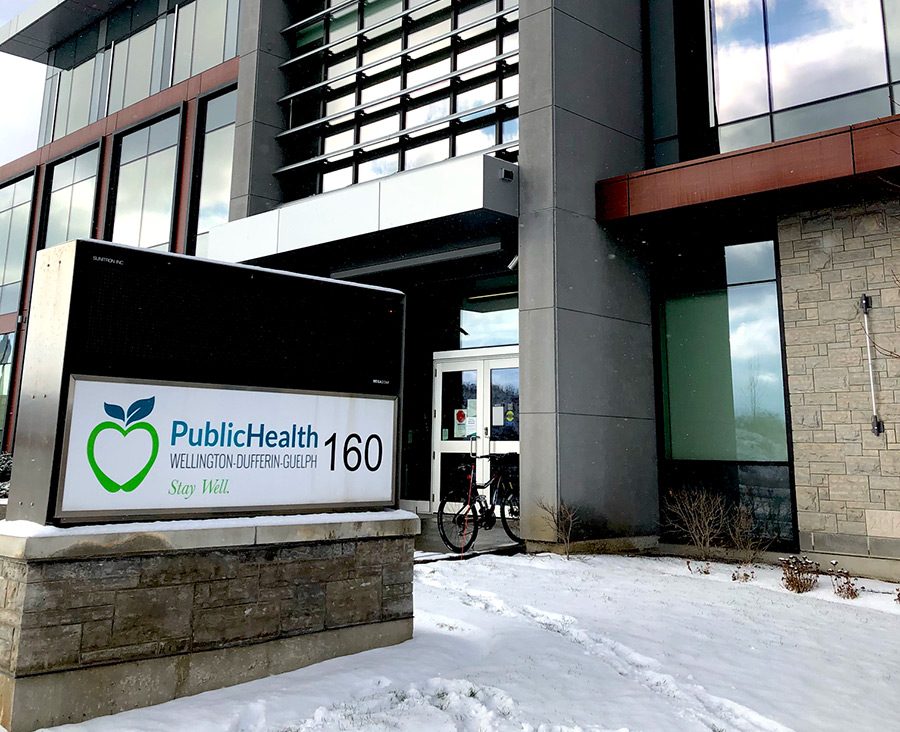 GUELPH – Wellington-Dufferin-Guelph Public Health (WDGPH) expects to resume its COVID-19 vaccination program as shipments of the Pfizer and Moderna vaccine are expected to arrive the week of Feb. 15.

Mercer said all 6,553 doses of the vaccine administered to-date have been first doses.

“We will return to second dose” when new shipments arrive, she said.

Mercer explained 3,055 doses have been administered to long-term care and retirement home residents and 1,709 doses to healthcare workers in those settings, which means about 90 per cent have had their first dose.

When shipments start flowing again, all residents and healthcare workers in those settings who want the vaccine will have it by Feb. 24, she said.

In addition, 1,589 healthcare workers at hospitals have received the first dose and 157 shots have gone to “essential visitors” to long-term care residents.

Christine Billings, a board member and Guelph city councillor, asked where paramedics fall in the priority list.

Mercer said many paramedics have been giving vaccinations or work on swabbing teams and therefore qualify for the priority vaccination list.

“There are several hundred, maybe thousands, of front-facing (personnel),” she said. “There’s not enough room for everybody to be front of the line.”

Mercer said physicians are also on the priority list and their shots haven’t begun either.

“We still have quite a way to go,” she noted, emphasizing the vaccine is safe and has been rigorously tested.

Michael Whyte, a health promotions specialist, said the survey results help public health identify where the infection is coming from and underscore that wearing masks is effective in stemming its spread.

The first survey drew 626 responses from the general public. The survey was open to people aged 20 to 79 and 25% of respondents were aged 60 to 79, 76% were female and 51% didn’t consider themselves at high risk.

Whyte said 12% of the public survey reported having COVID-like symptoms.

Of those, 56% said they didn’t know how they came in contact with the virus, 30% thought it was from household contact and 13% from outside the home.

“Of those who thought they knew when they had acquired infection only about 25% had been consistently (wearing) masks during suspected acquisition contact; 69% (were) consistently without face covering,” states Whyte’s report.

The second survey captured 471 responses from people with confirmed cases and the results were similar, Whyte said.

This group was equally divided on where they had acquired the disease, with 30.6% saying they didn’t know, 38.3% saying from within their household and 31.1% saying outside the home.

Of that group, work and indoor home gatherings were most frequently identified as the source, according to the report.

And like the first survey, 22% were wearing masks when they acquired the virus and 58% were not.

Whyte also presented charts showing case counts as compared to the dates of provincial restrictions such as the province-wide lockdown that came in effect on Boxing Day.

It takes a couple of weeks to see the impact of interventions and that’s how it played out here, he said.

Cases in the WDGPH region peaked on Jan. 9 followed by a sudden drop in cases.

“Right after the peak there’s almost an immediate drop in community cases,” he said. “These are very promising patterns.”

“We’re still in the thick of it,” he said. “We have a way to go to get comfortably below that line.”

Minto Mayor George Bridge applauded public health staff for their work and ability to roll with the ever-changing circumstances – especially regarding the vaccine.

“Once we get supply, we’ll be ready to get it in arms,” he said.

“I’m very confident once we get the vaccine, we will be able to roll it out quickly,” Mercer agreed.

The meeting was the 2021 inaugural meeting where executive and committee positions were elected.

The board voted for the status quo this year, with Bridge acclaimed as chair, Billings as vice chair, and Guelph-Eramosa Mayor Chris White as chair of the finance committee.