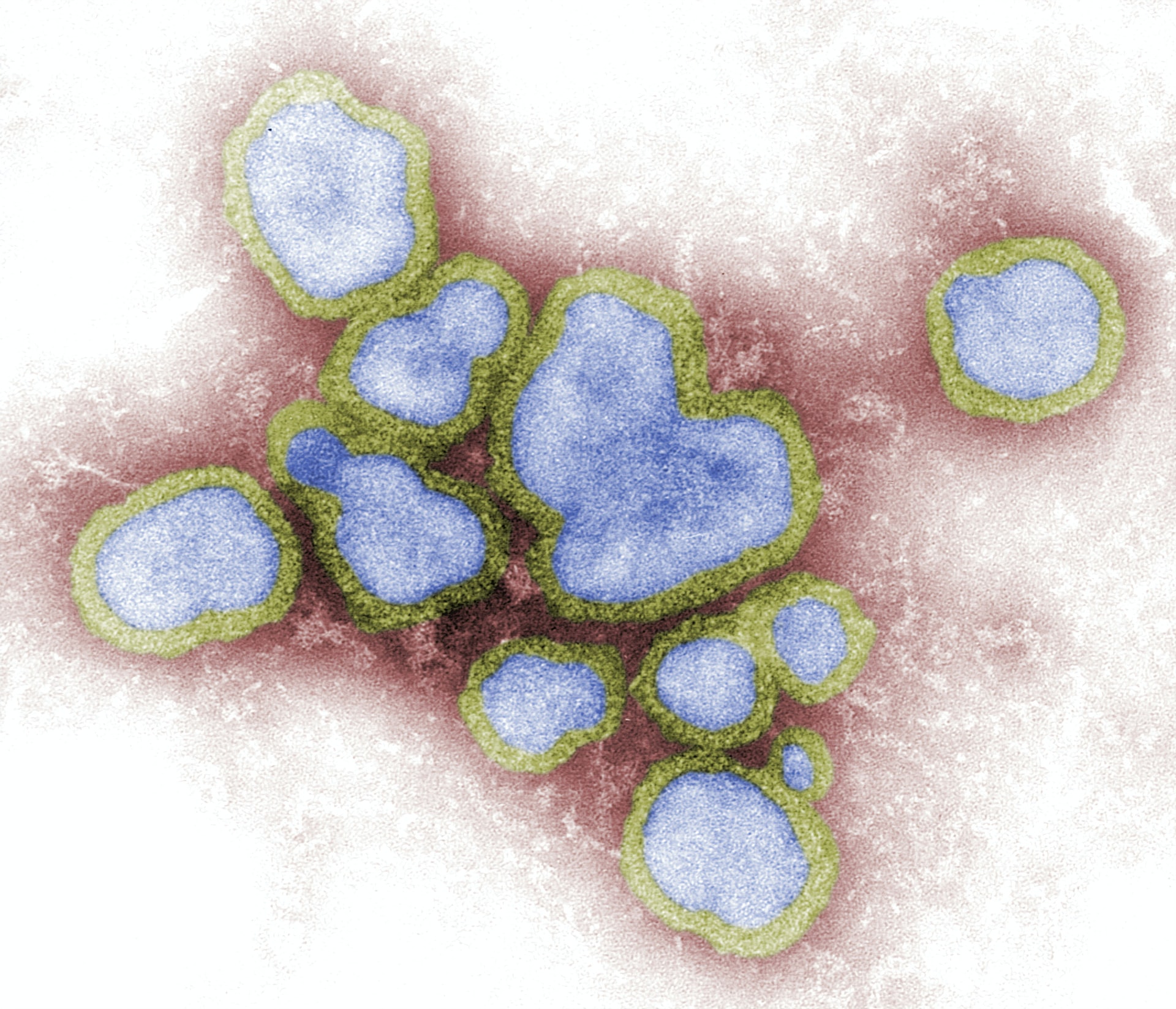 Wellington-Dufferin-Guelph Public Health is reporting the first case of influenza detected in the region in over a year since the last case was reported in April 2020. The newly discovered case is said to be travel-related. This image shows a digitally-colorized, negative-stained transmission electron microscopic image depicting Influenza A virions. (CDC-Unsplash image)

WELLINGTON COUNTY – The first 2021 case of lab-confirmed influenza has been detected in a Guelph resident, according to Wellington-Dufferin-Guelph Public Health (WDGPH).

“While this case is a result of travel, residents of the region should expect to see a resurgence of flu cases this fall as we reopen the region and gather in larger numbers,” an Oct. 14 press release from WDGPH states.

Confirmed by a lab in the Public Health Ontario network using a “mutliplex PCR test,” the sample returned positive for Influenza A (H3N2). It’s the first case of influenza detected locally since April 2020.

According to WDGPH spokesperson Danny Williamson, the case is determined to have originated outside of the province and WDGPH was made aware of the case on Oct. 11.

“The pandemic caused a significant decline in reported flu cases, but the flu never left us,” Mercer stated in the release.

To prevent overwhelming the health system and protect vulnerable persons, Mercer is advocating the public get a flu shot at public health clinics, their primary care provider or local pharmacies.