QUEEN’S PARK – The 2021 Ontario budget is the next phase of Ontario’s response to COVID-19, says Minister of Finance Peter Bethlenfalvy.

Presented on March 24 in the legislature, the budget is the second delivered by the Progressive Conservative government during the pandemic.

“You can’t have a healthy economy without healthy people,” said Bethlenfalvy.

“For the past year, we have been focused on protecting people from COVID-19. Many challenges lie ahead. But with vaccines being distributed in every corner of the province, hope is on the horizon. We are ready to finish the job we started one year ago.” 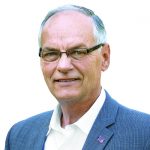 The budget delivers on the government’s commitment to protect people and jobs during COVID-19, says Perth-Wellington MPP Randy Pettapiece.

“This action plan will get us through this pandemic and come out the other end stronger,” Pettapiece stated in a March 25 press release.

However, opposition leader Andrea Horwath, of the Ontario New Democratic Party, criticized the lack of funding for long-term care in the budget.

“There’s a lot missing from my perspective from long-term care,” Horwath said, adding the budget’s treatment of the sector lacked “urgency of funding and attention.

“The government must have missed the memo, because the pandemic is not yet over,” said Horwath, adding that an NDP government would urgently invest in long-term care, education and hospitals, including paid sick days and paid time off to get vaccinated.

In a press release, Del Duca pledged his first act if elected premier would be to kill Premier Doug Ford’s “sprawl-spreading” Highway 413, and instead use the funds to invest $8 billion in new money over five years to build and repair publicly-funded schools in every corner of the province.

“Doug Ford has got it all wrong – he’s foreshadowing cuts to our publicly funded education, while Ontario Liberals are focused on the millions of families whose children deserve the best schools possible,” said Del Duca.

In an effort to ensure every person who wants a COVID vaccine gets one, the budget makes available over $1 billion for a province-wide vaccination plan. It invests in testing and contact tracing and makes more money available for personal protective equipment to protect the vulnerable and frontline workers.

Businesses that received support from the small business support grant will see another payment equal to the first. In addition to lower electricity bills, lower taxes, and lower payroll costs, this brings the estimated total support for small businesses to $6.3 billion in 2021.

“The budget will help keep local businesses in business,” Pettapiece said. “That’s good news for every main street in our riding.”

Pettapiece also welcomed the introduction of a new Ontario Tourism and Hospitality Small Business Support Grant. It will provide an estimated $100 million in one-time payments of between $10,000 and $20,000 for eligible small businesses including hotels, motels, bed and breakfasts and travel agencies.

“This responds to a clear need from local accommodations providers and their employees, who suffered a massive drop in revenue along with the drop in tourism,” Pettapiece stated.

In education, the budget provides $14 billion over the next 10 years to build and upgrade schools. Parents will receive a third round of COVID-19 Child Benefit payments. Those payments will double to $400 per child, and $500 for each child with special needs.

Supporting victims of domestic violence and human trafficking is another key priority. The budget invests $18.5 million over three years.

To help the thousands of people struggling with mental health and addictions issues, Ontario is adding $175 million in 2021–22.

The budget projects more than $187 billion in expenditures in 2021, including $30 billion in pandemic-specific spending and will result in Ontario’s biggest-ever deficit: $38.5 billion.

The entire budget is available at budget.ontario.ca/2021.