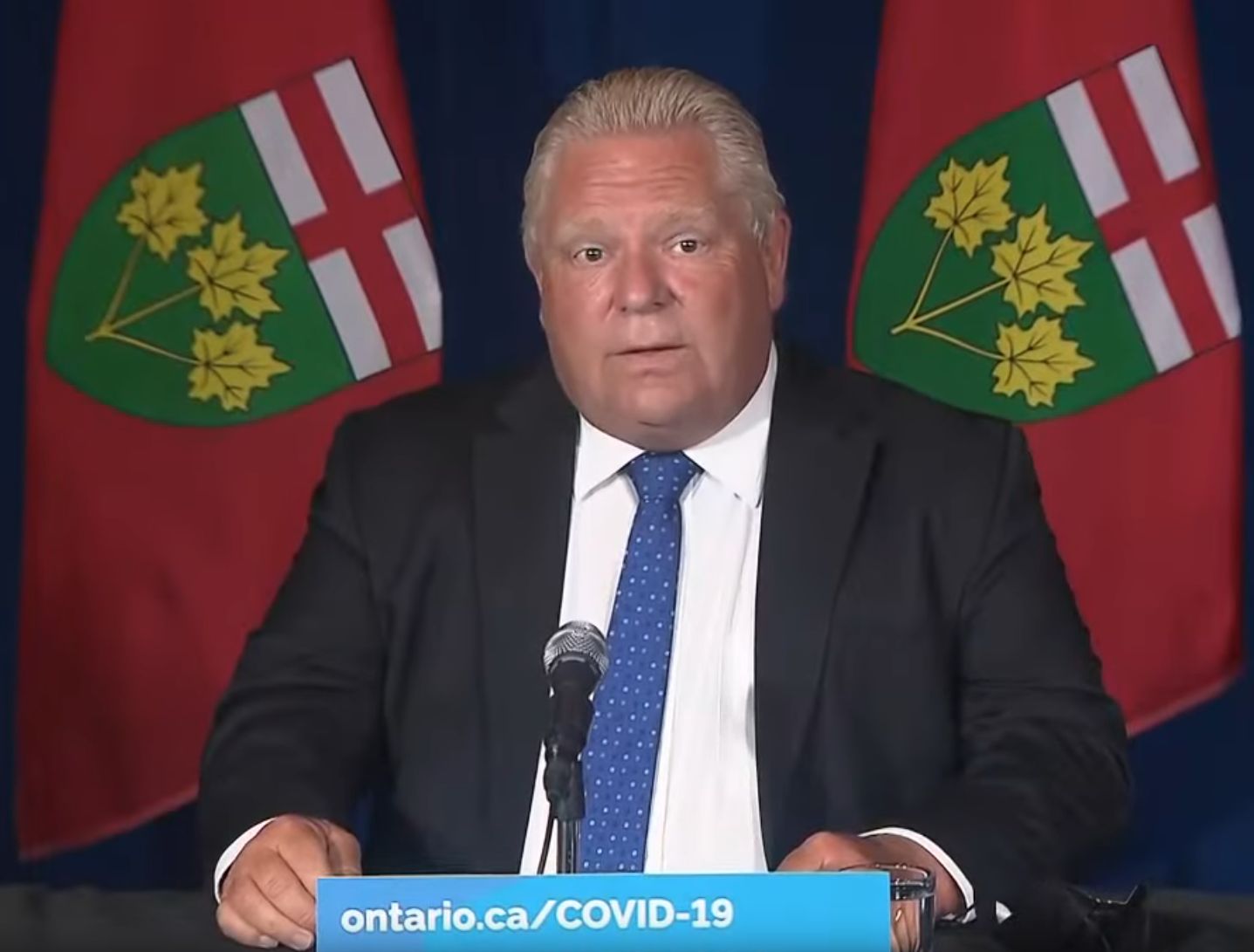 TORONTO – The Ontario government has announced an accelerated timeline for lifting numerous public health measures designed to limit the spread of COVID-19, including ending provincial proof of vaccination requirements in most settings by March 1.

“Given how well Ontario has done in the Omicron wave, we are able to fast-track our reopening plan,” Ford stated.

“This is great news and a sign of just how far we’ve come together in our fight against the virus.

“While we aren’t out of the woods just yet we are moving in the right direction.”

Other measures set to begin Feb. 17 include:

The province will also begin allowing 50 per cent of the usual seating capacity at sports arenas, concert venues and theatres as of Feb. 17.

Indoor capacity limits will be increased to 25% on Feb. 17 in the remaining higher-risk settings where proof of vaccination is required, including nightclubs, restaurants where there is dancing, as well as bathhouses and sex clubs.

Capacity limits for indoor weddings, funerals or religious services, rites, or ceremonies will be increased to the number of people who can maintain two metres physical distance.

Capacity limits are removed if the location opts in to use proof of vaccination or if the service, rite, or ceremony is occurring outdoors.

The press conference was slated to begin just 30 minutes ahead of a First Ministers conference call initiated by Prime Minister Justin Trudeau to address ongoing “Freedom Convoy” blockades in Ottawa and at border points around the county.

Ford stated the lifting of measures was unrelated to the protests by groups calling for a lifting of mandates and measures related to limiting the spread of COVID-19.

The premier was asked if the lifting had anything to do with politics, given the pending provincial election slated for this June.

“This plan was in place long before the protesters were out there and I wouldn’t call them my supporters necessarily,” Ford replied.

“I think it’s a mixed bunch out there. But at the end of the day we need law and order.”

Ford was also asked if he supported the protestors’ cause, “if not their message.”

Ford, who enacted a state of emergency in Ontario on Feb. 11 to deal with the protests, had a stern warning for those involved on Monday.

“To those who are still there, to those of you who are there with the sole objective of causing destruction and chaos, there will be serious consequences for this lawless activity,” he stated.

“If you choose to use your vehicle to create chaos you will lose that vehicle and your license, plain and simple,” he added.

Later in the press conference Ford stated protestors who are charged would lose their licenses “permanently” and their vehicles “indefinitely.”

Asked if he supported imposition of the federal emergencies act in response to the protests, Ford stated, “I’ll support the federal government in any proposals they have to bring law and order back to our province.”