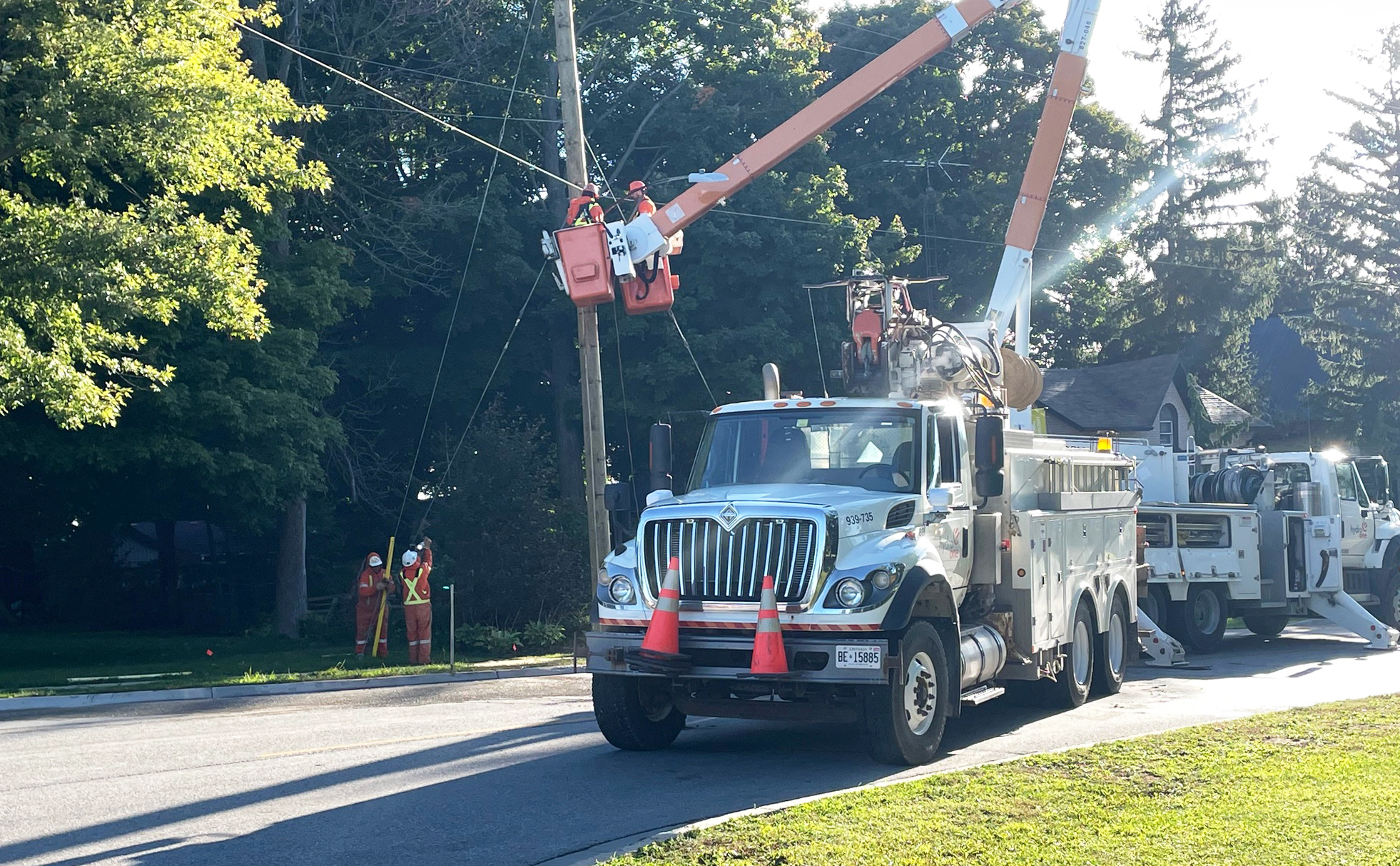 Hydro crews worked for several hours on Sept. 29 to address damage to a hydro pole after a van crashed into it at around 1:30am. Police are looking for the driver, who fled the scene on foot. Photo by Patrick Raftis

ALMA – Police suspect the driver of a van that struck a hydro pole here before fleeing the scene may have serious injuries.

Wellington County OPP officials stated police responded to a “serious” single-vehicle crash on Elora Street North (Wellington Road 7) in Alma at about 1:30am on Sept. 29.

Police say a red van had struck a pole and the driver fled the scene on foot.

“Emergency services responded but could not locate the driver,” police stated in a press release.

“It is possible that the driver had suffered injuries.

“The roadway has remained closed for the ongoing investigation and the whereabouts and identity of the driver is still unknown.”