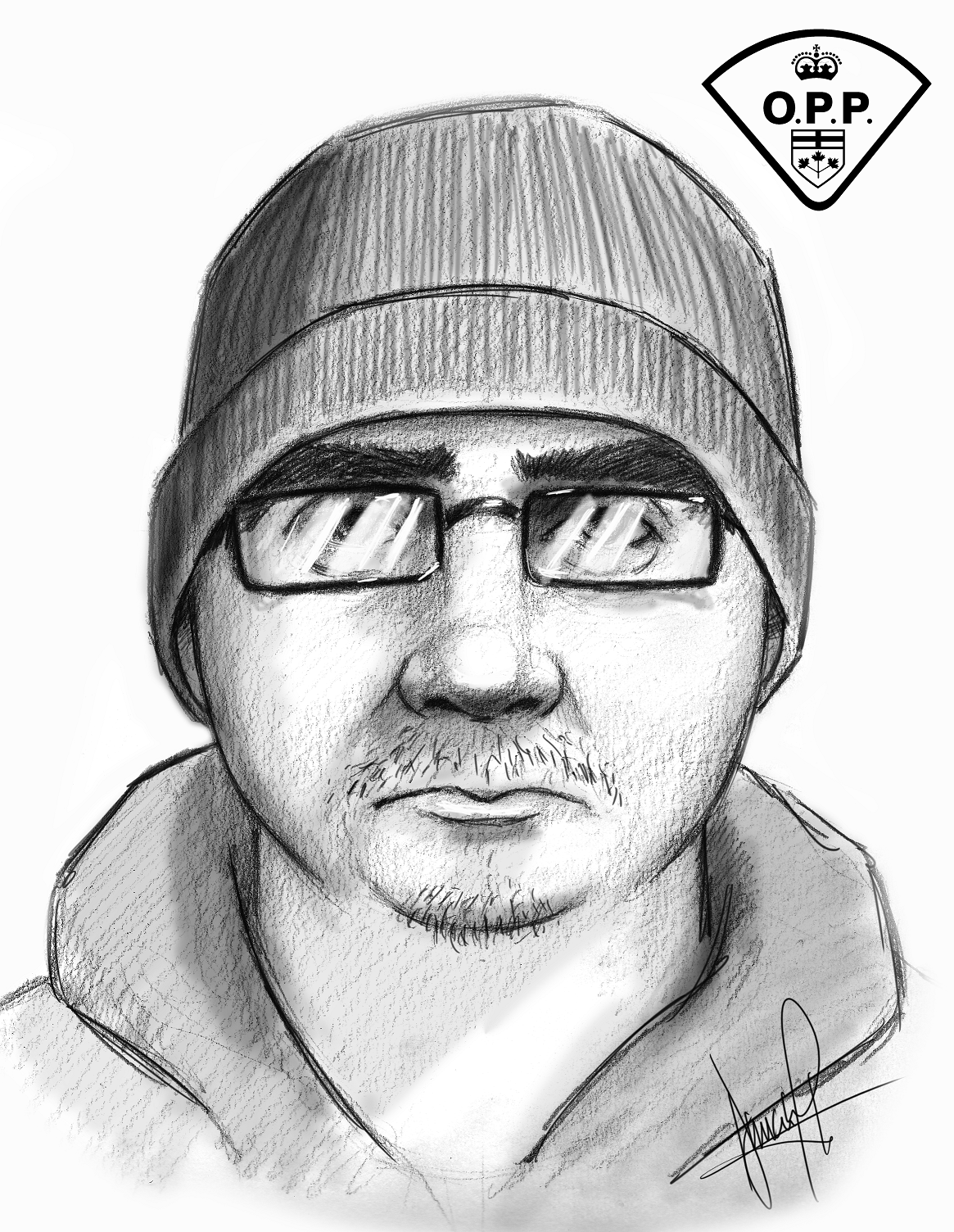 FERGUS – Police have released a sketch of a suspect wanted in a sexual assault here last month.

Wellington County OPP officials say that on April 24 at about 9pm, a teenaged girl was sexually assaulted by a man riding a black bicycle on the Elora-Cataract Trailway east of Gartshore Street and just west of the 1st Line in Fergus.

“The suspect fled the scene on his bike and was last observed riding … towards Fergus,” police stated in a press release.

The OPP describes the suspect as Caucasian, about 5’10” tall and weighing 150 pounds, with sparse facial hair on his upper lip and chin, and a round face with thin lips.

Police are asking anyone with any information to contact the Wellington County OPP at 1-888-310-1122.