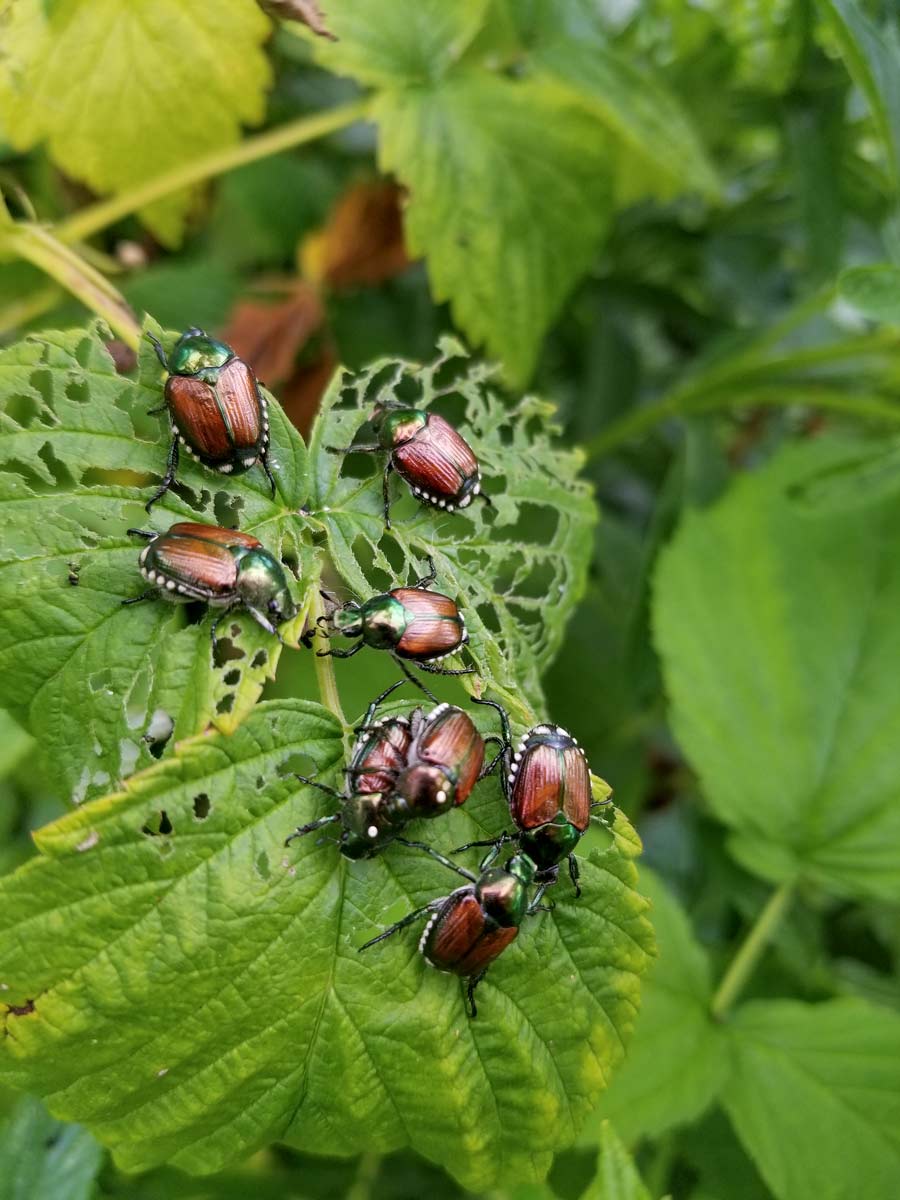 Japanese beetle - Pheromones can lure beetles from your plants and into a trap where they will die. Submitted photo

Agriculture and Agri-Food Canada (AAFC) researchers have found that  planting with pest management in mind from the start will save you problems later in the season.

Battle blight in tomatoes and potatoes

Late blight is an aquatic mould that targets tomato and potato plants. Its Latin name, Phytophthora infestans, translates as “the plant destroyer” and it was the major culprit of the Irish Potato Famine in the 1840s. It causes plant damage and a crop with dead flesh, off flavour and a grainy texture, rendering it largely inedible.

The disease is spread by spores that can travel on the wind or be splashed onto plants by rainwater, ruining acres of crops in a matter of weeks. It’s particularly damaging to Canada’s potato sector.

Strawberries often fall victim to grey mould – that fuzzy fungus that appears on your berries once they’re picked, but starts in your garden bed.

According to research from AAFC’s St. Jean-sur-Richelieu Research Centre, you can minimize grey mould and get the best from your berries by using plastic sheeting, row covers and mulch.

Lay the plastic sheeting over your garden rows and cut an ‘X’ or circle through the plastic for each strawberry plant. Next, apply mulch, not straw, between the rows. Finally, put your plastic row covers over your strawberry patch.

By planting this way, your strawberries will be exposed to less grey mould and last longer in your fridge.

Indigenous insight to winnow out weeds

You may know about the Indigenous “Three Sisters” planting trio and how corn, squash and beans together help build and maintain soil health.

Always place short leafy plants at the base of plants that will grow taller for less weeding and more relaxing.

Since one in five of all known life forms on earth is a beetle, chances are you’ll run into a few in your garden. Many are helpful garden allies who recycle soil nutrients, help with composting, and eat bad bugs like aphids and slugs. But other beetles are garden adversaries who feed on plants and crops, ruining harvests.

If you live in eastern or central Canada, you may be fighting the Japanese beetle. Recognized by its metallic green head and metallic copper wings with six tufts of white hairs along either side of the abdomen, it’s an invasive species that skeletonizes foliage on roses, blueberries and many fruit trees. In their larval stage, they munch on the roots of grasses, ornamentals and vegetables.

“Pheromone traps are an effective strategy for battling beetles,” said Dr. Julia Mlynarek. Available at garden centres, these traps should be placed far from your plants, as their seductive scent will lure many beetles.

Empty and clean the traps regularly so beetles have room to enter and be trapped. If they find the trap full, they’ll wander off to feast on your foliage instead.

In her research on the Japanese beetle, Mlynarek has found that planting extra herbs is also a deterrent.

“Herbs from the carrot family, like dill and coriander, attract a tachinid fly that is a predator of the Japanese beetle,” she said.