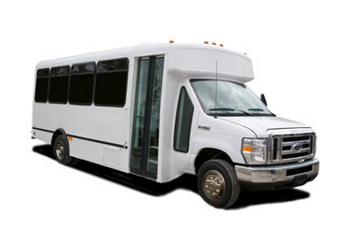 OWEN SOUND – A new twice-daily bus service is expected to be on the road in Wellington County in 2020.

The City of Owen Sound has embraced a different transportation option which will benefit Wellington communities along Highway 6 as well.

On Oct. 28, Owen Sound’s manager of purchasing, risk and assessment management Michelle Palmer, brought forward a report for awarding a contract for inter-community transportation between Owen Sound and Guelph.

Specific stop points within these communities have yet to be determined.

She added “there will be two separate round trips per day and service is expected to begin January 2020 and will conclude March 31, 2023, which is when the grant ends.”

Her report stated fares will be based on zone rates with a trip from Owen Sound to Guelph costing $20 to $24.

The first bus is to depart Owen Sound at 7:15am, with the last bus leaving Owen Sound around 5:30pm.

The fully-accessible buses will seat 20 to 22 passengers and make several stops between Owen Sound and Guelph.

Palmer stated “this is a pilot project funded through the Ministry of Transport and continuation of the service after conclusion of the pilot project is not guaranteed.”

She added continuation of the service would be based on an evaluation of the pilot project by the ministry and the city.

Palmer stressed “it is not the intent that the city take this on as an operation of the city after the pilot is complete.”

She explained the goal is that a significant ridership would generate the revenue for the provider to carry on the service.

Councillor Scott Greig asked if it is up to the service provider, Voyago, to secure a location in Guelph.

The hope is Voyago will stop at the downtown Guelph bus terminal.

Greig noted he’d spoken earlier in the meeting about carbon taxes “… boy here is a something which could make a difference if it cuts down one trip, two trips a year to be able to put someone on a bus economically.”

He added from Guelph, riders can connect with other transportation systems to take them across the province.

“It is a world of opportunity for people and I hope it is well received both here and all the towns in between,” he said.

“It is a new way of getting to Arthur and this can only help us,” he said.

Tamming asked for clarification on one point. “This can’t and won’t cost us a dime?”

Palmer said the pilot project is being paid for through grant funding and generated revenues to cover the provider operation costs and  any marketing to promote the service.

He stated the service gives the local area a stop in Mount Forest and Arthur.

Cork offered thanks to the county economic development department because those stops were not a given when the bus project was first initiated. He also said he considered the projected cost to passengers “pretty decent.”

He intends to follow up with Wellington County’s economic development department to find out where the stops will be located.

Following council, Mayor Andy Lennox explained at the time Wellington County was developing is Ride Well program, the County of Grey and the City of Owen Sound were working on this bus service.

“Initially there were not going to be any additional stops in Arthur, Mount Forest, Fergus and Elora.”

Lennox added, “This is great. There used to be bus service and a lot of people made use of it. I think this is a great link for people.”

Lennox said, “once people are aware (of the service) they will make use of it.”

He added this will provide an opportunity for people to travel in both directions.

The intent is for the bus service to arrive at the Guelph bus station.

Lennox said he was aware the Ride Well program will take riders as far as the Walmart at the north edge of Guelph at which point passengers would connect with Guelph city buses.