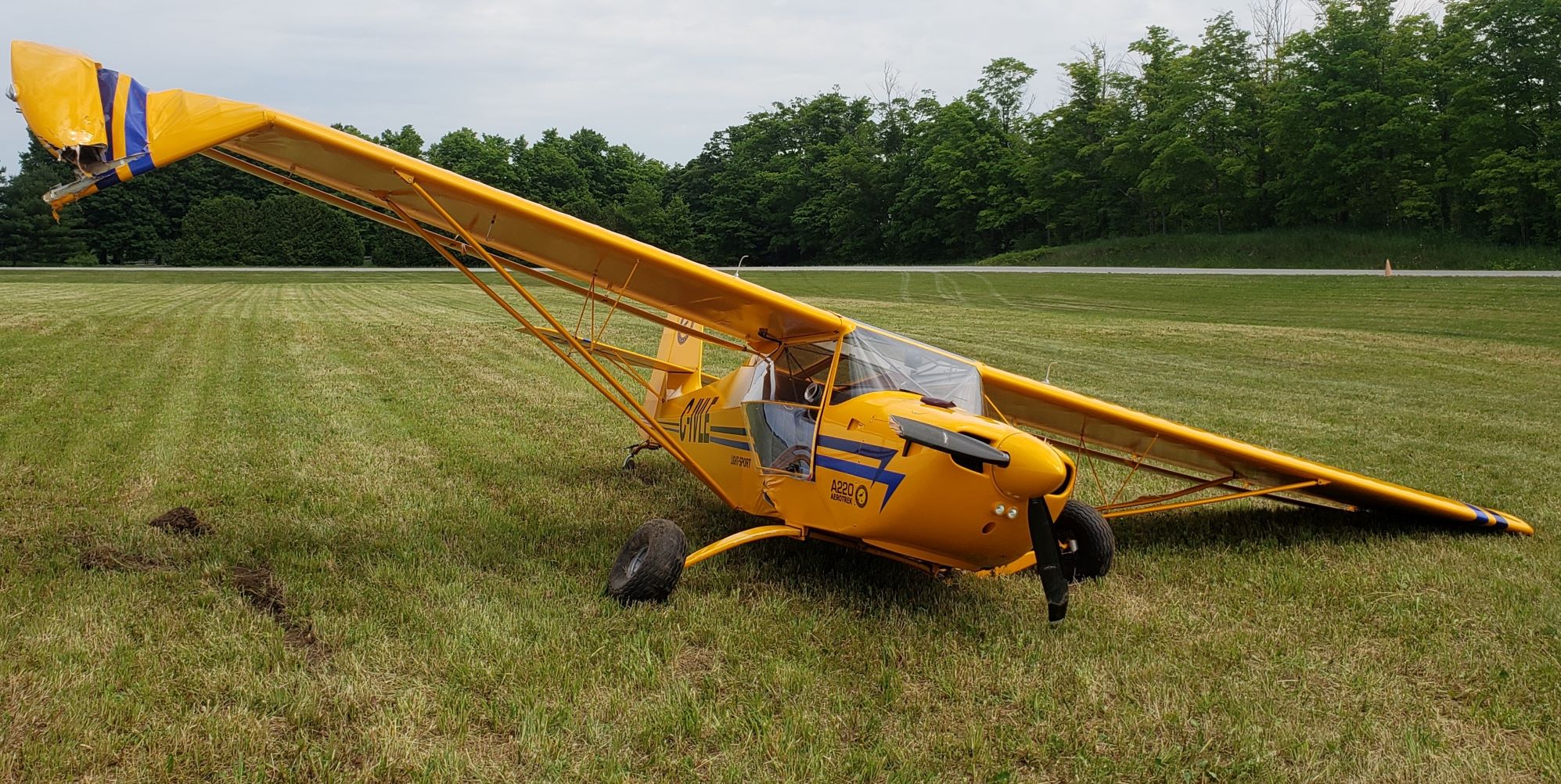 The aircraft received moderate damage and the pilot was injured when this plane crashed in Puslinch Township on June 22. Submitted photo

PUSLINCH – The Transportation Safety Board (TSB) of Canada is looking into a plane crash here that left the pilot injured.

On June 22 at about 11:35am, emergency crews responded to the crash near the Puslinch-Flamborough Townline.

“The pilot attempted to return to the landing strip when the crash occurred,” stated police.

The 63-year-old pilot was transported to a local hospital with non-life-threatening injuries and the airplane received moderate damage.