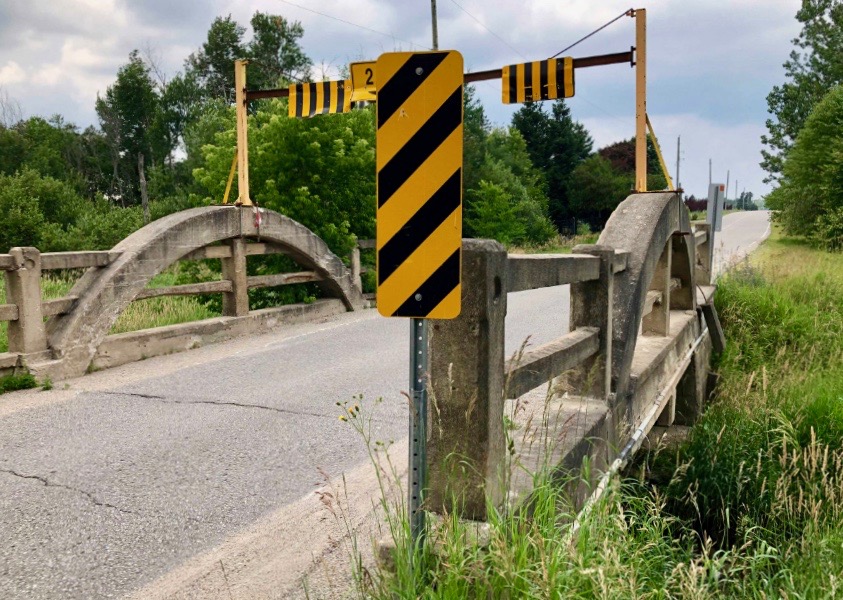 The replacement of this bridge on the 5th Line between Wellington Road 18 and Eramosa-West Garafraxa Townline, south of Belwood Lake, is one of two bridge projects that will proceed now that a Part II Order request has been terminated by the province. Advertiser file photo

ELORA – A Part II Order request that put the brakes on two bridge replacement projects in Centre Wellington, has been “terminated” by the Ministry of the Environment, Conservation and Parks.

Colin Baker, managing director of infrastructure services, told council at its Sept. 8 meeting that he received a letter from environment minister Jeff Yurek on Aug. 24 outlining recent changes to the Environmental Assessment Act.

“A key change made to the Act was to limit Part II Order requests to potential adverse impacts of projects on constitutionally protected Aboriginal or treaty rights,” states Yurek’s letter, which was obtained by the Advertiser.

“All Part II Order requests that were under review which do not pertain to potential adverse impact on constitutionally protected Aboriginal or treaty rights have been terminated by the amendments.”

The issues raised in the order request for bridges 24WG and 4WG centred around process and decision-making and don’t fall within the new restrictions.

“So, the request is terminated,” said Baker, quoting from the letter.

“That means the bridge is approved and we can proceed.”

Demolition and reconstruction of the two historic bridges had already been approved by council when a Fergus resident filed the Part II Order request.

Nothing more could happen with the bridges without the minister’s decision.

Bridge 24WG is on the 1st Line between Sideroad 10 and Sideroad 15, north of Fergus. It has been closed to traffic since 2018.

Bridge 4WG is on 5th Line between Wellington Road 18 and Eramosa-West Garafraxa Townline, south of Belwood Lake. It is a single lane bridge and currently has a height limiter.

Jean Gerrard, a member of Heritage Centre Wellington, filed the Part II Order request as an independent citizen and not on behalf of the committee.

She claimed the heritage committee had not properly discussed or made a recommendation to council on the heritage value of the bridges prior to council’s decision to rebuild rather than restore them. 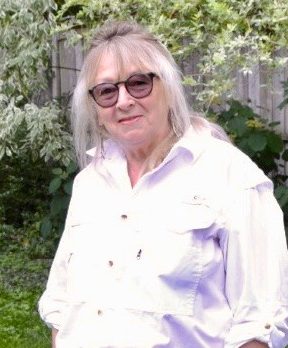 She wanted the minister to examine meeting minutes, reports and council motions to determine whether the proper process was followed.

In an interview on Sept. 11, Gerrard said the decision is neither a win nor a loss for her or the township.

“It’s still not a ‘get out of jail free card’ for the township,” she said.

“[Yurek] doesn’t state the concerns I had are wrong. In fact, he encouraged me to work with the township to find a solution.

“And it points out that [the township] still has to adhere to the Environmental Assessment Act.”

Gerrard continued, “They can go ahead with the bridges as long as they comply with the act. And I’ll continue to raise these concerns.”

Back at the council meeting, Baker said the township is ready to begin the detail design on Bridge 24WG with construction to begin in 2022 and completion over two years.

Ten per cent will come from development charges and the remainder from the capital levy and money the township received from the Ontario Community Infrastructure Fund.

Councillor Kirk McElwain asked why the bridge was not being funded from the capital levy when there is $2.8 million in that account.

CAO Andy Goldie said the levy and 10-year budget forecast on bridges and culverts was coming later in the agenda and plans for that funding source would be explained.

Mayor Kelly Linton cautioned at the beginning of the meeting that there had to be a hard 5pm end to the meeting and therefore the meeting was adjourned before they reached that part of the agenda.

The meeting was a pre-budget discussion of capital projects proposed for 2021.