OPP officials say two men entered an Erin pharmacy on May 6 and stole numerous electric toothbrushes worth over $700. Submitted photo

ERIN – Police are looking for the men responsible for stealing hundreds of dollars worth of toothbrushes from a business here.

On May 6 at about 12:45pm, Wellington County OPP officers responded to a shoplifting complaint at a pharmacy on Main Street in Erin.

Police say that at 12:30pm two men entered into the business and stole from a display numerous electric toothbrushes worth approximately $720.

“When the suspects were approached by a staff member, they fled out the back door and into an awaiting vehicle,” police stated in a May 7 press release.

The vehicle, which police say “left the scene in an unknown direction,” is described as a dark-coloured sedan.

The suspects are described as follows 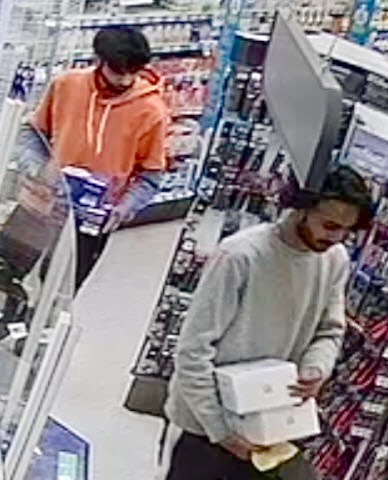