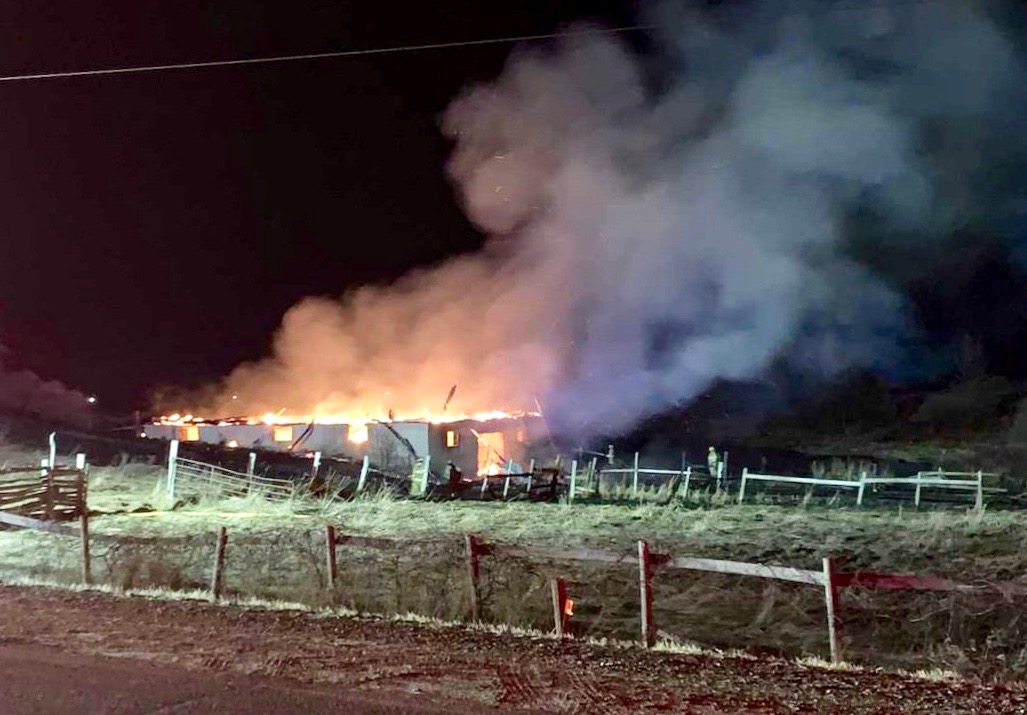 ERIN – A barn was destroyed but no one was injured and no livestock or machinery was lost following a late night fire here on Friday.

Firefighters from the Erin and Hillsburgh stations were called to the blaze on Trafalgar Road, between Wellington Roads 42 and 50, northwest of Ballinafad, on March 19 at about 10:35pm.

“When our crews arrived on scene the barn was fully involved,” said Erin Fire Chief Jim Sawkins, adding 26 firefighters responded to the call.

He explained the fire had started to spread to vegetation surrounding the barn, but firefighters got that under control and decided to contain the blaze to the building foundation.

“It was an old barn in bad condition,” Sawkins said, noting there were no closeby structures.

There was no livestock or equipment in the barn and no one was injured while battling the fire, he added.

Crews cleared the scene at about 3:20am.

Sawkins estimated the damage at about $10,000 and said while the cause of the blaze is under investigation, “there’s no reason to believe it was suspicious.”