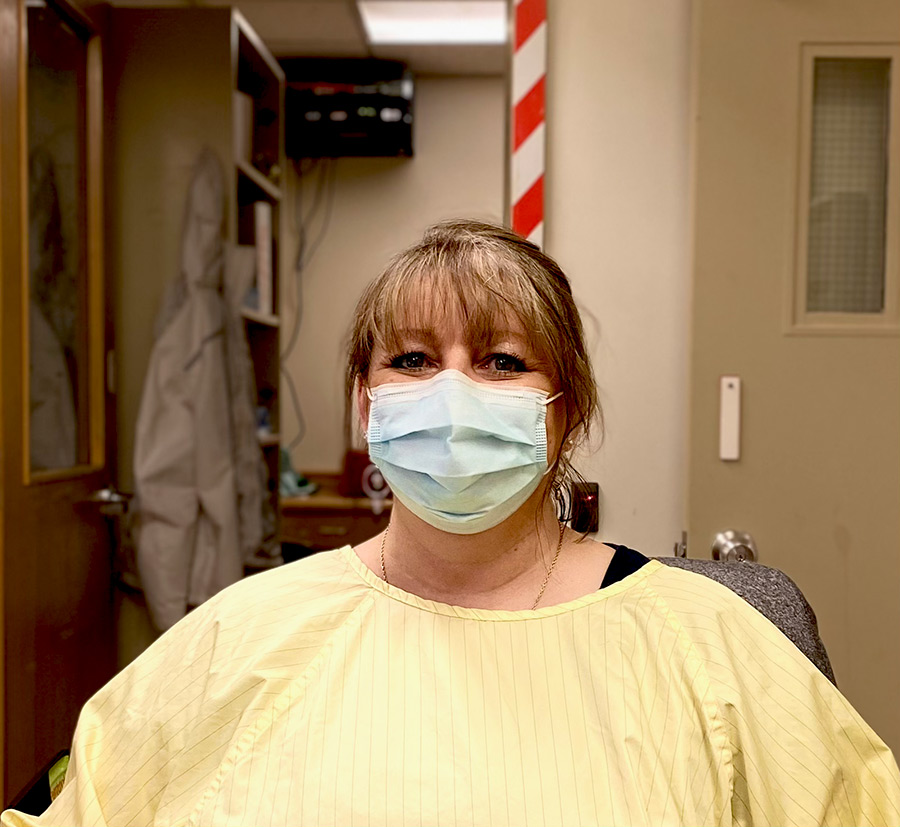 WELLINGTON COUNTY – For many, the COVID-19 pandemic has put a strain on their daily lives.

For front line healthcare workers, it has turned life upside down.

Living in trailers, garages and basements has become the norm for many frontline healthcare workers, who are taking significant measures to keep those around them safe.

Nurses from Wellington Health Care Alliance (WHCA), which operates Groves hospital in Fergus, Louise Marshall Hospital in Mount Forest and Palmerston and District Hospital, spoke with the Advertiser about the sacrifices they have made over the last year, the challenges they’ve faced and what keeps them motivated during this time.

Initially a floor nurse for in-patient services at the Groves Memorial Community Hospital, registered practical nurse Allison Lewis transferred to the COVID Assessment Centre at the old Groves hospital in Fergus in October to help with the staffing demand.

Lewis explained that due to unknowns caused by the pandemic, people were leery of the assessment centre positions, so she stepped in.

“I thought, ‘you know what, if you lead by example hopefully other people will follow and understand that we can be safe and still be able to help in the different ways that we need to,’” Lewis explained.

Lewis said staff is continuously asked to volunteer for different positions or be redeployed to other hospitals, creating added stress on them.

“In the back of everyone’s minds all the time, they’re asking ‘if I’m not comfortable with that, does that mean they can just make me go,’” Lewis explained.

Sandra Hamilton, registered nurse and infection prevention and control lead for North Wellington Health Care, says one of the most challenging obstacles has been the rapid and continuous change in procedures and protocols. 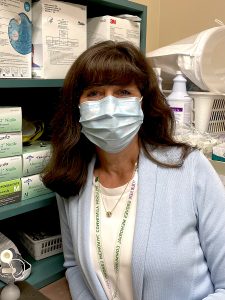 “We are receiving all of the ministry guidelines, the directives and the information from public health,” Hamilton explained.

“So, it’s up to us as a team to look at those, interpret them and translate them into how that’s going to impact our front lines and our care providers and keep them safe.”

This includes making sure staff have the appropriate personal protective equipment (PPE) and ensuring they’re taking the appropriate measures to keep themselves and the patients safe.

For many nurses, at the beginning of the pandemic the hardest part was the uncertainty they faced as well as new protocols and what they would look like going forward.

Lewis noted the only thing they knew from a nursing standpoint was the virus could be very contagious and very deadly. There wasn’t a lot of government direction at the time, making it very stressful for herself and her coworkers.

“Initially, at the outset of the pandemic, those ministry guidelines and directives were changing very frequently so what we might have been doing one day we would have to pivot and do something different the next based on what they were saying,” Hamilton explained.

For many frontline healthcare workers, including Lewis, the pandemic has been an isolating experience.

She lived in a trailer from March of last year until October on her son’s property.

“From a nursing perspective, only your coworkers really understand what you’re going through,” Lewis explained. “I’m not the only one who went to live in a trailer, there’s quite a few of us. Some people were relegated to their garages, their basements until more was known.”

With her kids being older and moved out, it’s just been her husband and herself. But  for Lewis, it was safer for her to stay away from everybody.

“From a family perspective, I have grandchildren I have not seen in months and months,” Lewis said.

“I have my own children that I haven’t seen and so it’s very isolating, you feel very alone.” 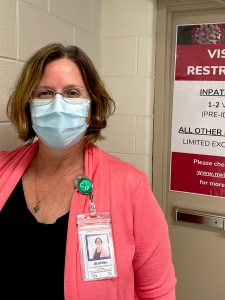 Not only has the past year been isolating, but the idea of having a “day off” hasn’t been a reality over the past year for Jill Schitka, vice president of clinical services and chief nursing executive for the Wellington Health Care Alliance.

Even when she’s not at work, Schitka’s anxiously waiting for her phone to ring with a new rule or protocol update to ensure that she’s making the best decisions for her staff, patients and the community.

“Always something you have to be on top of to be two steps ahead so that you can ensure that your staff gets the communication, planning and the safety measures in place.”

For Schitka, when she goes home from work, it’s not a direct line through the front doors and into the arms of her family. First, she goes to the garage where she disposes of her PPE and changes before going to greet her husband.

Working in her role, Schitka has to remind herself to think about the little everyday things she might have to do differently.

“I don’t just run home and hug my husband, you’ve got to think first,” Schitka explained. “You think about all those little things that you might do differently.”

In addition to added protocol pressures, Lewis, like many other frontline healthcare workers, has witnessed first-hand the effects of the virus on patients who have died in front of her.

Schitka noted the pandemic has taken a mental health toll on the nurses working with patients who have been affected by the virus.

“The fact that you’re the last person that’s with them and their loved ones might only be able to talk to them over the phone, that’s been a different experience,” Schitka explained.

“That’s something that you’re not used to as a nurse.”

“It’s heartbreaking, it’s absolutely heartbreaking,” Lewis added. “Your heart is just in pieces when families are not able to get together.”

She added, “We’re putting an iPad in front of [the patients] with their remaining family who can’t come in and I think from that point of view, it is just gut wrenching.”

Working in a constantly changing environment, paired with restrictions all day long and the awareness that they have to constantly be monitoring their own personal safety, has contributed to a growing fatigue for nurses.

“For us, we’re living it every single day. We are living this reality in healthcare on a daily basis,” Hamilton explained.

“We’re dealing with often very ill people and the public doesn’t necessarily have an appreciation for that. Our reality is certainly not the public’s reality.”

Despite the challenges, Lewis, Hamilton and Schitka each noted what keeps them motivated during this time is their fellow staff members and the community support they’ve received.

“I’ve really come to recognize in a stronger way the dedication that I see in the health professionals that come to work every day to want to do their best in this situation and to be able to provide the best care they can in this ever-changing environment,” Schitka noted.

For Lewis, the support of the community is what has kept her so long at Groves hospital.

“We want to be there for our community,” Lewis said. “We want to make sure that at the end of the day that everybody is informed and in the same token, trying to make it as light as we can.”

Hamilton added, “There is a light at the end of the tunnel. We  all just need to work hard to get there.”