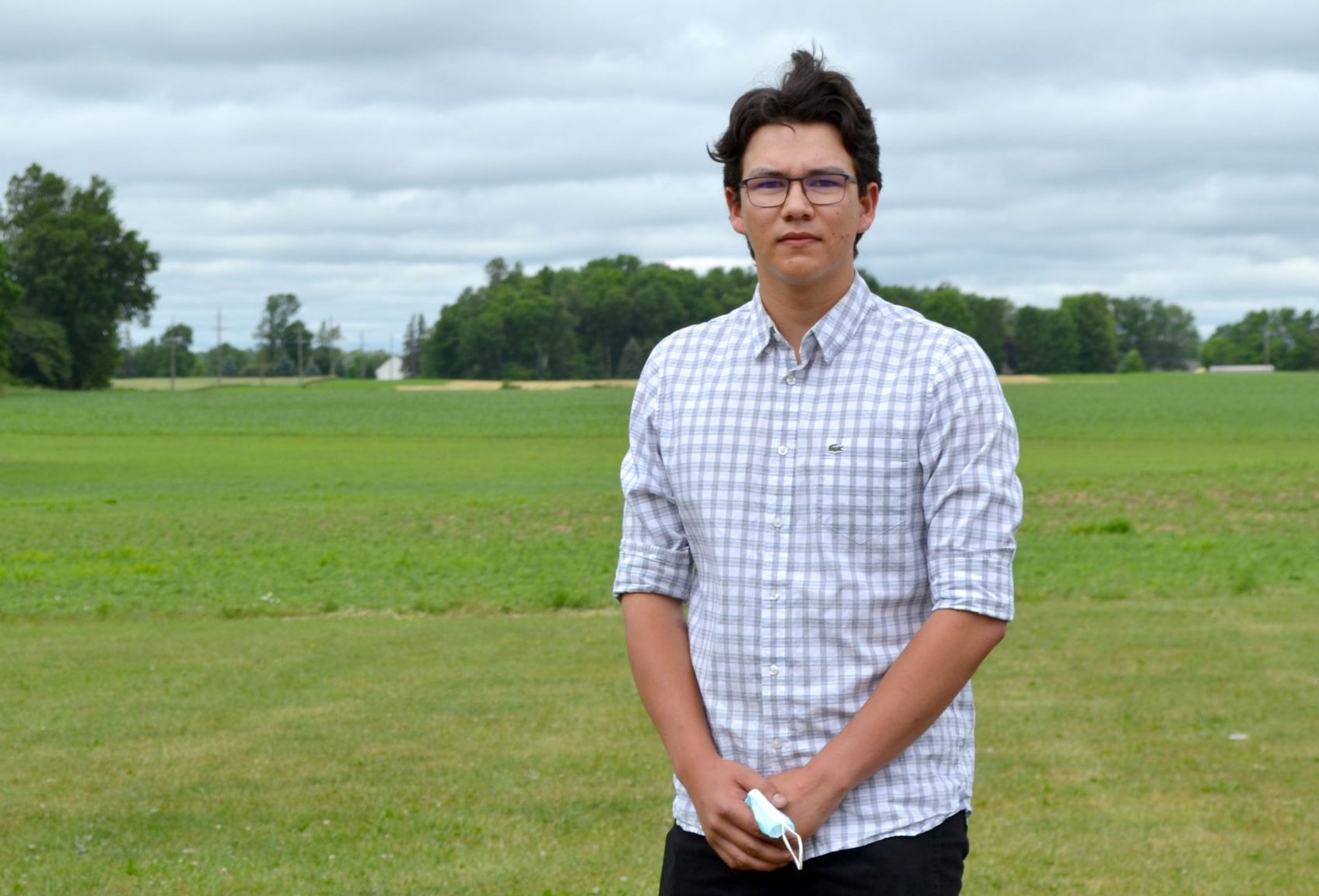 Daniel Weppler of Harriston was recently named one of only 100 students from across Canada to be awarded a Schulich Leader Scholarship. The program gives students $80,000 to $100,000 to use toward their post-secondary education. Photo by Curtis Gordon

Now in its 10th year, the prestigious scholarship is awarded to 100 students across Canada each year by partner universities. Each recipient is awarded funds to pursue an undergraduate degree in the STEM (science, technology, engineering, math) field.

The Schulich Leader Scholarship program gives students $80,000 to $100,000 to use toward their post-secondary education.

Weppler said he discovered he had been awarded the scholarship on June 1, the final day to accept university offers. He is one of two Wellington County resident to receive the scholarship this year.

“It was definitely a big surprise,” Weppler said.

“There were obviously a lot of great candidates for the Schulich Scholarship, and I’m very proud to be able to be a part of it.”

Weppler will be attending Western University’s engineering program this fall. He said he already had an idea of what the school was like, as his older sister had previously attended Western to study medical science.

“Western is a great school for engineering,” Weppler said.

“It’s a great campus and being able to go there on the Schulich Leader Scholarship definitely sealed the deal.”

Weppler said his interest in engineering and the world of STEM began at a young age.

His father runs a farm machinery business, and Weppler said growing up around the machinery influenced his educational and future career paths.

“Growing up in a community around agriculture, mechanical things really got me interested,” he said.

“Especially working for my father, being able to fix tractors and take stuff apart and put it back together definitely inspired me to want to make a career out of something similar, and then inspired me to go after engineering.”

Weppler also said his experiences while attending Minto-Clifford Public School helped to inspire him as a student and see his potential in STEM programs.

“There are many teachers that helped me get into engineering and STEM programs. My Grade 7 teacher, Mr. Novikow, pushed me a lot as a student. He actually was a coach for me when I went to Skills Ontario for Lego robotics. We won for all of Ontario there.”

Weppler said this experience of winning the provincial competition made him aware of his capabilities.

“That was another time when I kind of applied my knowledge in STEM with his help,” he said.

Throughout his time at NDSS, Weppler said several other teachers helped him become successful as a student.

“My Grade 9 and 10 math teacher, Mr. Aquino, is a big inspiration to me, specifically regarding me chasing after STEM. He also taught me Grade 11 and 12 computer science.”

“I took machine shop in Grade 10 and 11. Being able to see that side of engineering inspired me to want to continue making a career in that direction,” he said.

As for his future career plans, Weppler said he would like to get back into the industrial agriculture industry as an engineer.

“Coming from a community that’s very influenced by agriculture, it’s kind of my interest and my niche,” Weppler said.

“I think a lot of times it gets overlooked with new technology coming into play.”