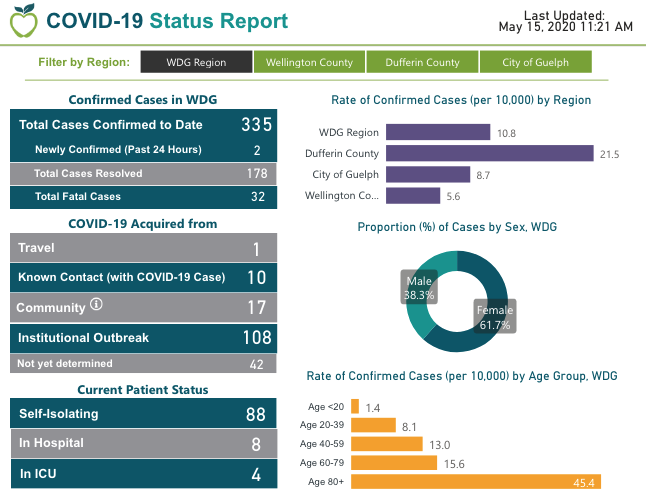 The May 15 update on the Wellington-Dufferin-Guelph Public Health (WDGPH) indicates there are 55 cases in the county, including 35 resolved cases and two deaths.

That means there have been only nine new cases reported in the county over the last two weeks (since May 1), and just four since May 6.

Resolved cases are up from 21 to 35 over the last two weeks, and there has not been a COVID-19-related death reported in the county since April 19.

May 15 virus numbers for elsewhere in the WDGPH region include:

The latest case data from Wellington County is shown below.

The latest institutional outbreak update from WDGPH shows just one outbreak in the region: at Shelburne Residence, which has 84 cases (55 residents and 29 staff) and 19 deaths.

The May 14 update declares an outbreak over at Norfolk Manor in Guelph, which had 29 cases (22 resident cases, seven staff cases) and seven deaths. 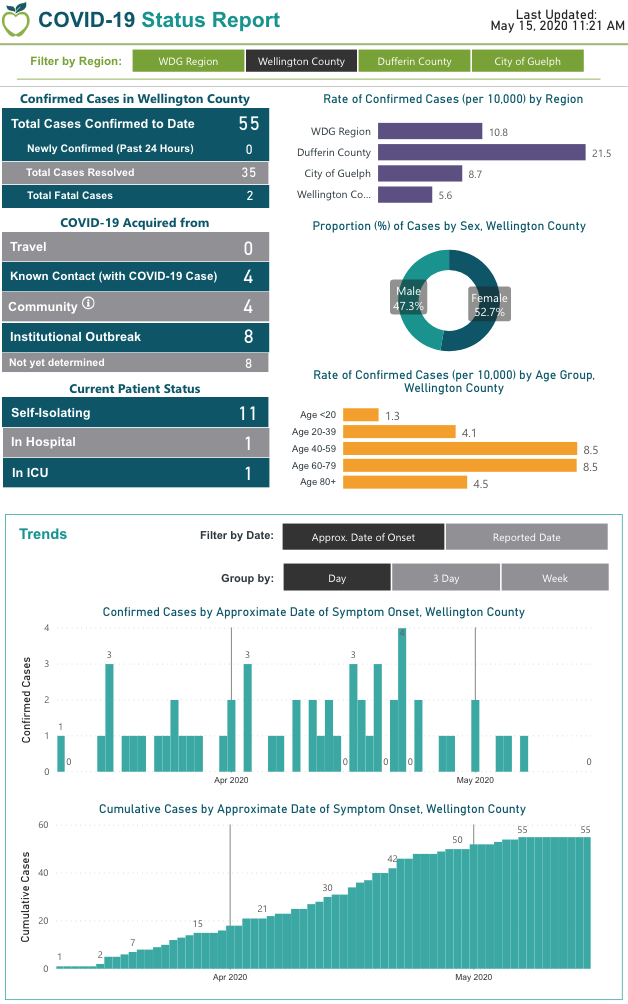