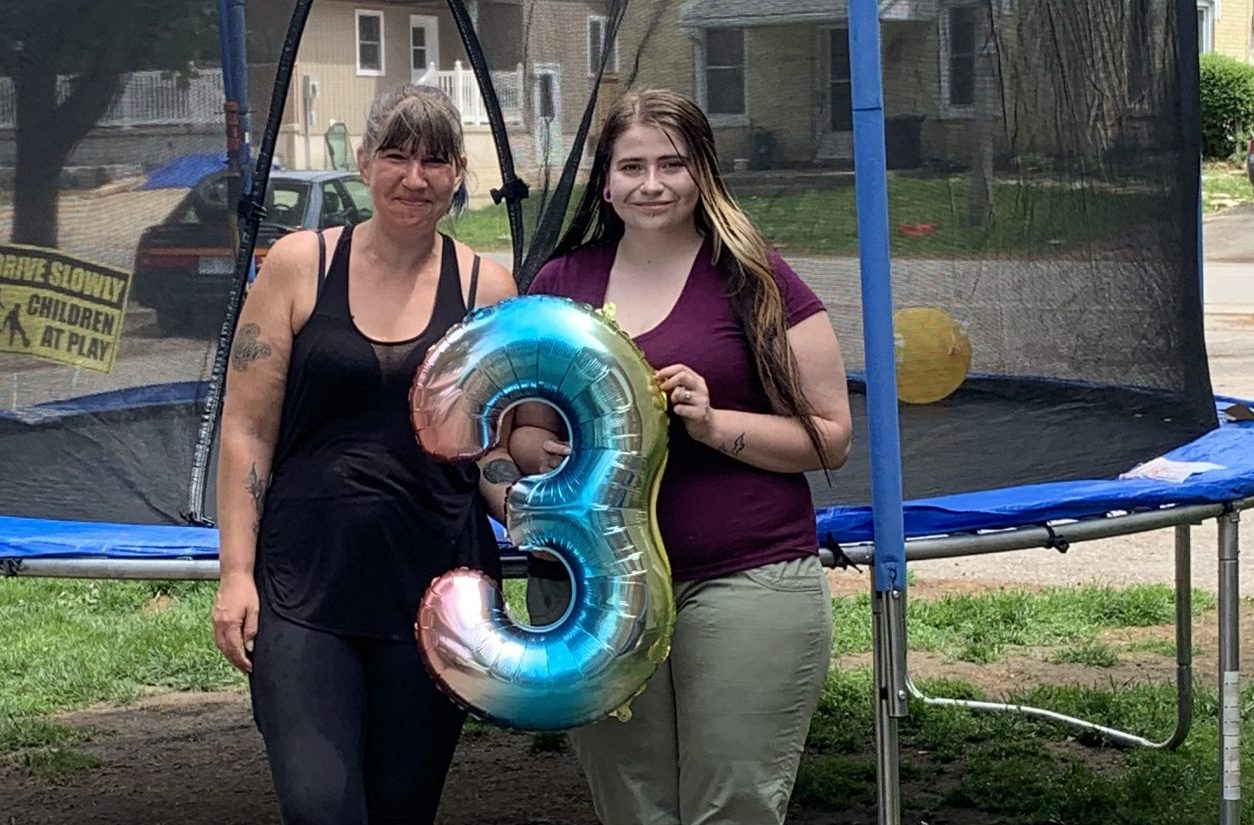 Jennifer Bisschop Redcliffe, left, helped raise $2,455 for Lindsay Whiteman, right, and her family after their apartment on John Street in Mount Forest was destroyed by a fire in May. A small outdoor birthday party was organized on June 5 for the family’s three-year-old son, Forest, with donations coming in from local businesses. Photo by Curtis Gordon

MOUNT FOREST – A fire last month at an apartment building on John Street in Mount Forest destroyed the apartment of Lindsay Whiteman, Frank Warris and their three-year-old son, Forest.

The family lost everything in the fire.

Jennifer Bisschop Redcliffe, who lives in the building adjacent to the fire-damaged apartment, started a GoFundMe page to raise money for the family.

“We’re not at our goal yet, and I’m still hoping for more.”

Bisschop Redcliffe said the family was shaken and very anxious in the days after the fire destroyed their home, but is now in better spirits after the community has come to its aid.

She has also been collecting non-financial donations and has already collected a number of household items and clothing to help the family during what’s been a difficult transition period.

“We’ve had a lot of support through the community, which I’m really impressed with,” she said.

“It’s the kitchen stuff that I’m trying to replace for them right now. Small appliances, obscure things like cutlery. We did get a donation of dishes today, so that’s awesome,” she said.

Bisschop Redcliffe added she is hoping to collect more grocery cards for the family, so they won’t have to worry about spending the money raised through the GoFundMe page on food.

“We want them to be able to spend that money on the stuff that they need for the new place,” she said.

Whiteman said the outpouring of support from the community has been very helpful.

“Without them I don’t think we’d be anywhere else but down, and with the help of the community we’ve been able to get a lot of things that we need,” she said.

“With all the donations, we’ve been able to get started again, for when we actually can have a new place. I hope to return to a nice, loving complex.” 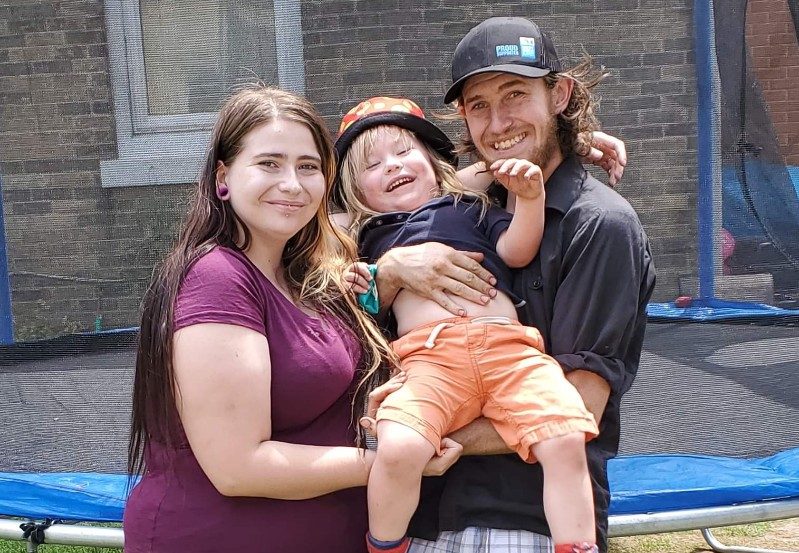 Bisschop Redcliffe also helped to organize a small outdoor birthday party on June 5 for Forest. A trampoline was donated for Forest to enjoy on his birthday.

“I know that the party was an important thing. We had the bouncy house donated so there would be something fun for him,” said Bisschop Redcliffe.

“His last real memory of the apartment is bad, and I wanted something fun today”

The trampoline was donated by Braydan Mechanical.

“They took down their own trampoline from their home and came and put it up here so that the kids could have something to enjoy and play on,” said Bisschop Redcliffe.

She added other local businesses also stepped up to help organize Forest’s birthday party and donated to the family.

“I want to personally thank Dominoes, who went out of their way to donate pizzas for Forest’s birthday party. M and M Meats donated food for the party as well,” she said.

“Peavey Mart also donated a pair of work boots for Frank, as his were destroyed in the fire.”

Bisschop Redcliffe said the party was a chance for everyone to “sit down and breathe” and celebrate their small community and not think about the fire anymore.

“We’re back to being able to breathe and celebrate and see the good things in life rather than just the fire,” she stated.

Anyone wishing to donate still can contact Bisschop Redcliffe at 416-908-2610 or visit the GoFundMe page.