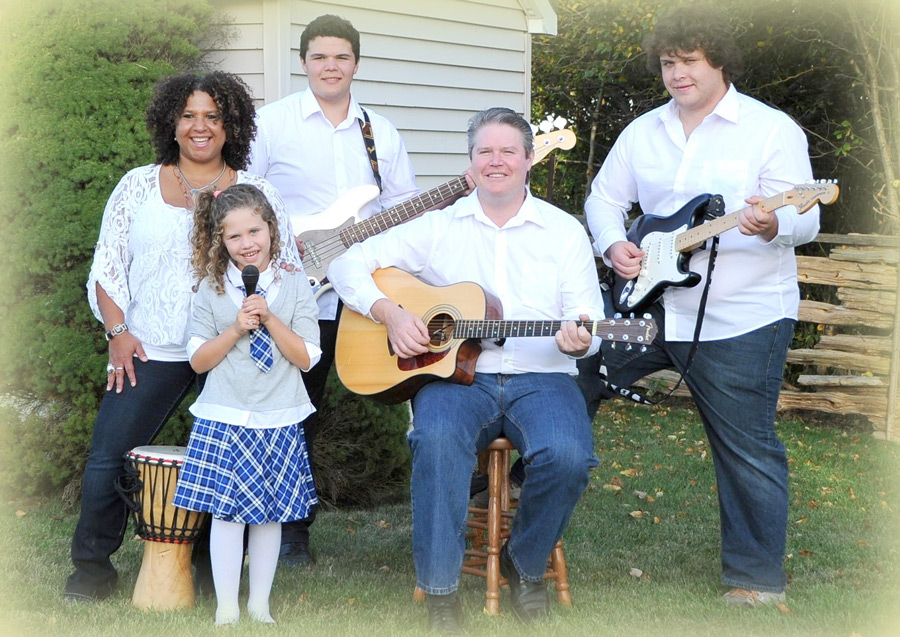 DRAYTON – The Moore Family of Drayton is holding home jam sessions/concerts to help raise some funds for local food banks during the COVID-19 pandemic.

The goal is to “help out some of our more vulnerable citizens during this global health crisis,” said Maggie Moore, who performs in the band along with her husband Derek and their children Taylor, Drew and Bria.

“Your donation of any amount will be greatly appreciated,” the family states.

Fans can watch through the Moore Family’s Community Pantry Fund page on Facebook as the family jams in its home studio.

The band performs “whenever we feel like playing,” as well as requests from viewers.

The jams also include a five-song “tribute” to a popular artist.

“The first weekend’s tribute was for Kenny Rogers and last week we did a set of songs dedicated to farmers. Then Moore Brothers (Taylor and Drew Moore) did a couple of Bill Withers songs for him.  This week was a collection of Elton John songs,” Maggie explained.

The Moores have also done two live events in the praise and worship category and on Good Friday performed an entire cantata entitled The Gift with songs written by Derek.

The sessions have proven popular, with approximately 6,000 views on the first two videos alone.

“Our dog, Fred, makes an appearance on each live stream and is gaining a fan base of his own,” Maggie noted. 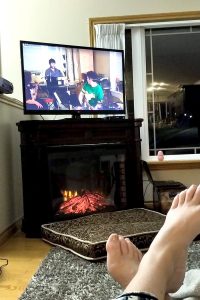 RIGHT: A screen view of a recent session. For more information or to check out the jam sessions or donate, go to the Moore Family’s Community Pantry Fund page on Facebook.

If they feel inspired to do so, people are invited to donate through the online Facebook fundraiser the family created, though Maggie notes a handful of folks have chosen to send her an etransfer directly.

Links to the video jams are listed at the bottom of the fundraiser page, or Maggie’s personal Facebook page. The total amount raised is now over $2,800.

Originally set up for a three-week run to end April 13, the fundraiser has been extended until at least the end of April.

In the interest of providing transparency, Maggie notes the band is paying one of her sons $100 per evening (two thus far that he has participated in), as he is the only family member who makes his entire living as a musician.

“With pubs, cafes, restaurants and bars closed and no gatherings permitted, his entire income has dried up,” stated Maggie.

She explained that for the family, “this is a quadruple win or ‘kill-four-birds-with-one-stone’ scenario.

“We are hopefully connecting and bringing together folks who are feeling lonely in isolation, raising much needed funds for an important local cause, giving a musician a small portion of his livelihood, and we are doing something we enjoy as a family.”