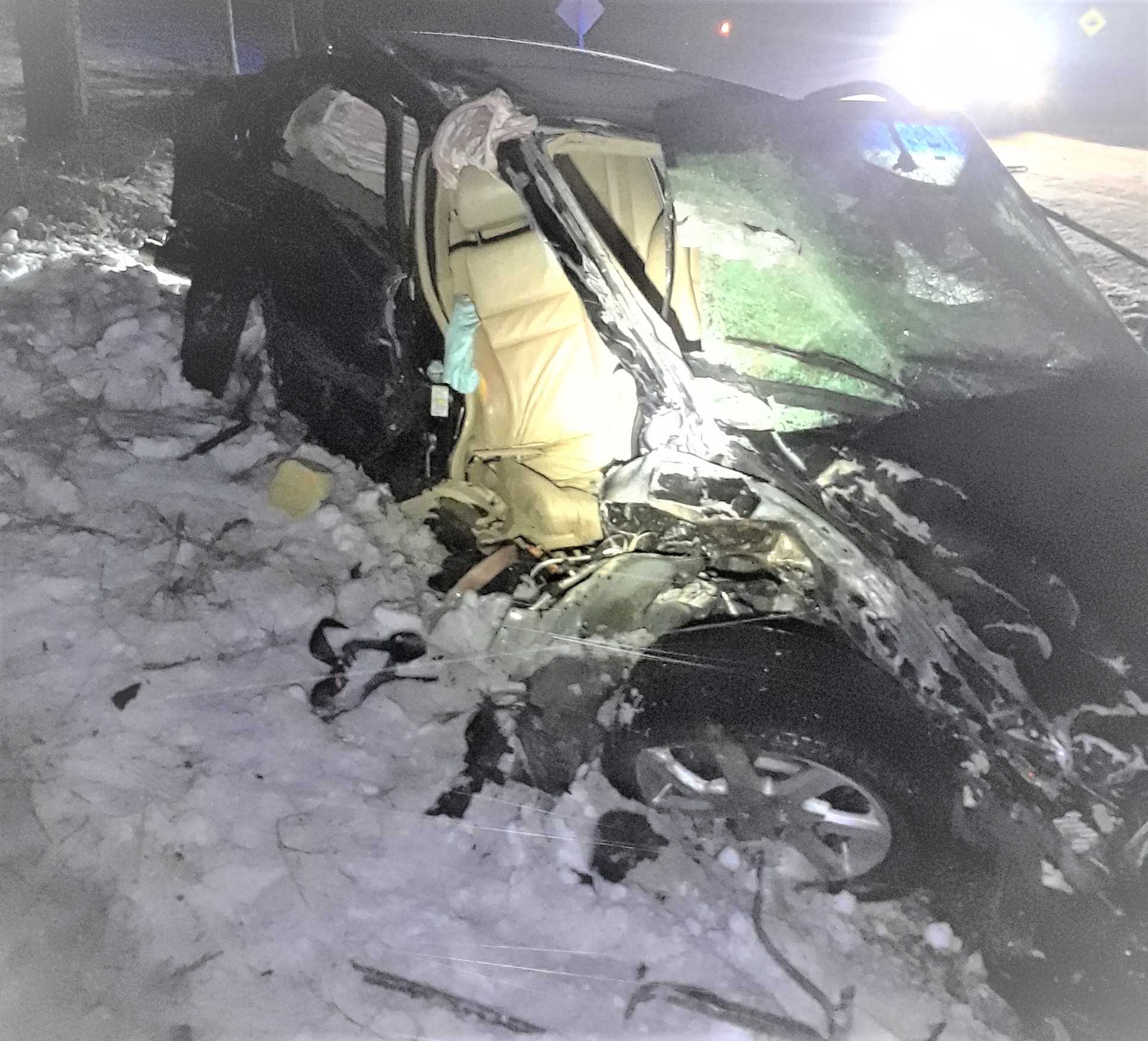 A Mono man has been charged with impaired driving causing bodily harm after a serious crash on Wellington Road 24 sent three people to hospital on Jan. 26. The road was closed for about six hours. OPP photo

ERIN – A Mono man has been charged with impaired driving causing bodily harm after a serious crash that sent three people to hospital.

On Jan. 26 at about 5am emergency crews responded to a head-on collision between two sedans on Wellington Road 24, southeast of Hillsburgh.

Police say a local man was transported to a nearby hospital while his passenger, a local female, was transferred to a trauma centre.

The lone occupant of the second sedan was transported to a local hospital with minor injuries.

“All injuries are considered non-life-threatening,” police stated in a press release.

Benjamin Mitchell MacDonald, 20, of Mono Township, was charged with two counts of impaired driving causing bodily harm, possession of cocaine and being a novice driver with a blood-alcohol level above zero.