WELLINGTON COUNTY – Dr. Nicola Mercer, CEO and medical officer of health for Wellington-Dufferin-Guelph Public Health, is the first to receive the Women of Influence in Local Government award this year from Municipal World, a magazine that caters to stories and achievements of municipal government.

“It is incredibly fitting that our first honouree for this year’s Women of Influence in Local Government award goes to Dr. Nicola Mercer,” said Municipal World CEO Susan Gardner.

“Dr. Mercer was the first authority in Canada to mandate wearing masks – a brave decision that paved the way for many to follow. This is what courage and leadership looks like.”

When Mercer issued her June 2020 order on mandatory mask wearing, her decision generated a lot of negative commentary.

As noted in her nomination, in the weeks and months that followed Mercer’s order, other medical officers of health did the same.

Today, as the pandemic continues, wearing a mask is a safety practice that is mandated in practically every public space across the country.

Mercer herself didn’t think she was leading the way on the issue of public mask use, however. 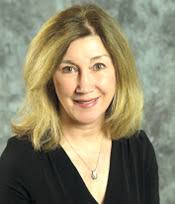 “I truthfully thought that everybody was going to do it at the same time,” she said.

“I just assumed when I went forward with my order that others would be very close behind. It took a little longer than what I had thought for the next person to issue an order.”

Mercer acknowledges there was a lot of negativity directed toward her in those early days of the pandemic.

But instead she chose to focus only on the positive comments.

That positive focus is something she has relied on throughout her medical career.

Mercer is confident women training in the medical profession today would have very different training experiences than she had.

And she hopes those judging her decisions during the pandemic never took her gender into account.

“I think people still have different expectations for female leadership than male leadership. I think, thankfully, that is changing,” she said.

“I’m always looking for those individuals – male or female – that show promise of leadership. I think that’s the best part of being a leader. “

She added, “I really like the idea that I can look around my workforce and try to encourage the next generation of leaders.”

Wellington County Warden Kelly Linton offered his congratulations and admiration in a statement.

“I know that I speak for the entire County of Wellington, when I say how lucky we are to have you as our medical officer of health during this pandemic,” he said.

“Your leadership has been outstanding throughout this very challenging time, and we are so grateful for all you have done and continue to do.”

He added, “On behalf of Wellington County, heartfelt thanks and congratulations.”