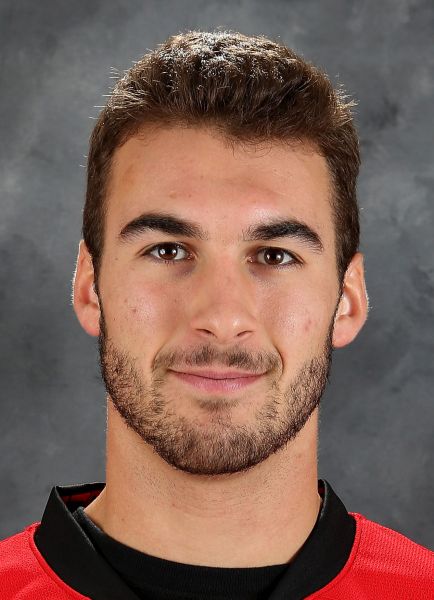 MAPLETON – Whenever the 2020-21 hockey season gets rolling for the American Hockey League’s (AHL) Manitoba Moose, Mapleton’s Brent Pederson will be a part of the action.

The Moose announced on June 23 that the team has signed the forward, who played his early minor hockey in Drayton, to a one-year contract for the upcoming campaign.

Pedersen, 24, posted nine points (three goals and six assists) in 36 games with the Winnipeg-based Moose during the 2019-20 campaign.

“It’s really exciting. I really enjoyed my time there over the past two seasons,” Pederson told Moose TV in an interview posted to Twitter on June 30.

“It’s nice to know where you’re going to be next season for sure.”

On May 11 the AHL board of governors voted to cancel the remainder of the 2019-20 AHL regular season and the 2020 Calder Cup playoffs due to the COVID-19 public health crisis.

The league has created a “Return to Play” task force charged with providing strategic leadership to the league in developing or identifying opportunities for a return-to-play process.

It is anticipated the return of the AHL will likely sync up with the National Hockey League’s calendar, given teams are reliant on players assigned by the NHL.

Pederson played four years of Major Junior A hockey, mostly with the Ontario Hockey League’s Kitchener Rangers (aside from 36 games in 2014-15 with the Oshawa Generals).

He was taken in the fifth round of the NHL draft by the Carolina Hurricanes.

Pederson said his summer training program hasn’t changed much despite the many questions hanging over the coming season.

He is continuing to train in a gym set up at the Arthur-area home of his parents, Mike and Catherine Pederson, and also works out with a trainer in Kitchener.

“I think that’s what you’re always looking for.”