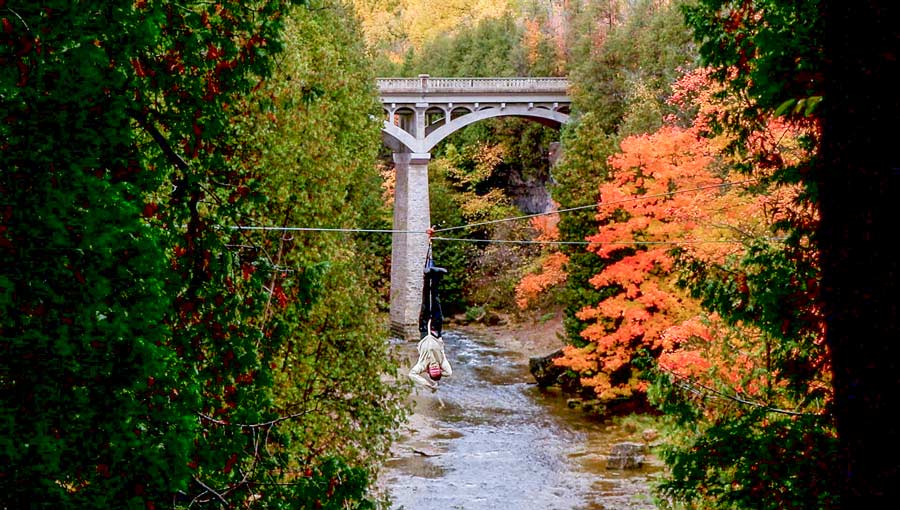 Don’t try this at home - Hammell is still in the straightjacket, and what a view he has. Submitted photos

ELORA – On Oct. 15, Guinness world record-holding escape artist Scott Hammell was suspended upside-down over the Elora Gorge bound in straightjacket and over 50 feet of chains.

The stunt was secretly filmed for an upcoming Halloween magic show livestream event airing Oct. 31 at 9:31pm on magicfestival.ca

“It’s a fitting time of year to film this stunt and tribute to Houdini,” said Hammell. “He died on Halloween.”

This stunt is among a long list for Hammell that includes World’s Highest Suspension Straightjacket Escape suspended 7,200 feet in the air and World’s Fastest Moving Card Trick performed while skydiving.

“Houdini’s message was ‘regardless of constraint and challenges, it’s our human will and determination that’s unstoppable,’” said Hammell.

“It’s a fitting message for today.”

The livestream includes an all-star Canadian line-up of magicians filmed entirely in the Township of Centre Wellington, which is well-known in October for Monster Month, the Elora Gorge and its stunning autumn scenery. 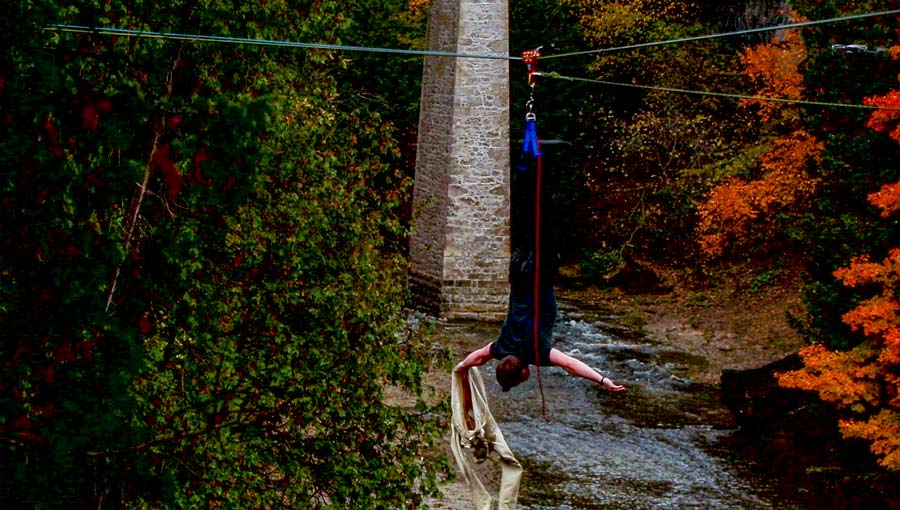 Escape artist Scott Hammell manages to get out of a straightjacket while suspended over the Elora Gorge. The stunt is part of a 30-minute magic show to be aired on Halloween.

“We aligned Scott perfectly down the centre of the Elora Gorge where the height reaches 80ft and spans 200ft wide,” said Frederick Schuett, fellow stunt man and owner of One Axe Pursuits that operates the zipline over the gorge.

“Our biggest challenge was weather, and that was entirely out of our control.”

The escape stunt at the Elora Gorge was filmed for a 30-minute Halloween-themed magic show produced by the Ontario Week of Wonder OWOW Magic Festival and will be broadcast free on the festival’s website.

“There are very real dangers performing a stunt like this,” said Hammell.

“But it’s one of the best views I’ve seen, upside-down.”