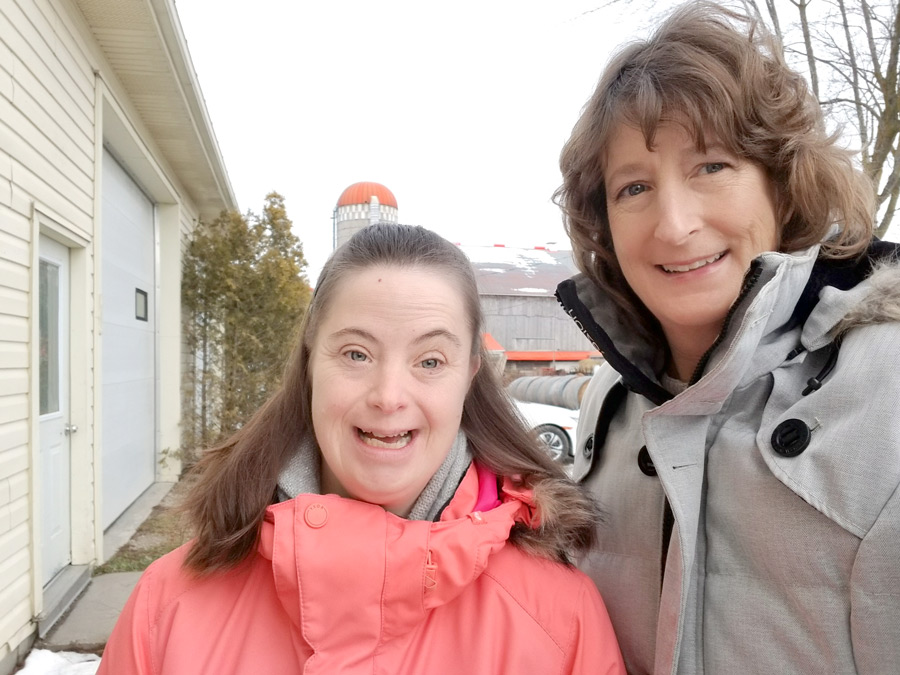 Rebecca Devries, left, is missing her friends now that day programs are no longer offered at the Community Living Centre in Harriston. Rebecca’s mother, Linda Devries, is part of a group of families working for restoration of the programs. Submitted photo

MINTO – The closure of day programs at Community Living Guelph Wellington (CLGW) facilities across the region has had some pretty direct impacts for Palmerston area resident Rebecca Devries.

“I’ve got lots of friends there … I miss my friends,” said Rebecca, a 35-year old CLGW client who attended day programs at the agency’s Harriston facility.

“We play games, have lunch and social club – and cooking … that’s my favorite thing to do,” she told the Advertiser in a Dec. 11 telephone interview.

“They shut the whole thing down and that’s not fun. I really like day program. I want to go.”

CLGW is closing its centres in Harriston, Mount Forest, Fergus, Erin and two centres in Guelph as it transitions to what officials call a “person-centred” approach to supporting people with developmental disabilities.

However the loss of the regular day programs has meant “an enormous change” for participants and their families says Linda Devries, Rebecca’s mother.

“For many families and participants, our lives have been really drastically changed and really devastated,” said Linda.

Rebecca had attended the day programs for about 15 years before they were halted.

“She loves going there. She’s very social,” said Linda, adding that Rebecca has been “sad and lonely” ever since.

“Going to day program, it was equivalent to her job. She liked chatting with everybody, she liked helping those that needed some small thing done for them,” Linda explained.

“They were accepted by each other. They felt at home and it was their place to be.”

Linda noted CLGW clients like Rebecca didn’t spend all their support time at the centre, “They were out in the community a lot.”

She pointed out Rebecca was able to take swimming lessons at the local pool with the assistance of CLGW staff.

“They would organize that and give her support to get there,” she said.

Still, the day programs “gave the family a lot of respite time,” which allowed them to carry on with things most people take for granted, like jobs.

“I haven’t been able to work as many shifts as I would like to,” said Linda, an RN at a local long-term care facility.

“My husband (George Devries) still farms part time, so he can’t be always be her only supporter while I’m at work.”

Since September, Rebecca has only received a little over an hour a week of support time from CLGW, said Linda, noting the support level was recently increased to two weekly sessions of slightly over an hour each.

While CLGW announced  in November that it would be temporarily restoring the day programs, Linda said that hasn’t happened thus far.

‘They try and sound like they’re making changes, but the changes are so small that they’re minimal,” she explained.

“They say their buildings are open, but they’re not providing any extra support.”

Linda pointed out that when she recently asked for Rebecca to have a support session in the Community Living Centre in Harriston she was advised the building was booked until January.

A recent email from CLGW advised families the agency is aiming to temporarily reopen each community living centre between Jan. 15 and Feb. 1.

“The people we support will be able to explore opportunities and new experiences while inside the Community Living Centre in an effort to prepare them to make choices that will prepare them to participate in inclusive community-based supports,” the message continued.

Linda noted, “So they’re not saying that they’re going to give any further actual support – they’ve already said that the buildings will be open, but that would mean … she would have her worker for the one and a half hours to take her individually into the building.”

She added the agency’s proposals are “definitely still a far cry” from the previous level of service.

Linda notes the day program phase-out has been ongoing for some time now.

“It seems that this has been their mandate all along and it seems to me that some professionals somewhere feel that this is the best for us and they’re going to do it whether we like it or not,” she added.

However, Linda says the day programs as they were previously offered are what clients like her daughter need. 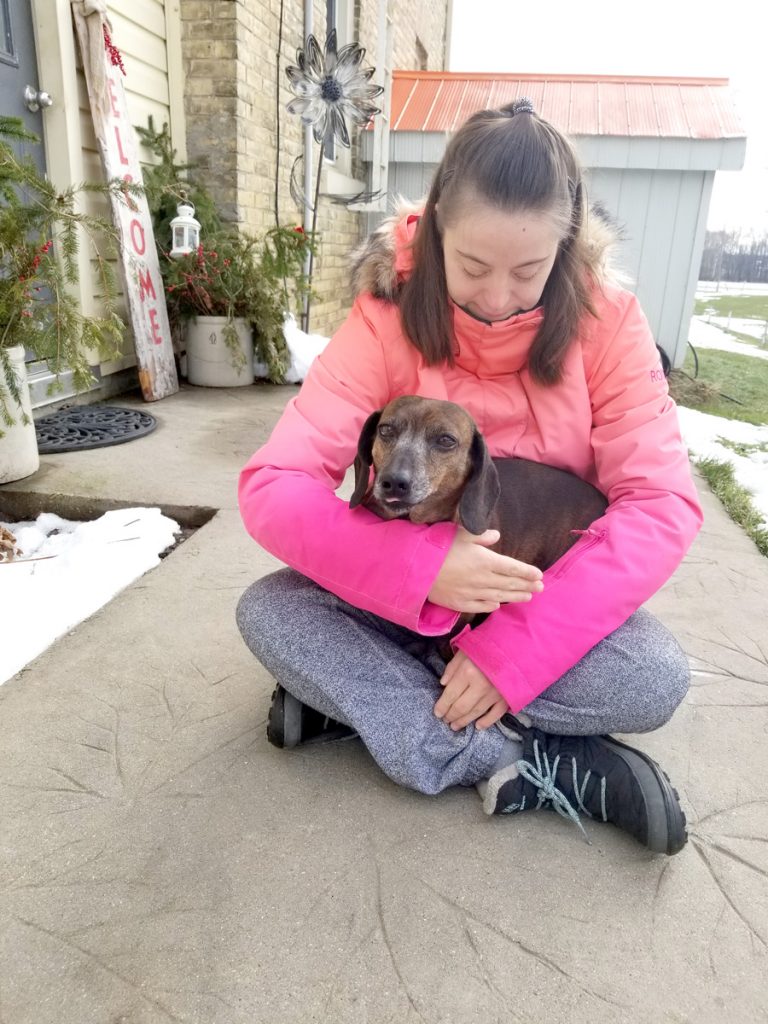 “They like meeting. They like to be with their peers. They do like to be in the community, but they like having their own base, their home base where they want to be, where they feel comfortable.”

A online petition at change.org by the group Families Need Support has received almost 2,800 signatures. The petition calls for the day programs at CLGW facilities to continue.

Linda said she has personally applied to join the CLGW board of directors.

“I think they need more grassroots people,” she stated.

Local families have also requested a special meeting with the board of directors, said Linda.

“As you can imagine, we’ve received a large number of questions in the last while. In an effort to have all of the information in the same place, for as many people as possible, we’ve launched a questions and answers page on our website,” states the email from Annie Knight of  CLGW.

The question section can be found at https://clgw.ca/questions-and-answers.

“At this time, we’re not ready to speak further,” Knight continued in her email.

“Our organization is in negotiations with our union with regards to our next collective bargaining agreement.

An update on the CLGW website from Hanley, who is set to retire on Dec. 18, states, “Closing the congregate and segregated Day Services occurring at the Community Living Centres was, and is still a part of our plan. However, we are altering the timing of the closures.

“The Community Living Centres in Guelph and Wellington County will be utilized temporarily to provide congregate support. People we support will be able to explore opportunities and new experiences in an effort for them to make choices that will prepare them to participate in inclusive community-based supports.”

A post on the CLGW website explains that five years ago, the province mandated the closure of sheltered workshops – workplaces, often run by a disability services organization, where people with disabilities provided labour for cents per hour. The province’s decision was driven by a petition from families across Ontario.

“Pre-dating the closure of the sheltered workshop, we began working with the people we support and their families to transition Day Services towards a community-based approach,” CLGW officials state in the post.

“I’m pretty stuck at home. I miss my friends,” she said.

“They shut the program down …I don’t know why. It was silly – ridiculous.”