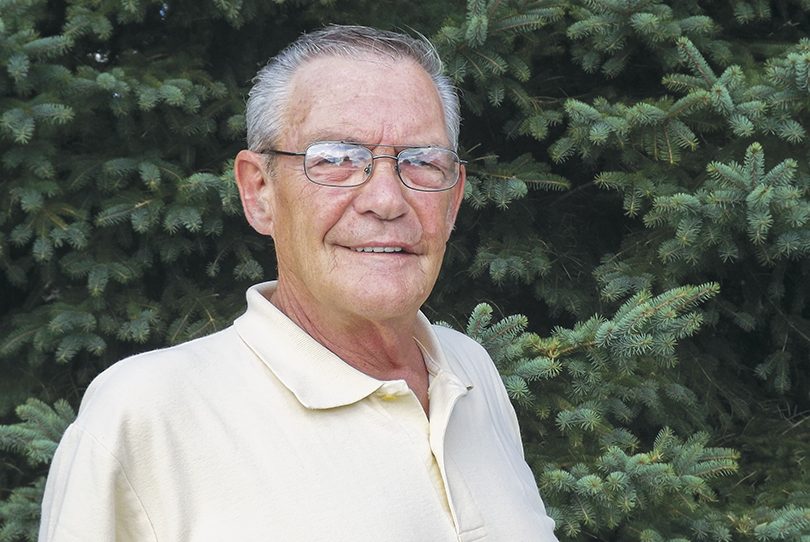 Township of Mapleton Councillor Dennis Craven announced at the Aug. 11 meeting that he won’t be standing for election for the first time in nearly four decades. Advertiser file photo

MAPLETON – When the next Township of Mapleton council convenes following the Oct. 22 municipal election one longtime council member won’t be at the table.

Councillor Dennis Craven announced at the Aug. 11 meeting that he won’t be standing for election for the first time in nearly four decades.

“Thirty-eight years ago this year I ran in my first municipal election – didn’t get elected. I ran in an election every year since and, for the first time since then, I will not be participating in the election this year,” Craven told his fellow councillors at the meeting.

“I’ve enjoyed my years on council. And my advice to the next council coming in is that we treat our staff well because we have an excellent staff.

“I think as far as I’m concerned, the best staff we’ve ever had since I sat on the council,” said Craven.

“I just want to wish the next council the best.”

“Thank you, councillor Craven, and we certainly appreciate all the time you put in for those 30-plus years,” said Mayor Gregg Davidson.

Craven told the Community News he is stepping aside to spend more time with his family.

“I was visiting with a friend the other day and they asked me how old I was. I said, I’ll be 76 in a few days. So my friend said ‘That will make you 80 when this council term is finished,’” he said.

“I knew that and I had thought about that. But when that friend told me that, I did think a little bit more.

“Who needs me more the next four years: Mapleton Township or my family? And my family would include, for sure my daughter and her three kids.”

Craven, a Moorefield resident, began his career in local politics as a councillor for the former Township of Maryborough.

He also served a term as deputy reeve of Maryborough before it was amalgamated with Peel Township and the village of Drayton to become Mapleton.

Craven couldn’t say off the top of his head exactly how many terms he served or elections he ran in, pointing out terms of office were two years when he started and later expanded to three and finally four years.

“I ran every year [when there was an election], but there were times I didn’t get in,” he noted.

Craven said he originally entered politics with the idea of giving back to his community.

“Our family was just young then and I thought, ‘We’ve done pretty good here, the family is getting raised and maybe it’s time I gave something back and helped contribute to how the place operates.’”

Overseeing the township’s growth and development has been among the satisfying elements of the job, Craven told the Community News.

He also noted providing water and sewer services for the village of Moorefield and the recent construction of a water tower in Drayton are among the major projects that have occurred during his time on council.

The deadline to file nomination papers to run for a seat on local councils or school boards is Aug. 19.