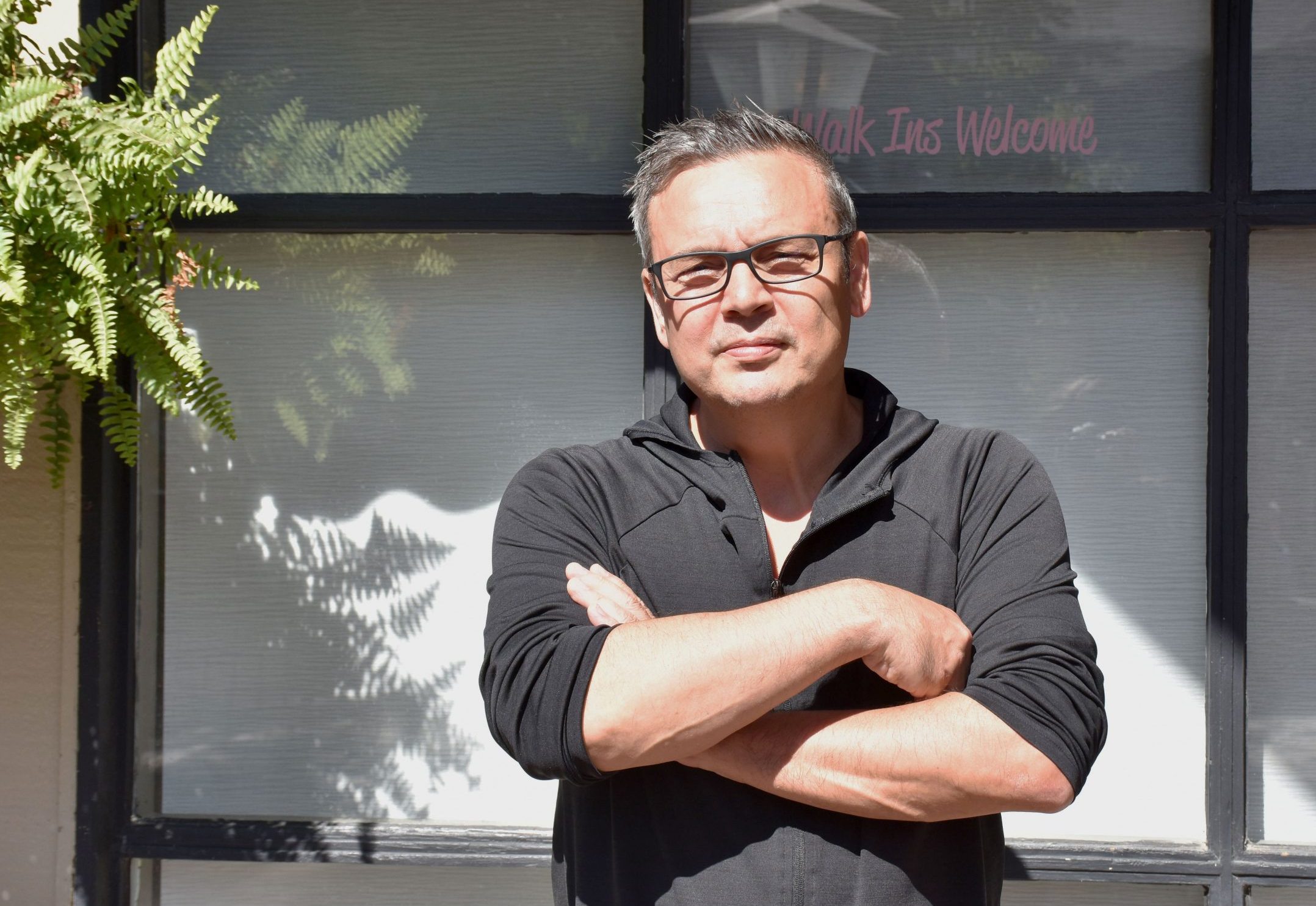 “You always wonder when you’re sort of on this roller coaster that is the writing and publishing industry how long it’s going to last,” Youers told the Advertiser.

“I’ve been given another go around. I’m very grateful for that.”

“I didn’t really know what she meant at the time, but now I do,” he said.

“The pressure doesn’t stop once you get a book published, the pressure increases.

“But it keeps you working hard and digging deeper and reaching for the very best in yourself.”

Keeping in line with his previous work, The Bang Bang Sisters, the first in the two-book deal with HarperCollins, will be another high-energy, face-paced action thriller, Youers said.

The novel, still in its early stages, follows three females – a rock band by day and vigilantes by night – who are on the trail of a dangerous serial killer.

It’s while they’re hunting them down that they run afoul a redneck mobster who’s got his own score to settle with them, and it’s not long before things begin to turn bad for the trio.

“I pitched it to my agent as Charlie’s Angels by way of Quentin Tarantino,” Youers explained.

“That was what I was going for, and it’s shaping up that way. It’s definitely pacey, a lot of action.”

Youers said he’s about a third of the way into the novel and he’s invested now in the characters and excited to see what happens.

For readers that enjoyed Lola On Fire, Youers said his latest novel is “Lola times three.

“It’s like three little Lolas and she was a total badass,” he said.

“She was strong and confident and all these things you look for in the hero of an action novel.”

He added, “I’m hopeful this is going to be a really fun and exciting read and I can’t wait to get it out in the world.”

Being able to work with HarperCollins is “everything you dream of” for the local author.

“For me to be there is the culmination of a lot of hard work, many dreams and a lot of words written – millions and millions,” Youers said.

To go from amassing rejections and working his way through the small-press trenches, to finding himself with one of the top publishing companies is tough to put into words, he said.

“I just kept stepping up the ladder gradually with each book series,” Youers explained.

“And for me, the pinnacle, the publisher I always wanted was HarperCollins.”

Youers said his goal was always to get a hardcover book with the New York-based based publishing company, which he achieved with Lola On Fire.

“So for me there were no sort of further steps up the ladder,” he said.

“But for them to still include me in their family and to still be published by them and take on another two books, it just cements it all and it makes it feel more real and more solid.

“And I feel like I’ve truly earned that, so it’s definitely a good feeling.”

A ‘passenger’ in his stories

When it comes to his writing, Youers said, for him, the story often steers itself.

“The story dictates what’s going to happen,” he said. “I’m a passenger at this point.

“I’m stoked myself to see what’s going to happen, because I don’t know yet,” he added.

“I’m just going to follow the story and see where it takes me.”

Youers noted he’s always approached his writing that way – working outside the confines of the pages.

“When I map everything out, when you set down that rigid blueprint … it’s more like writing in a cage, because you feel now you have to stick to this certain pathway that you set out for yourself,” he explained.

“Whereas when you write by the seat of your pants, which is what I prefer to do, it feels like you’ve got more freedom, and then the characters in the story can take you where they want to go.”

With The Bang Bang Sisters, Youers said there’s several moving parts to the novel, with lots of twists and turns, allowing the story to breathe.

“I just had this image of this all-female rock band – three sisters playing in this band – I thought ‘there’s a story there,’” he explained.

“It was me working a concept more than anything,” he added.

“I didn’t force the story, but I knew these three sisters had a story to tell.”

Youers said there wasn’t a spark or definite trigger that kick-started it, but the idea had been brewing for a long time.

“I wanted to explore that. Once I had that concept, everything sort of spun out from there.”

Without diving into the political landscape too much, the subjects of Youers’ work often reflect the world in which we live.

“I don’t like to harp too much on the political soapbox, but we are seeing … a lot more liberal views, which is great, and a lot less tolerance for bigotry and hatred, racism, homophobia,” he said.

“The sisters, I think, reflect that. They are in many ways a liberally minded movement.”

Youers added, “I want to live in a better world, and it’s people like the Bang Bang Sisters, I think are going to make it a better world.”

The Bang Bang Sisters is a reflection of the current times, “but it’s also a little bit more tongue-in-cheek” than the messaging in some of his previous novels, he noted.

“This is definitely a wilder, more fun ride.

“It’s a roller coaster as opposed to sort of a traversal down a deep dark tunnel.”

Through his work, Youers is also challenging the male-dominated world of the thriller genre.

“For so long … certainly a vast majority of the thriller books I read through my teens and 20s, there was always these male-driven action characters,” Youers acknowledged.

“Novels like Lola On Fire and The Bang Bang Sisters, it’s my attempt to turn the tables a little bit,” he added. “And I hope I managed to do that.

“Like all my novels, really I just want [readers] to have fun,” he said.

“I want them to feel like they’ve been on a wild ride and to enjoy the characters and enjoy the experience.”