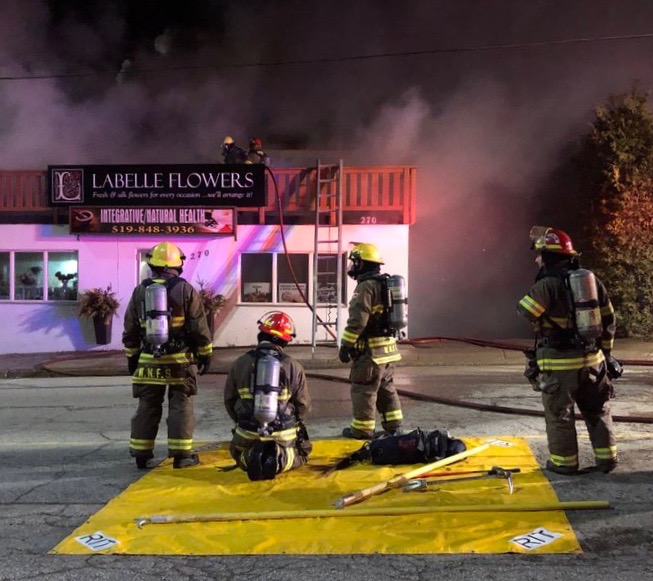 About 55 firefighters battled a large blaze at the Labelle Flowers building on George Street in downtown Arthur on March 24.
Photo by Patrick Raftis

ARTHUR – Firefighters tried to save the Labelle Flowers building on George Street in downtown Arthur on Tuesday night, but by the time they arrived it was already too late.

“It was just getting hotter and hotter … so I pulled everyone out,” Wellington North Fire Chief Dave Guilbault said the next morning.

“We went to a defensive attack to protect the exposures.”

Of immediate concern were adjacent buildings, particularly one house mere feet away from the large blaze.

About 55 firefighters from four departments – Drayton, Minto and Inter Township as well as a full complement from the Arthur and Mount Forest stations – helped battle the blaze, which was called in at about 8:53pm by the building owner.

The fire started in the rear of the building, said Guilbault, noting two families living in apartments above the commercial space were displaced by the fire.

The flower shop in the front of the building may be salvageable, but “the back half of the building is on the ground,” Guilbault said, estimating the damage at about $450,000.

He told the Advertiser firefighters “did an amazing job” battling the blaze, which was extremely difficult given it had been burning for “a while” by the time crews arrived.

A local business supplied some heavy machinery to help firefighters get at the fire, the chief explained, and an aerial truck from Minto doused the flames.

“They’re very lucky we didn’t have any injuries or loss of life,” said Guilbault.

Firefighters had the blaze knocked down by around 2:30am and most cleared the scene about an hour later, though some were on fire watch all night.

Guilbault said the fire is not considered suspicious and the investigation will be handled by the Wellington North department.

One of the families displaced by the blaze is staying with relatives in another part of the county, he added, but he’s not sure about the other. 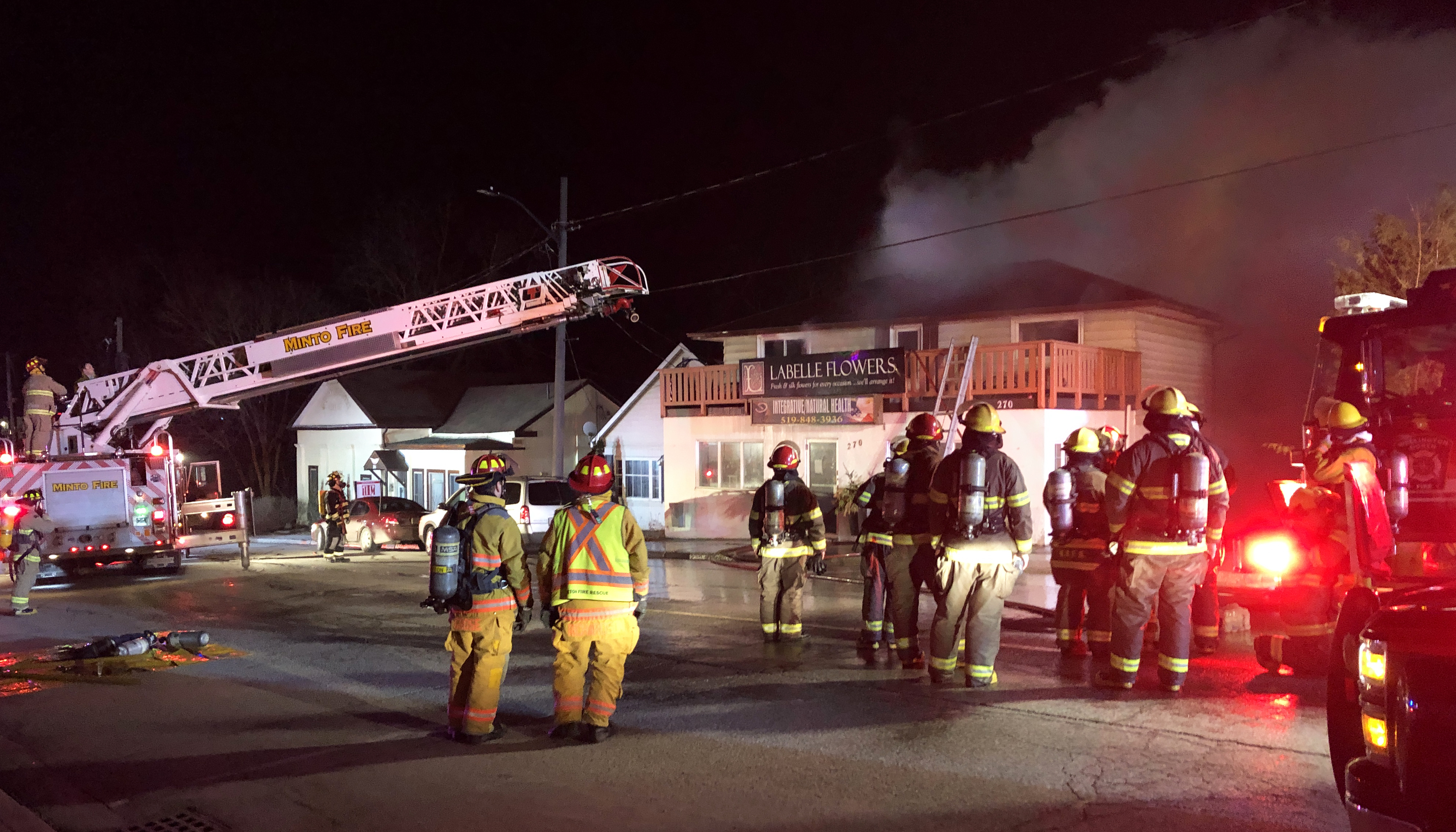 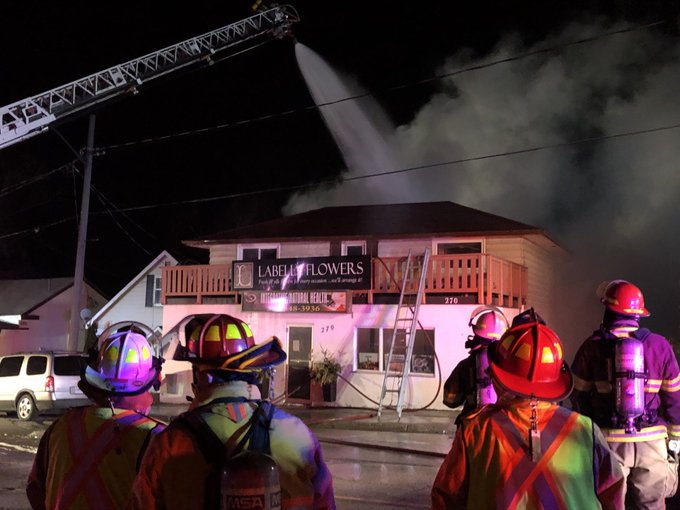