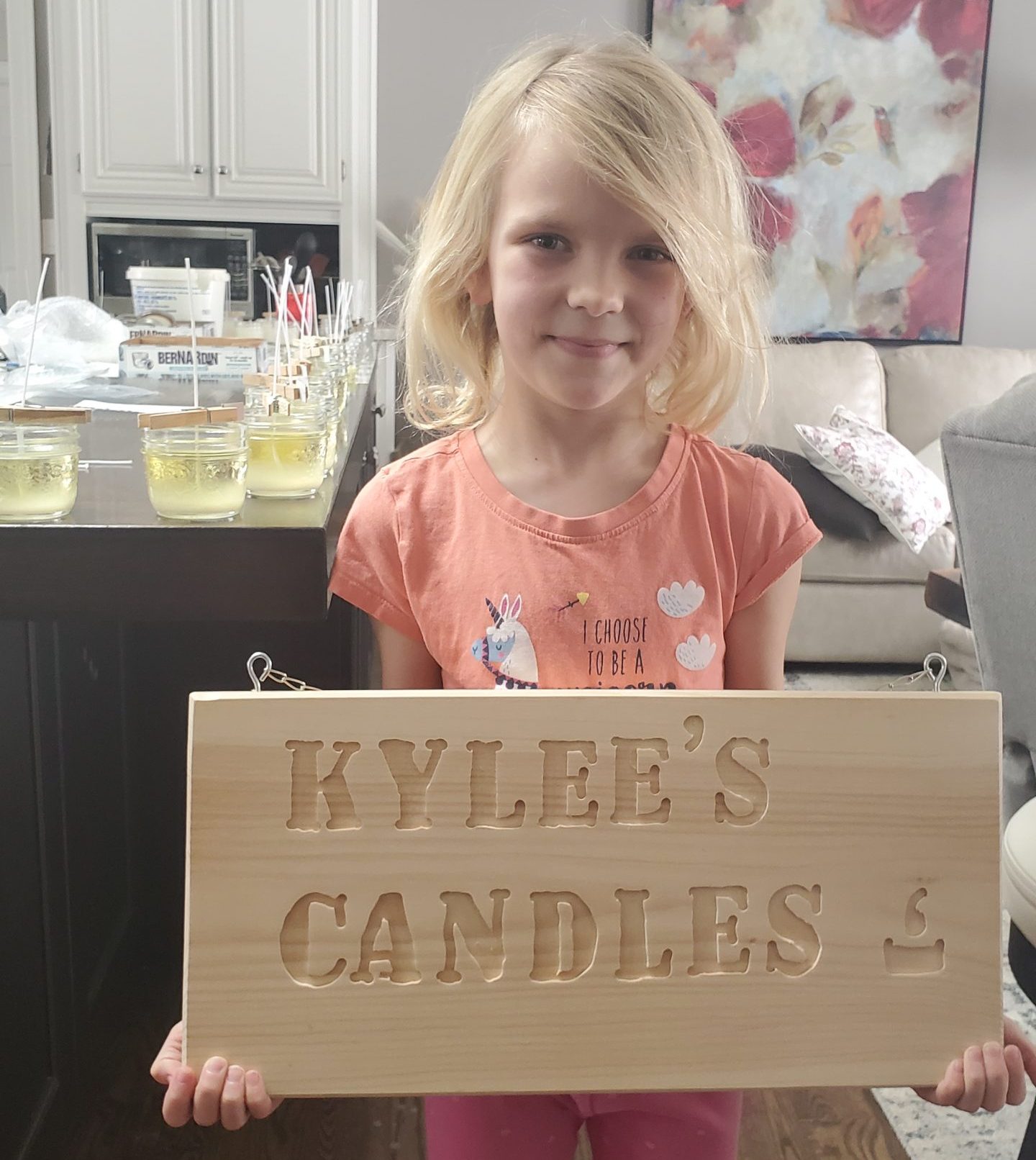 FERGUS – A seven-year-old Fergus girl who started making candles to raise money for The Hospital for Sick Children in Toronto, made a donation of $1,500 to the charity earlier this month.

Kylee Johnson and her mother Lisa Johnson took up the hobby of candle making to change things up during the pandemic, according to Kylee’s mother.

Lisa said she never expected to be selling the candles, let alone making over 300 of them.

Their original goal was to raise $500 to donate, but according to Lisa, with the support they received from the community, they were able to donate three times that amount.

“We were just ecstatic really, we never thought that it would have gotten to that level,”  said Lisa.

Kylee said her favourite part of making and selling the candles was knowing that she is helping other children in need.

When the word got out about “Kylee’s Candles”, the pair received an outpouring of messages from members of the community.

“We had past patients from SickKids, nurses and other medical staff all reaching out to see how they could get involved or help us out,” said Lisa.

They also received a lot of stories from parents with children in SickKids, and past patients of the hospital.

Lisa said “it was pretty touching to hear their stories, and it made us feel like we were making an even bigger difference then we had originally thought.”

Several local businesses also reached out to donate supplies to the fundraiser, she added

“As great as it is to give back to a charity that we cared about, we really liked that this was such a great chance to connect with the community, and it was a little bit of light for our family during some tough times,” said Lisa.

She explained it was a lot of work making all the candles, but they were able to complete the task with the help of Kylee’s grandparents.

“We, as a family, are always looking for opportunities to give back,” said Lisa.

She added the family is already looking forward to the next fundraisers.