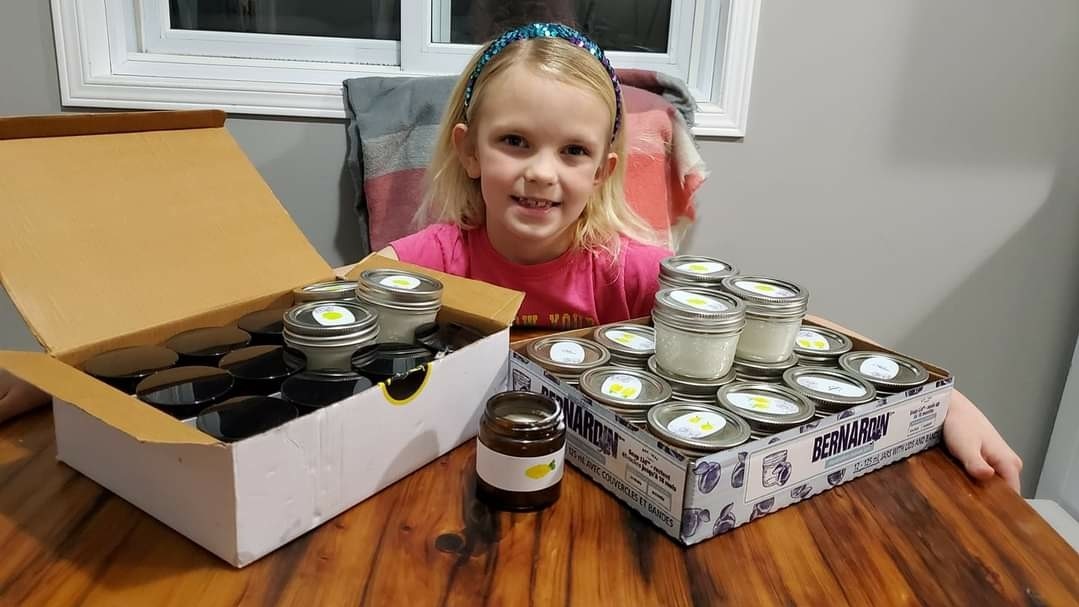 Kylee Johnson, 7, of Fergus, is making and selling candles with help from her mother and donating proceeds to the Sick Kids Foundation in Toronto. Submitted photo

FERGUS — A Fergus girl is making candles and selling them to raise money for SickKids Hospital.

Lisa Johnson and her seven-year-old daughter Kylee, needing to find a new hobby during the COVID-19 lockdown, stumbled onto the idea of candle making.

“We’ve done a lot of crafts together, especially over the past year being kind of limited in the activities we used to do …  we’ve kind of exhausted all of our typical colouring and painting, and I had just happened to come across a [candle making] kit,” said Lisa.

She added she never expected to be selling the candles her and her daughter were making.

“When we made a post on Facebook just sharing that she was getting into something crafty, a lot of friends and family reached out in maybe purchasing them,” she said.

“So when I asked Kylee if she wanted to do that she was very excited and then she mentioned that she would like to donate the money.”

The SickKids Foundation in Toronto is the charity her daughter wanted to help.

So far, they have received more than 80 orders and have raised over $350.

Lisa added she expects Kylee to have raised over $500 before they make the final donation at the end of February.

“It spread kind of through the Fergus groups on Facebook, originally it was just kind of a private friends and family (thing) but now people are reaching out that have heard the story …  it’s definitely gotten way bigger than we ever hoped.”

Kylee has made all of the candles herself, with supervision, said Lisa, who added that she is really impressed with the great job her daughter is doing.

If you are interested in purchasing one of the candles you can reach out to Lisa Johnson at Kyleescandles@gmail.com.

The four-ounce candles are $5 dollars each and come in three different scents: vanilla lavender, bergamot and Scottish heather.