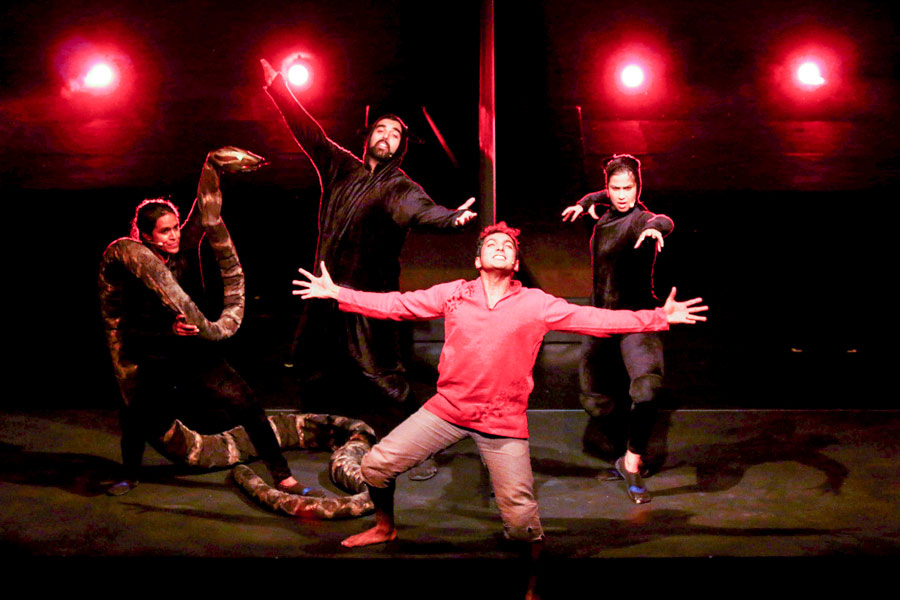 Law of the jungle - The Jungle Book is coming to the River Run Centre in Guelph on Jan. 5.
Submitted photo

GUELPH – Theatre-goers can experience Rudyard Kipling’s Jungle Book like never before during a new theatrical adaptation of the classic story at River Run Centre Jan. 5 at 1 and 4pm.

Characters like Mowgli, Bagheera, Akela and Baloo come to life as part of a joyous family production including eye-popping video, shadow-play and original music.

Celebrating his 25th birthday as an architect in New York City, Mowgli is taken back to memories of his childhood in the jungles of India.

He begins to flip through the pages of his journal – his “jungle book“ – reliving the stories of his youth.

As a toddler, Mowgli is lost in the jungle after a vicious tiger, Shere Khan, attacks his family.

The young Mowgli is rescued and adopted by two wolves, Akela and Raksha, who raise him in their pack.

He learns “The Law of the Jungle” from a bear, Baloo, and a panther, Bagheera.

The new theatrical production of Jungle Book sees Mowgli reconnect with his human mother and sister, beginning a journey that requires the help of both his animal and human families.

In the end, the older Mowgli comes to understand the need to “let in the jungle” and connect the human and natural worlds to achieve balance.

Tickets can be purchased at River Run Centre box office, 35 Woolwich St. in Guelph, by calling 519-763-3000, or online at riverrun.ca/jungle-book.